‘The End of the World’: A Poet’s Journey from Syria to Algiers 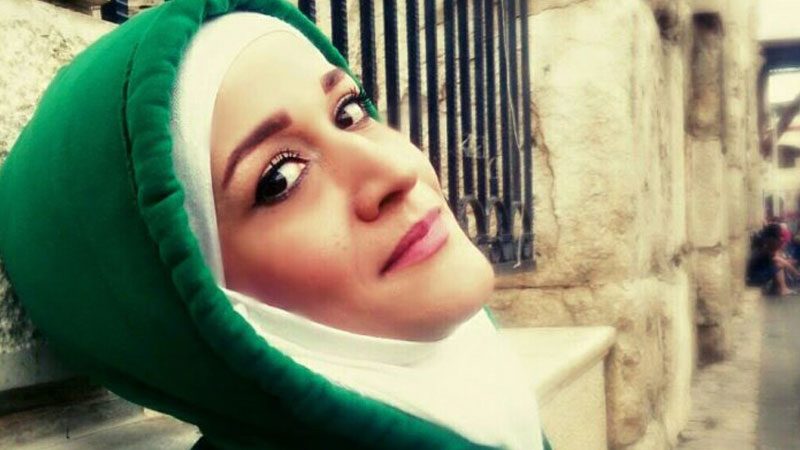 This story was originally published on Budour Hassan's blog.

Last year, on November 25, Dima Yousef, her mother, and two sisters landed in the Algerian capital. Her mother had decided that living in war-torn Syria was a gamble that the family could no longer risk.

Dima Yousef, a 30-year-old poet and Arabic language teacher, is the third of five siblings. Born and raised in Yarmouk refugee camp in the southern outskirts of Damascus, she belongs to a family uprooted from the Palestinian village of Hosheh, east of Haifa. The village had been the site of a fierce battle between the Arab Liberation Army and Haganah paramilitary forces in April 1948. It fell to the Haganah’s Carmeli Brigade on the 16th of that month, forcing all residents to flee either to neighboring villages or to Lebanon and later to Syria, where Dima’s grandparents settled.

A lone palm tree, a graveyard, and some ruins bear witness to what was once a peaceful agricultural community. Physically destroyed, Hosheh was revived through the stories and memories passed on by the survivors to the second and third generations of the Nakba, the ethnic cleansing of Palestine by Zionist militias in 1948.

When Dima bid Damascus a final farewell, she was overwhelmed by the jarring sense of permanent loss and uprooting, the feeling experienced and often articulated by Nakba survivors in Yarmouk.

There are no regular power cuts and fuel shortages in Algiers, no random mortar shells or military checkpoints tearing the city asunder. Yet, somehow, Dima always felt “safer” in Damascus. “It would be ungrateful of me to complain or talk about nostalgia,” Dima told me. “I am lucky to be alive, to have a room of my own, but I miss everything about Damascus, even all those long days without electricity.”

Upon leaving Damascus, Dima could only fit her most precious belongings in her bag, including the books a dear friend had given her. But she left behind a heart torn in two: one piece lay in the timeless streets of Damascus’ Old City; the other remains in Yarmouk, or what is left of it.

Dima is eloquent in her vivid poetry, yet still struggles to put into words what she misses most about Yarmouk. She hasn’t been able to set foot in the camp for over three years, and deep down, she knows she will never go back again. She writes:

No, not just the streets, the alleys, the houses or my memories that are still floating there. Not just people’s faces, their clear eyes, their raw emotions and their astounding intimacy. These are not the only things I miss about Yarmouk.

Not just my father’s grave, the presence of which I haven’t gotten used to yet. Not only do I miss the things I used to possess, the things that were mine: my home, my family, my friends, my life.

Life! This is precisely what I miss the most when I think about the camp. Life, in all of its noise, its anguish, and its exhaustion. Yarmouk and its people were masterful at imbuing everything around them with life, pulse, warmth and spark.

‘Yarmouk never sleeps,’ this is what anyone who knew the camp used to say. It never slept as though it were scared of missing something. Yarmouk has always been true to this habit. And even when death arrived, Yarmouk stayed awake and missed none of it.

It was in July 2013, just before Syrian government forces imposed a full siege on the camp, that Dima and her family fled Yarmouk. Dima had to face so many losses: the high schoolers she used to teach, who were both her students and her friends in Yarmouk; her home in the camp, which was destroyed by shelling; and her father, who succumbed to his wounds in that same month after being shot by a sniper. 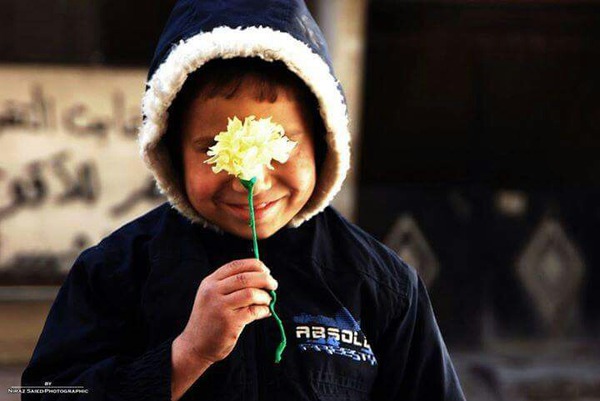 Death by a sniper, Dima would later conclude, is still more merciful than the slow death under siege.

In an untitled poem, translated by Fawaz Azem, Dima explains that her father “would have surely been destroyed by his indignation at seeing hunger rampaging on the bodies of the young, unstoppable!”

She goes on to say:

Thank you, bullet that claimed father’s life before it was claimed by indignation!

Thank you, sniper, who performed his ablution with his blood!

Thank you father’s blood, which brought closure to the scene!

In another cruel twist, Dima, then encouraged by friends to begin seriously contemplating the idea of publishing her first poetry collection, was arrested by Syrian security forces on November 27, 2014. The reason for her arrest was a complaint presented against her two years earlier. It stated that she was “active” on Facebook pages opposing the Syrian regime of Bashar al-Assad.

Since the beginning of the Syrian uprising, Dima has been explicit in her support for peaceful protests and has spoken out against repression. Yet, she has never considered herself an activist, arguing that rejecting injustice and oppression is the natural thing to do, not a form of activism.

“I’m not a hero and what I faced in prison pales in comparison to what most detainees go through,” Dima reiterates. “You do not need to be a political activist to express solidarity with people under siege and shelling.”

Dima believes she was lucky not to have been tortured or humiliated like the others. She spent two weeks in detention, but knows that people can spend years and even die in Syrian prisons on the basis of reports linking them to political activism.

“A year ago today, I learned that there are places that God never visits,” Dima wrote on the first anniversary of her arrest, referring to the security branches run by the Syrian government.

Although she often preferred not to rub that unhealed wound, in an unpublished diary, titled “The End of the World,” Dima tried, for the first time, to articulate what her experience in detention was like.

“Now I know what the end of the world looks like,” she begins.

It is a wall covered with many scribblings and indecipherable words written by the prisoners; a wall filled with pleas and the counting of endless vanishing days; a wall that testifies to the voices of those who try to create noise out of the inaudible screams buried in their throats.

I would open my eyes and close them to a prayer scrawled in black large letters, as if the person who wrote it had tried to release all the darkness and indignation inside her through one last supplication.

On prison walls, so many women left their names behind like stains of blood. With an eyeliner forgotten in one woman’s pocket, the edge of a button, or with their nails, they scratched the harsh face of truth embodied by a prison wall upon which life begins and ends.

Or perhaps, they simply wrote down their names to make sure that they still exist and that their names have not been thrown into oblivion.

In her prison diaries, Dima also remembers the screams of tortured detainees — the screams that are too painful for “just one heart and two ears” to handle — the everyday “tricks” used by women to cope and survive, and the wait for prison doors to open, for the guard to call the names of those selected for release, and for the arrival of the “morning bus” — the bus that transfers detainees out of jail, “from a certain death to a possible life.”

She writes about her anger at being dragged to a corner by a prison guard and photographed by an officer, known as Abu Ali, without being allowed to smile.

“If only he’d let me smile, smile to all the faces of prisoners photographed for the last time of their life, by Abu Ali.”

During her two weeks in detention, Dima’s family insisted on maintaining utmost secrecy for fear of possible repercussions.

Dima, too, was reluctant to talk about her brief arrest due to the stigma associated with political detention and the fact that she was a public-sector employee in Syria.

For Dima Yousef, exile and imprisonment bear many similarities: the alienation, the loneliness, the uncertainty, and a feeling that time is frozen and that her life is on hold.

Dima is finding it hard to break free from the shackles of memory and longing just as she struggled after her release from prison.

Her free-verse poetry gives her strength and solace.

The fact that her poems are only published on her personal Facebook page means that Dima’s poetry has yet to receive the publicity or the readership it deserves. But thanks to Azem’s translations, the poems reached unexpected audience, when Chicago-based flautist Shanna Gutierrez adapted one into a musical composition.

“Songish” meant a lot to Dima, who is also a big fan of the flute. It reaffirmed her faith that poetry and music have the power to break borders she is forbidden from crossing, and to show the human face of a tragedy mostly reduced to numbers and geopolitical calculations.

In a journey that continues to be marked by uncertainty and marred by individual and collective losses, Dima has no idea where life will take her next. What she does know for certain is that distance is measured by heartbeats rather than miles. And Yarmouk lives in each and every heartbeat.