100 Years of Beauty in Central Asia and the Caucasus 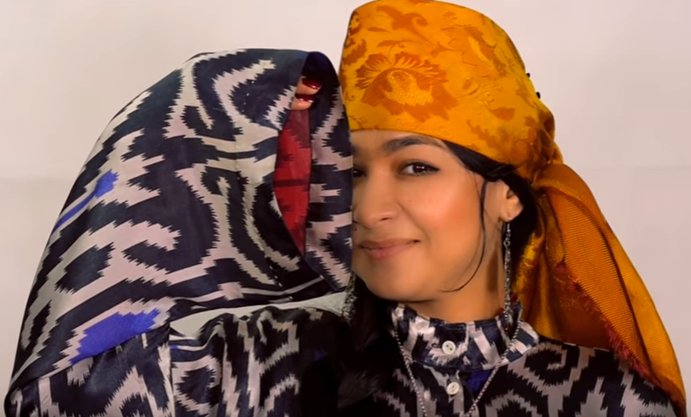 Following in the footsteps of Cut.com's 100 Years of Beauty series, filmmakers in several countries of the former Soviet Union have made their own videos documenting the history of women's fashion in their respective corners of Eurasia, helping to perpetuate a well-celebrated global meme.

Among the countries that once constituted the underbelly of the Russian empire, inspiration came first to Kyrgyzstan, a country of six million people in Central Asia's mountainous and comparatively water-rich east.

The history takes viewers through the traditional nomadic attire of the Kyrgyz, whose conversion to Islam from shamanistic beliefs was a drawn out process that did not reach a peak until the middle of the 19th century.

Even today there is controversy over what religiously-acceptable dress in the country should constitute, with the country's outspoken and occasionally bellicose President Almazbek Atambayev supporting the proliferation across the country of banners warning against the foreign influence of the niqab veil.

A common feature of the 100 Years of Beauty videos in the ex-Soviet Union is a pause for sadness during the 1940s, when the bloc fought on the allied side against fascism in what is most commonly referred to across the regıon as the Great Patriotic War.

In Kazakhstan's version the model also cuts a solemn figure during the 1930s when Kazakhstan, along with Ukraine, experienced the sharp end of a famine enforced by Stalinist agricultural policies.

Below is an  alternative Kazakhstan video endorsed by local news outlet Tengri News:

In the oil-wealthy Turkic nation of Azerbaijan there are also two separate 100 Years videos vying for the attentions of users:

Both videos show how Azerbaijan, like Turkey, has adopted elements of Western and Eastern fashion while retaining its own special stylishness.

Although a slow-burning military conflict over the contested region of Nagorno-Karabakh makes it very difficult to travel directly to Armenia from Azerbaijan in real life, that is our next stop.

The Armenian model showcases the unique dress associated with what is possibly the world's oldest majority Christian society, pausing for sadness around the time of the Armenian genocide that took place during the twilight of the Ottoman empire.

Oddly, the model is also found in possession of a pocket-sized mobile phone ahead of schedule, in the 1980s.

The most recent of the 100 Years of Beauty videos from the region comes from Tajikistan, and was uploaded onto YouTube on October 22.

The model's dress reflects that seen over the years in the conservative north of the country and in the ancient Silk Road cities of Samarkand and Bukhara that comprise part of modern-day Uzbekistan but retain a special cultural importance for speakers of the Iranian-family Tajik language.

The video demonstrates a notable lack of influence from the West but also a style of clothing distinct from that seen in Islamic cultures in the Middle East.

While videos from Georgia, Turkmenistan and Uzbekistan are still needed to complete the collection, the existing videos have already done much to further the cause of diversity in a world that tends increasingly towards homogeneity.

This was a point made by YouTube user Das Staubkorn:

I am usually in favour of globalization, but it definitely ruined the unique and beautiful clothing of every country. Folk costumes are so beautiful, we should wear them again.