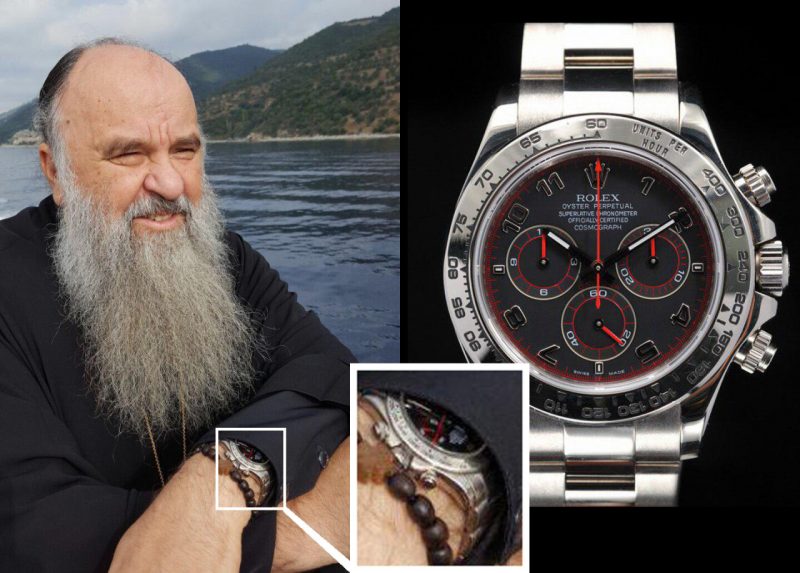 The Russian Orthodox Church has another scandal on its hands, or rather on the wrist of one of its top clergyman in St. Petersburg, where the archdiocese recently published photographs taken on Metropolit Varsonofiy’s travels to Greece. In one of the happy images, journalists spotted what appears to be a Rolex Daytona 116509 — a wristwatch that retails for roughly 2.5 million rubles ($40,000).

Varsonofiy went to Mt. Athos on Oct. 23, where he met with the new abbot at a monastery operating within the jurisdiction of the Russian Orthodox Church.

According to Varsonofiy’s own account, he congratulated the abbot on being selected to his new position, and gifted him a holy cross. To mark the occasion, the church released several photographs of the meeting, including one picture revealing part of what appears to be Varsonofiy’s very expensive wristwatch.

Rolex introduced its Cosmograph Daytona series in 1963, designed specially to “meet the demands of professional racers.” A watchmaker in St. Petersburg reportedly told the Fontanka news agency that a Rolex Daytona 116509 could likely be purchased on Russia’s black market for about 25,000 euros.

The press office for St. Petersburg’s archdiocese says Varsonofiy is still in Greece, telling reporters that clarification about his wristwatch will have to wait until he’s back in Russia.

There was a similar controversy four years ago, when Internet users noticed that the Russian Orthodox Church edited photos of Patriarch Kirill to conceal his $30,000 Breguet wristwatch. Sadly for the church, its photo editors forgot to remove the watch’s reflection on a tabletop.

The church first denied the story, but later blamed an “inexperienced staff member.” 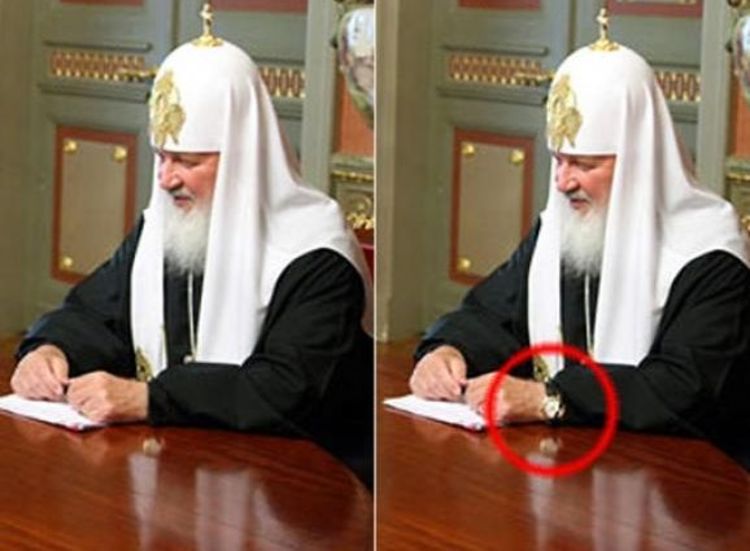 Outside Russia's clergy, Vladimir Putin's longtime official spokesman, Dmitry Peskov, landed in the center of a political scandal in August 2015, when anti-corruption activists spotted a $620,000 Richard Mille RM 52-01 wristwatch in his wedding day photos. Peskov claimed the watch was a gift from his bride, and insisted that it was worth just $3,500, but this wasn't the first time he was pictured wearing the timepiece.

The story was one of the first and biggest revelations made by activist Alexey Navalny about the vast personal wealth of individuals in Vladimir Putin's inner circle. Navalny has continued to publish similar investigations for the past year.