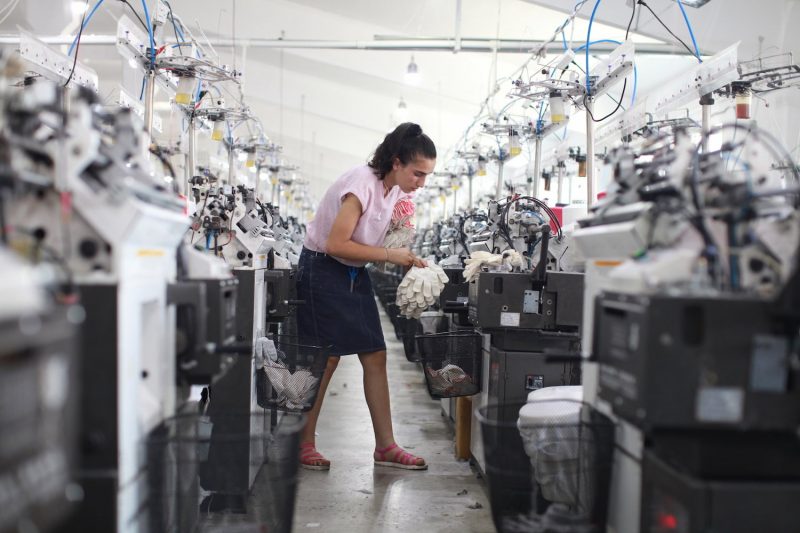 A woman at work at the huge glove factory in Choratan, a village near the Armenia and Azerbaijan border. Photo: Chai-Khana.org.

Over 700,000 Armenians find work abroad, mostly in Russia, and send back remittances worth the equivalent of a fifth of GDP. Unemployment in the Caucasus country is high, especially in rural areas and areas close to the border with Azerbaijan, with whom the republic has a bitter conflict over the contested territory of Nagorno-Karabakh stretching back to before the pair gained independence from the Soviet Union.

In such places, infrastructure is sorely underdeveloped.

This is what makes the decision of one entrepreneur from the Tavush region in Armenia to set up a glove factory in precisely such a location so remarkable.

In the subtitle-enabled video below produced by Global Voices’ partner Chai-Khana.org, employees of the factory, many of whom are women, explain why they took a job at the glove plant instead of one in Armenia's political ally Russia.

Currently the factory in Choratan village has 150 employees, and sales of gloves — mostly to Russia are growing.