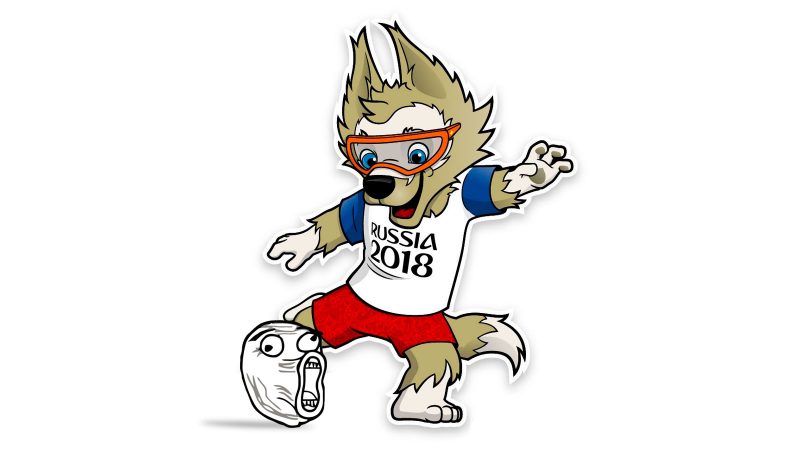 Last week, Russia revealed its mascot for the upcoming 2018 FIFA World Cup. It's a wolf named “Zabivaka.” The cute little guy has orange sunglasses (some have said they look like ski goggles) that never leave his furry head, and he's dressed in shorts and a t-shirt.

It's too soon to know if this creature will make a good ambassador for Russia or the world's grandest soccer tournament, but it's fair to say already that Zabivaka has gone viral.

If you don't speak Russian, it might be hard to grasp what's so damned funny about this relatively anodyne-seeming wolf person. To understand what has Russians across the world giggling, let's review some of the linguistic subtleties and cultural references at play.

Ironically, the man tasked with announcing the mascot's name was Vitaly Mutko, who is infamous in Russia for butchering the English language in various public settings in recent years. He's made such a reputation for himself that Prime Minister Dmitry Medvedev even teased him in front of the government cabinet on October 20, when Mutko was promoted to deputy prime minister, reciting one of his most infamous English-language gaffes.

You can already visit FIFA's website and read a charming little biography about Zabivaka, who's described as “confident and social.” Wondering what's up with his headwear? According to FIFA, those glasses are magic: “He has taken to wearing cool sports glasses when he’s in action; he believes they give him special targeting powers on the pitch. And he loves to pose for photos!”

The name “Zabivaka” derives from the verb “zabivat” (забивать), which has several meanings. The first and the most straightforward translation is “to score,” so Zabivaka is someone who scores goals. Apparently, that’s what the wolf’s creator, Russian designer Yekaterina Bocharova, had in mind, when she came up with the name.

In Russian, however, you can “zabivat” a whole lot of other stuff, too.

“Zabivaka” sounds pretty close to “zabiyaka,” which is a “bully” or a “troublemaker.” A zabiyaka is someone who provokes a fight. This word is not used very often today in Russia, and you're most likely to see it in a children's book or a Soviet movie about school kids, but it's still common enough that any Russian speaker would recognize it. A zabiyaka will tease you and push you, until you punch him.

Bully the Wolf welcomes you to the 2018 FIFA World Cup? Image: Pikabu forums

“Zabivat” can also mean “to get over something” or “to give up on something.” You could use the verb to talk about missing classes, ending relationships, ignoring someone’s opinion, or refusing to face your problems. This use of the word is slang, and it's a shortened form of an idiom that also contains the word “khui,” which is Russian's most adaptable and foulest obscenity. A fine association for the mascot of a multibillion-dollar sporting event, no?

Another translation for “zabivat” is “to beat someone dead.” In this context, the word is often used in criminal news stories and in conversations about slaughtering livestock.

Most importantly for Internet users, “zabivat” has special meaning in drug culture. “Zabivat” means to fill an empty cigarette with marijuana. It's an old slang word, which has been around for several decades, and it's not widely used now. Nevertheless, anybody in Russia over the age of twelve — even the ones who've only laid eyes on pot in movies — knows what this slang means. 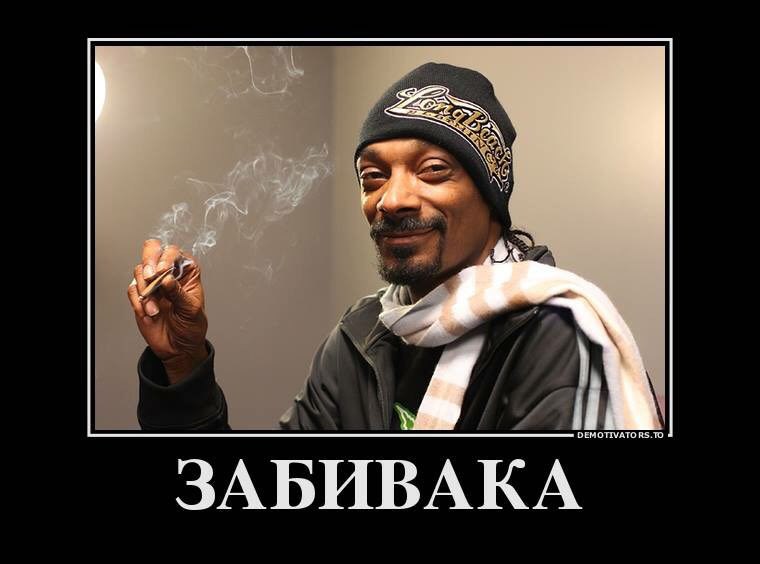