The death of a gay French professor who reportedly never fully recovered from the loss of his partner to cancer last year has triggered a call for the Taiwan Legislative Yuan to pass the pending Marriage Equality Act.

Jacques Camille Picoux, born in 1948, moved to Taiwan in 1979. On October 17, 2016, one year after his partner's death, he was found dead outside his apartment building in Taipei. He had died after falling from the top floor of a 10-story building, according to Taipei police. The police have ruled out homicide and foul play as they did not find any signs of fighting or a struggle in his apartment nor on the building’s rooftop.

Jacques was a well-known artist in Taiwan. After he retired from teaching French in 2005, he continued making art and held a solo exhibition in 2012. He also played an important role in an award-winning movie called “The Assassin” (2015).

His students and friends believed that he was driven to death out of depression following his partner's death in 2015; the fact that their partnership was not recognized legally had left him in agony. 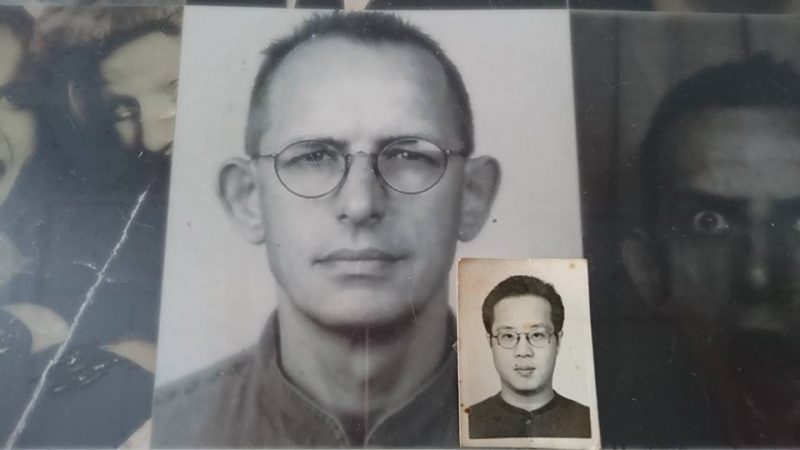 Yen-Jong Lee, a former student of Jacques, posted photos of Jacques and his partner and wrote about their story on her Facebook in October 2015, after Jacques’ partner passed away.

This is a true story about two men.

They were a couple who loved life, and they had been together as partners for 35 years. They promised to share their life together, but the younger one passed away due to sickness… Let us call him C here — C was hospitalized due to recurring cancer, and his situation got worse quickly… He had only one wish when he was in the hospital: Let his partner, J, continue living in their apartment and leave sufficient money to J so that he could carry on with his life without having to worry too much. This was such a simple wish. However, they were not married, and their relationship had no legal protection. His simple wish turned out to be extremely difficult in real life… J's friends and students didn't learn about C's condition until very late, and when they went to the hospital, they found that C's family had started transferring C’s property to his family members… Even though C and J had lived together for 35 years, J could not do anything about it because they were not legally married.

Several days later, C’s condition became worse and he fell unconscious… J knew that C wanted the pain to end as soon as possible. He told the doctor ‘as soon as possible’. However, the doctor only listened to the opinions of C’s family, and they were the ones to make the decision [about resuscitation]. Just because J and C were not married, they were unrelated strangers, legally speaking.

C passed away. On that day, J stayed at home. He refused to eat and kept drinking vodka. Slept, woke up and cried. 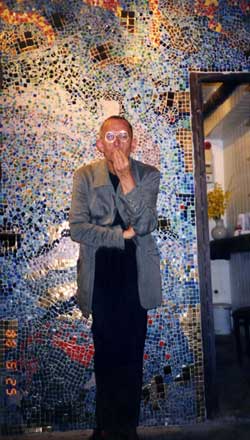 Jacques Picoux and his art.

The death of Jacques has prompted Taiwanese to push for the passage of the Marriage Equality Act, which has been pending in the Legislative Yuan.

The bill was presented to the Legislative Yuan in 2012 and had its first reading in 2013. However, after a massive mobilization against same-sex marriage in 2014, the bill was suspended. While current Taiwan President Tsai Ing-Wen is a strong supporter of LGBT rights, the LGBT community is disappointed that the Tsai administration has stalled the legislation.

Taiwan is considered one of the most liberal countries in Asia because of its LGBT-friendly environment. Yet Jacque's death speaks volumes about how being “friendly” is not enough.

Upon hearing the news about Jacques’ death, Hsin-Yi Chu, who is gay herself, criticized the lip service paid to LGBT rights and urged for more concrete act of support:

Professor Picoux passed away today.
Why couldn’t a partner of someone for 35 years live as someone’s legal spouse and face sickness and death together like a legal spouse?
This world is hypocritical! For those who say that Taiwan is very friendly to LGBT groups, those words are just lip service. They say that they support LGBT groups, but they refuse to give LGBT groups any right. [The “friendliness”] is pure hypocrisy!
Don't just pay lip service to “equal rights for the LGBT community”. Words are empty! As long as same-sex marriage is not legalized, it means nothing!

The LGBT community is also preparing to make a final push to speed up the legislation in the upcoming pride parade in Taiwan on October 29. The theme of this year's parade is “Shatter the mask of hypocritical kindness“:

Our society is paying a lot of lip service [to the LGBT community]. They talk using kind and friendly words and claim that this or that is “for your own sake”.
At the core of these words are minute and disguised discrimination and feigned acceptance. They do not see the real-life experience and do not address the difficult circumstances faced by the diverse people within the LGBT community. Discrimination becomes minute but prevailing. Under such discrimination, LGBT people are not free to be themselves and they have to struggle and fight against [prejudice disguised in kind words] constantly. It is frustrating and painful.

The parade organizers highlight some examples of the above mentioned “kind” words:

I do not object gays or lesbians, as long as my kids are not one of them.

I am fine with lesbians, but I cannot accept gays.

I think those transgender people are very brave, but we should not let kids know about them since kids know nothing.

If you have AIDS, you should not come out, or you will be dangerous to other people.

It is good to be yourself, but girls better be conservative.

Some believe that the passage of marriage equality legislation in Taiwan is just a matter of time. But the bill has been pending for more than three years now, and some are worried that the government might water it down to a law establishing same-sex partnership — not marriage — to gain more public support. The LGBT community and their supporters are getting impatient about the delay.

Update: The once suspended Marriage Equality Act, which is a proposed amendment to the Civil Code that would allow for same-sex marriage, was revised and submitted by a group of legislators again on October 25. Although it will take a lot of time and effort to pass the new amendment, the bill is finally set for consideration again.