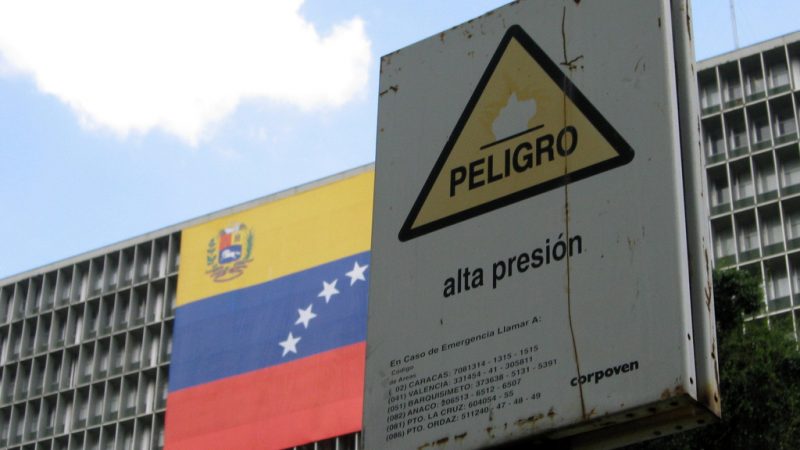 Throughout 2016, the Venezuelan political agenda has centered on a possible recall referendum against President Nicolás Maduro, a path that in recent days has been blocked — definitively, it seems — by the government, which has repeatedly threatened that it would not allow one to happen.

The road to a recall referendum has been riddled with obstacles. The Venezuelan National Electoral Council (CNE in Spanish) has put up many hindrances to the process, pushed legal deadlines, and created requirements that didn't originally appear in the law. Nevertheless, those pushing for a recall finally managed to get the National Electoral Council to convene the next step of the process (gathering signatures from 20% of the electorate) during the week of October 24, 2016.

However, the petition drive was suspended unexpectedly on October 20 when following the simultaneous ruling of six tribunals, the electoral authority announced its decision to “comply with precautionary measures” and suspend the process indefinitely.

The controversial move comes as the CNE took the unilateral decision to suspend regional elections — which decide federal governorships — until 2017, despite the fact that according to constitutional deadlines, they should take place this year.

Journalist Alberto Rodríguez discussed these events as such:

We need to call things what they are, as they are, by name.
Of course there is a dictatorship in Venezuela.
Do we need more evidence?

In a context of social, political and economic crisis, with the highest violence and inflation rates in the world (it is predicted that inflation will close out the year at 500%), and against a backdrop of grave and complex food and medicine shortages, for many Venezuelans a recall referendum was the only path that would allow the country to recover its lost institutional structures and create a governance pact.

The opposition leader and governor of Miranda state, Henrique Capriles, described the decision to put the brakes on the referendum as a “coup d'état.” Meanwhile, shortly before announcing that the recall had been suspended and just before leaving for a tour of Iran, Azerbaijan, Saudi Arabia, and Qatar, President Nicolás Maduro urged his supporters in a speech not to accept “other elections where the oligarchy may achieve some triumph.”

Francisco Toro, editor of the news website Caracas Chronicles, emphasized in a piece for the Washington Post newspaper how unexpected the measure was for the greater part of Venezuela:

Even for battle-hardened Venezuelans, it all came as quite a shock. A major signature-gathering drive to officially activate the recall vote was scheduled for next week. Opposition activists were busy preparing their plans to get out their voters to sign. No one, not even the military, seemed to have been expecting this.

A democratic government consults the people. A dictatorship flees the electoral vote. They are killing the RR (recall referendum) because a drug-corrupted government is a dictatorship.

In response to the suspension, protests sprung up over the weekend in different parts of the country, and the National Legislative Assembly, which is controlled by a coalition of opposition parties, convened a special session this past Sunday, October 23. The congressional session, however, was interrupted with the entry of pro-government agitator groups onto the floor.

Several of the parties in the opposition coalition have asked the people to join together in civil disobedience. In the context of this debate, citizens have called on political leaders to concentrate on the issues of national importance:

The problem is not “hunger,” nor “the people,” nor the “majority;” it is the rule of law that doesn't exist. Focus, please, legislators.

During the session, the National Assembly decided to proceed with the immediate appointments of CNE's new rectors and magistrates of the Supreme Tribunal of Justice — the first steps in the process of a possible indictment against Nicolás Maduro. It is important to point out, however, that the Supreme Tribunal of Justice previously declared that all measures taken by the National Assembly would be considered invalid.

The agreement approved by the National Assembly includes a series of bullet points that aim to restore institutional structures to the country:

Tweet: What does the agreement that the National Assembly just approved establish?

Image: Agreement for the restitution of constitutional order

In spite of taking these steps, some citizens are still discontent with what they consider to be an insufficient response by the National Assembly:

What was sold to the people was that today in the National Assembly the mother of all battles against the regime would happen. It deserved to declare itself permanently in session

In response to the Assembly's special session, the pro-government leader and legislator Diosdado Cabello wrote:

The National Assembly's show ended: Maduro continues to be president, the legislative power hit rock bottom, Chavez People are moralized and in combat

The National Assembly's authority, won by the opposition's coalition in the 2015 elections, has been ignored by the ruling party, which controls the remaining four public powers and even decided to approve the national budget for 2017 last week without authorization from the legislative body.

Apparently, the immediate future of Venezuelan politics is a game of chess with very few available moves.