Sri Lankan Tourism: Booming Again, But Mostly for the Military 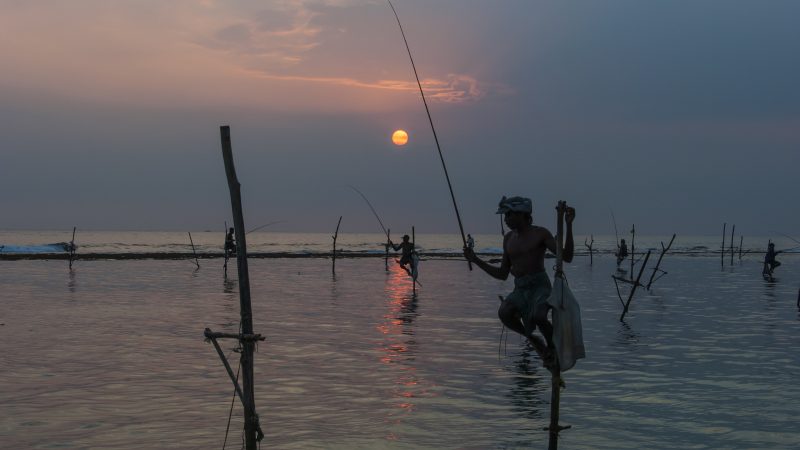 Sri Lanka has been a popular tourist destination for centuries, and tourism is a key source of revenue and a driver for local economy. The Sri Lankan Civil War, which spanned more than 25 years and ended in 2009, naturally hurt the country's tourism, keeping the industry stagnate.

Tourism has been rising rapidly ever since the end of the war, however. Among many new developments, the Sri Lankan government is implementing a major 4,000-acre tourism development project 175 kilometers north of the capital Colombo at Kalpitiya, which is revered for its scenic beauty.

Raisa Wickrematunge writes in Groundviews that more than a million tourists visited Sri Lanka between January and August this year alone. This is an industry that provides thousands of people with jobs, either directly or indirectly.

There is evidence, however, that locals are being denied work in the tourism industry on a systematic basis. Wickrematunge found several local people who say they were not allowed to work for tour companies. In some cases, individuals weren't even allowed to offer their own services directly to tourists, such as boating and hospitality services. Indeed many hotels—both private facilities and those owned by the armed forces—refuse to employ local workers.

The Sri Lankan military, incidentally, is investing heavily in the tourism business. The armed forces have several hotels and resorts, many restaurants and cafes, and other tourist facilities. 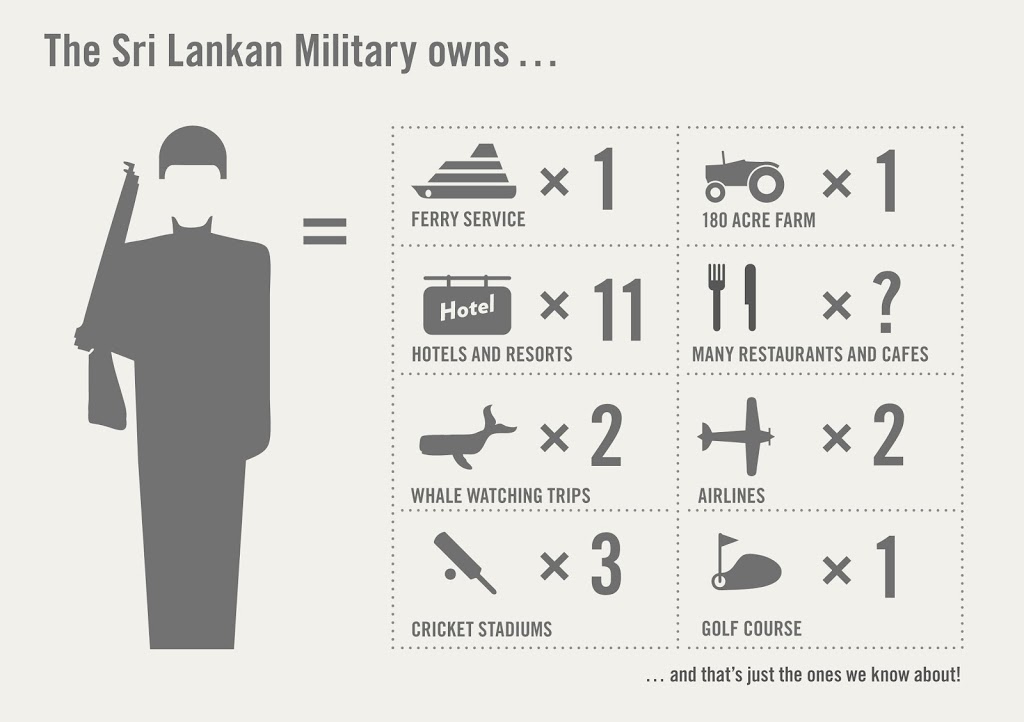 According to a recent report by Global Risk Insights, the military is using press-ganged soldiers receiving negligible wages to staff resort and entertainment venues owned by the army. A report by Society for Threatened Peoples, titled “Dark Clouds Over The Sunshine Paradise,” found that the military secures lucrative additional income through the tourism sector by employing members of the military in tourism, which allows it to beat competitors’ prices in the private sector.

Out of every tourist dollar spent in Sri Lanka, a significant portion goes to funding the military, which critics say is grossly oversized and lacks a raison d’être after the end of civil war. Instead of demilitarization, as many as 200,000 troops remain stationed in the Tamil-populated north—nearly one soldier for every ten civilians. 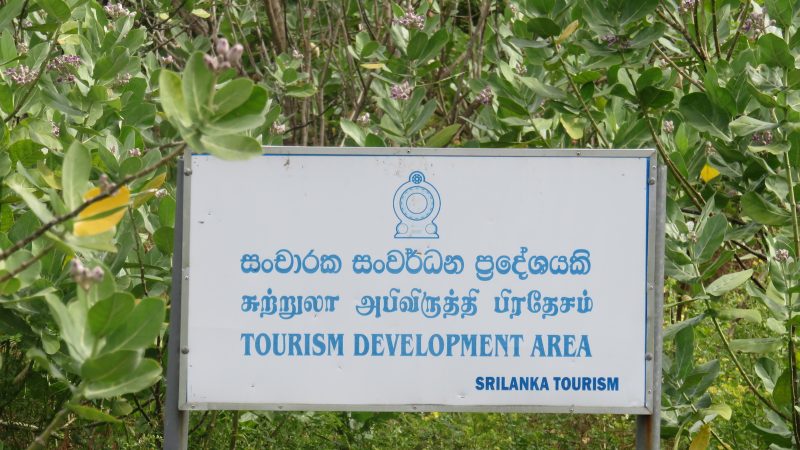 Board declaring the Tourism Zone in Kuchchaveli. Image via Groundviews.

The rapid development of tourism has also led to other problems. The new tourism initiatives by the military and private companies are depriving many local populations of their traditional lands, most seriously affecting community life and cultures in places like Kuchchaveli, Passikudah, Kalpitiya, Jaffna (in the Northern Province), and Panama (in the Ampara district of the Eastern Province).

Yves Bowie at Groundviews shares a few stories from these local communities:

Kuchchaveli is a small fishing village in the north-east of Sri Lanka. The people are mostly engaged in fishing and agriculture. At the end of the war, a lot of land in Kuchchaveli was occupied by the Sri Lankan Navy. The villagers had to leave their own homes, their farms, and their fishing areas. After the end of the war they wanted to return to their land but the Navy did not leave.

The villagers in Passikudah area are mostly fishermen and their families. They have been fishing in this area for generations. After the hotels were built most of them had to leave their workplaces. The boat fishermen were sent to a very small place in the corner of the bay, which they also might have to leave soon. They are under a big risk of losing their livelihood.

Tourism must be centered on local populations and war affected peoples. Consultations with them is crucial if tourism is to act as catalyst for peace, reconciliation and development. Tourism projects should take into account their sufferings, aspirations and support their struggles for truth, justice and economic development in a sensitive way.

Tourism must not destroy or damage socio-economic-cultural practices of local communities and uproot them from their traditional lands and livelihoods. They should not be marginalized and denied economic opportunities presented. [..]

Government and military must not use tourism as means to promote their political agendas and propaganda. Memorials and other remembrance initiatives by local communities must be promoted and government must also initiate official monuments and remembrances focusing on civilians and all those affected.

Groundviews, an award-winning citizen journalism website in Sri Lanka, is a content-sharing partner of Global Voices.