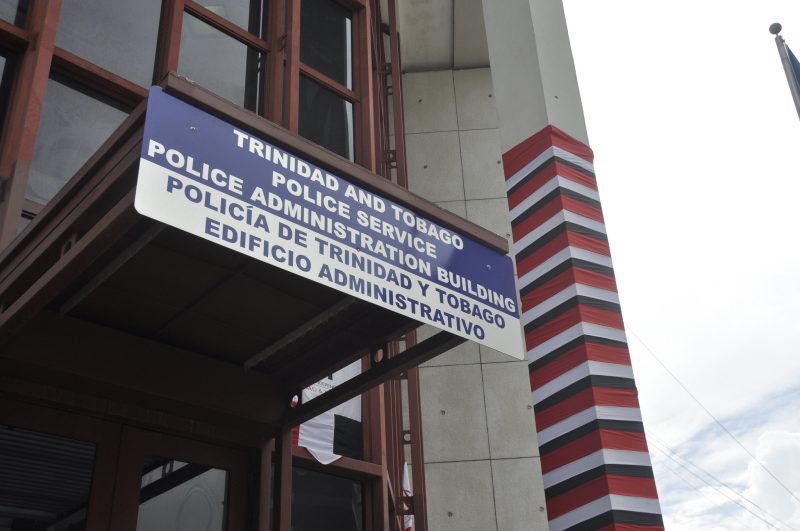 Officers of the Trinidad and Tobago Police Service [2] who were involved in a fatal shooting of construction worker Adele Gilbert on October 20, 2016, are now under investigation [3] by the country's Police Complaints Authority [4].

The aftermath was captured on video [5] by the victim's sister and posted on social media, where it has been widely circulated by netizens. (The video is graphic; viewer discretion is advised.)

There was some speculation [6] that the incident was triggered by Gilbert's enquiry about a drone camera located close to the site where he was working. Other reports have stated [7] that Gilbert started shooting at the officers, and that he was wanted by police for several crimes, including drug trafficking and murder — but on the video, Gilbert's distraught sister says that they shot him in his chest although he “didn't do” anything. The officers insist that Gilbert was armed; onlookers claim otherwise.

The incident has stirred up a national discussion about public distrust of the police service — or at least its level of professionalism in carrying out their duties. Although netizens admitted they did not know the full story, many were quick to share their impressions. On CNC 3 television's Facebook page, Chris Marchan commented [8]:

From what I saw in the video is no weapon, officers picking up their shells and hiding it in their pockets, no attempt to help the injured man instead carrying his body like it was a dead dog they were going to dump on the side of the road and lastly male police officers assaulting a female civilian… Now I'm not saying that the individual is innocent, idk the guy or was there but the police could of have executed their job in a better way […]

Other netizens were not convinced that the police service really deserved the criticism they were receiving. Referring to a barbershop robbery [9] that happened on October 7, 2016, in which an off-duty police officer killed one bandit and injured the other, but had collateral damage in the form of four injured customers, one of whom later died [10], Christopher Peters felt [11] that it was a “damned if they do, damned if they don't” situation:

The video only shows part of what happened so it's too early to condemn the police. Do you know what caused the shooting? Never be quick to judge, wait until the entire story is known.

On a discussion group thread on the Facebook page of popular news site Wired868, John Gill posted [13] the reaction of “one guy who lives in the village and knows the [victim]”:

1. That law-abiding citizen wanted for murder and robbery.
2. The lady attack the officer.
3 yall know how many families that young man destroyed?
4. When her brother was killing people why she didn't take him in to the police?
5 let her bawl nah, he made alot of mothers bawl too!!!!!!!

But Vernal Damion Cadogan maintained [14] that there was a lack of compassion:

This has nothing to do with what happened before he got shot or what led to his shooting. This has to do with what passes for police procedure in this place.
I know none of us would like a relative treated this way regardless of what they did.

While a 2015 media report stated [15] that the number of people killed by police was down since 2010 when “49 people were killed by police following varying interactions with the law”, it also noted that the police have a tough job when it comes to the proliferation of illegal firearms and that 75% of the country's murders were as a result of gun use. However, the article also made the point that the slow pace of investigations and the degree to which police and eyewitness reports vary “[do] not bolster public confidence in the police service either”.

Many commenters [16] on the Gilbert video were heartbroken [17] hearing the cries of the victim's sister, and one Facebook user, Asha Williams-Tejada, suggested [18] that the way the situation was handled “further eroded” public confidence [19] in the police force [20].

At any rate, an investigation has been launched [21] under Section 26 of the Police Complaints Authority Act [22], which states, “The Authority may conduct an investigation on its own initiative or on the basis of a complaint made by a member of the public, a police officer, a public body or authority, or the appropriate unit or a disciplinary tribunal of the Police Service”. In an official statement, the PCA asked witnesses to the incident to come forward, explaining [23]:

This incident is a clear example of why the PCA has been lobbying support for amendments to its legislation including, but not limited to, providing the Authority with the power to solely and independently take charge of and preserve the scene in instances such as this.