Indigenous, Student and Afro Communities in Colombia Are Not Taking ‘No’ for an Answer 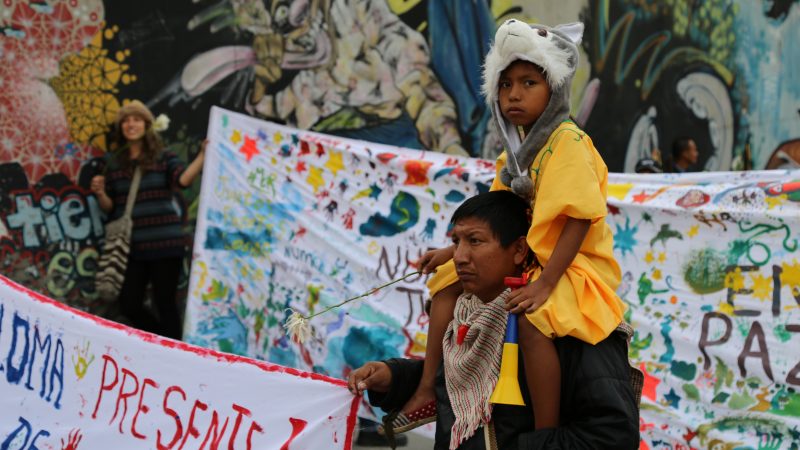 Indigenous and Afro-Colombian communities went to Bogota to support the protests in favor of the peace treaty rejected by the referendum that took place in early October. Photo taken by the author and used with permission.

The winning “No” vote in Colombia's referendum to ratify a peace agreement with the FARC (Revolutionary Armed Forces of Colombia—People's Army) has meant anything but the end of the discussion. The referendum took place early in October after intense campaigns promoting the peace process (“Yes”) or rejecting the treaty (“No”) divided the country, and the results that are still being analyzed and contested.

The treaty aimed to mark the end of the long armed conflict between the government of Colombia and the FARC that has endured for over 50 years. The negotiations took place in Havana and gave way to a deal that was signed by both parties, but was ultimately shot down in the referendum in which the “No” won by a margin of less than 1%.

In spite of this, indigenous groups and other communities that defended the peace treaty took to the streets of the capital, Bogota, on October 12 to ask for the deal to be respected. Many of them came from different regions, some of the which have been severely affected by the armed conflict. 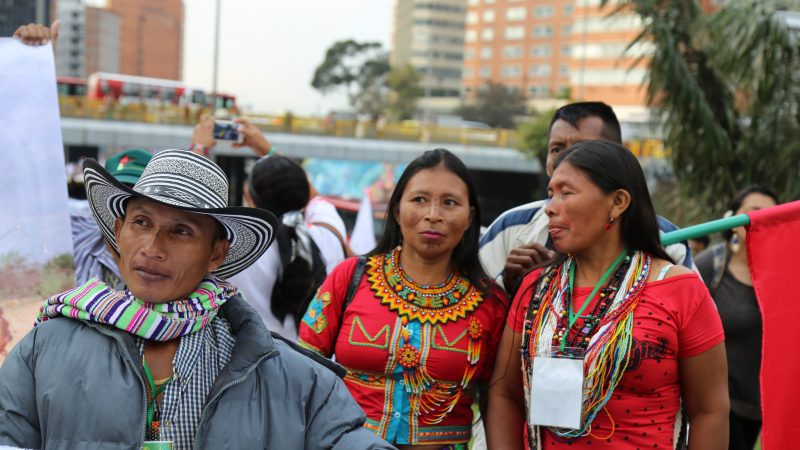 Among those groups were the women of the Embera Katío indigenous group wearing yellow necklaces, colorful shirts and carrying white flowers.

Maribel Domicó was one of those indigenous people who came from the Caribbean region to march for peace:

Let there be peace and no more violence, no more displacement and no more orphan kids and no more widows because those who suffer most are women and children

This hasn't been the only protest in Colombia in favor of the peace deal. Others have popped up in different cities throughout the country such Cali, Cartagena and Medellín. The goal is to put pressure on politicians to sustain the army’s ceasefire with the guerrillas and ink a new peace deal soon. 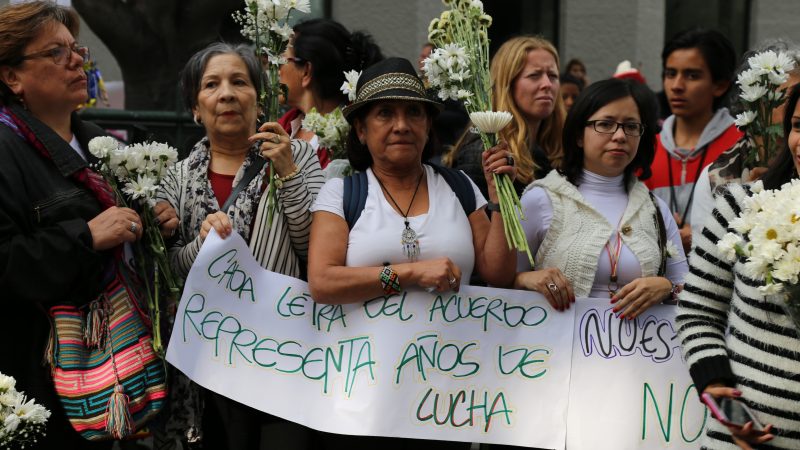 In the sign: “Each letter in the [peace] agreement represents years of struggle.” Photo by Ana Luisa González, used with permission.

But the October 12 march in Bogota, called the “March of the Flowers,” was massive. About 7,000 indigenous people and Afro-Colombians from different regions of the country protested alongside students, calling on the political establishment to work together toward a prompt resolution.

Elizabeth Andrade belongs to the Chocó branch of the organization “Afroindígena mi Colombia” (My Afro-Indigenous Colombia). Chocó is a region that has been heavily hit by FARC. She said:

I’m marching today for my siblings, for the young people and for everyone. I’m and I claim to the Government that peace deal signed, is a deal that has to be respected 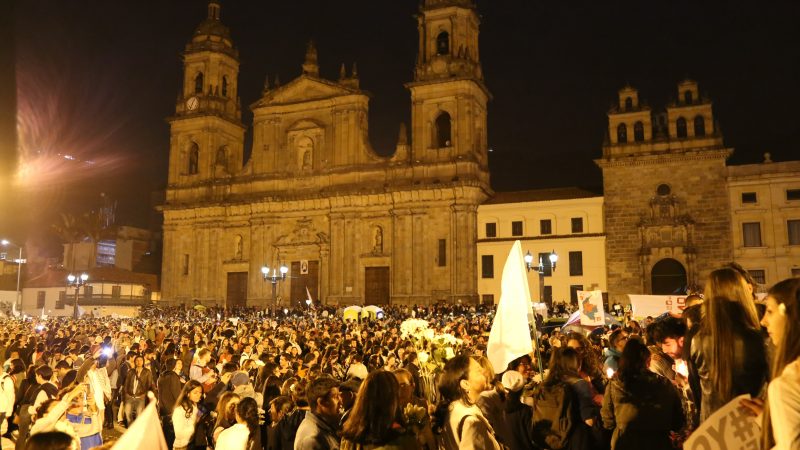 The protest in Bogota. Image by Ana Luisa González, used with permission.

Thousands of people wearing white shirts, holding flowers and chanting “You are not alone” were waiting to meet the march as it arrived in downtown Bogota close to the Plaza de Bolivar. Student activist Daniel Ortega, from the National University of Colombia, is part of the organization Rebeldía Estudiantil (Student Rebellion), which brought together students from different schools to join the march:

In these troubled days in the country, we have tried to make a call to the students and [other groups] to build peace out of different popular sectors to join this clamor and build a transition [in order to] to build a democratic society 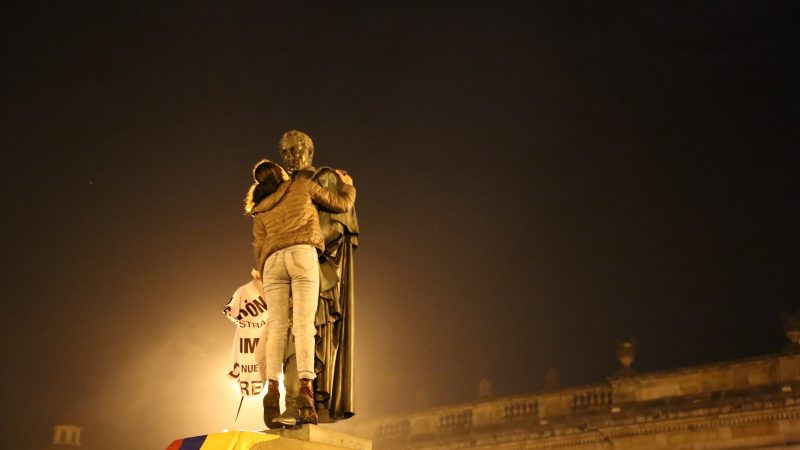 A protester climbing the statue of Simon Bolivar, national hero of Colombia. Photo by Ana Luisa González, used with permission.

Journalists and international media have been reporting on these mobilizations, and President Juan Manuel Santos is aware of this pressure. The day after the protest, the president tweeted:

I won’t give up to make happen the wish and clamor of all Colombians. I won’t betray to hope of peace.