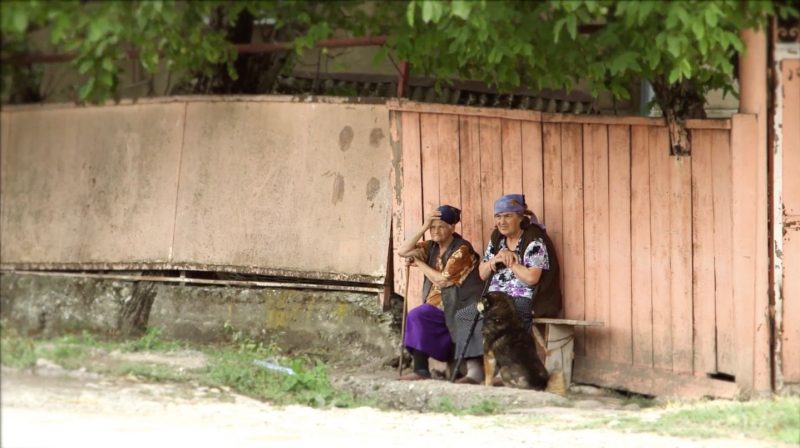 Women in Tirdznisi, Georgia. Screenshot from vide uploaded onto YouTube by Chai-Khana.org.

Tirznisi (also spelled Tirdznisi) is a village on the border separating the former Soviet republic of Georgia from its breakaway territory of South Ossetia.

During a conflict in 2008 that pitted military forces on either side of the border against each other and saw Russia intervene with excessive force on the side of South Ossetia, people from the village fled to escape the conflict.

After returning back to the village, local resident Mariam Buchukuri encountered a community beset by social and economic problems but with few solutions to hand. Neighbouring settlements lived similar realities

She decided to gather like-minded people and find answers to the pressing challenges faced by local people, particularly women who suffer disproportionately from conflict situations. They held meetings at each other’s houses. Later they established an organisation and rented an office.

The office of Shida Kartli Community Fund for Peace and Development is on the road between Tirdznisi and Ditsi, another town on the fraught border that became a conflict zone in the early years of Georgia's independence from Moscow. Mariam and other women members of the organisation meet here everyday.

At first, locals called the office “the office of unmarried women”, because most of the women working at the Community Fund are not married, and many villagers believed a woman who is not married could not be useful for anything.

But now villagers have become more willing to acknowledge the help Mariam and her office provides to the community, both in terms of its own projects and its work with local government on women's issues.

Below is their story, with English and Russian subtitles available: