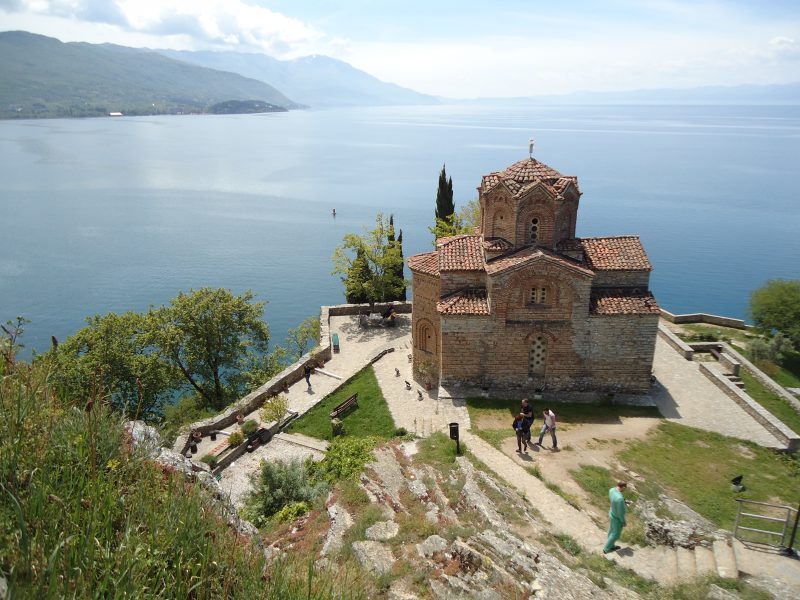 Ohrid – the place to be. Photo by Marie Bohner, CC BY.

This year Macedonia made headlines with its political crisis and the resulting ‘Colorful Revolution’. As the most of the turmoil takes place in the capital Skopje, however, a trip through Southern Macedonia provides far more serene impressions. It also allows the traveler to discover one of the jewels of the Balkans—Lake Ohrid.

Macedonia is snuggled up against Greece, Albania, Kosovo, Bulgaria and Serbia, a cradle of European, Slavic and Ottoman history. The Cyrillic alphabet was created in Macedonia by Clement of Ohrid, and both Alexander the Great and Mustafa Kemal Atatürk made the country their home for a time.

Since Macedonia became independent 25 years ago, the process of constructing an official national identity has been riddled with controversy, especially around the dispute with its Greek neighbors over the country's name (this video tries to explain the issue), and the erecting of colossal statues as part of the Skopje 2014 Project. While also a source of some of its challenges, however, Macedonia's cultural diversity is also what makes the country so beautiful.

The blog Adventure Travel offers an interesting take on this cultural diversity: “The Balkans are so diverse that every town and every region has its own unique flavor and distinctive architecture. After virtually spotless Slovenia, Macedonia seemed a bit chaotic and messy. But Lake Ohrid enchanted me so much I didn't want to leave.” 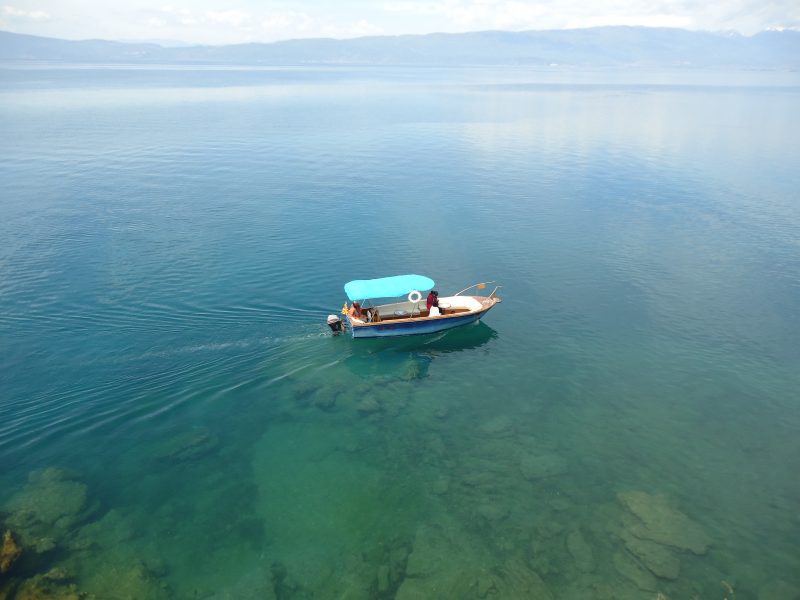 Do you fancy a boat ride? Photo by Marie Bohner, CC BY.

It is quite easy to get to Ohrid from other parts of Europe, be it by plane, bus or car. From Alsace in France there is a direct flight—slightly bumpy flight as it goes mainly over the Alps that got us there in under two hours. The flight allows passengers a striking view of the lake from the air, as the plane makes a u-turn over the lake before landing.

Lake Ohrid is one of the oldest and deepest lakes in Europe. It also has an incredible and specific fauna and flora. An article by Daniel Kelly on Lake Scientist explains that “in Ohrid’s depths alone, there are twenty species of algae, two plant species, five species of zooplankton and ten species of fish. But its bottom fauna are the most diverse, making up 176 of the species native to the lake. So prevalent are these native lifeforms that exotic species don’t seem to be a major issue for Lake Ohrid.”

The lake is surrounded by beautiful green mountains that are sometimes snow-capped. A tour on the lake with the local boatmen is mandatory for discovering the beauty of both the lake and the city and some of its 365 churches—one for every day of the year. And there are mosques, too!

Ohrid was declared World Heritage site by the UNESCO back in 1979, and was cited by National Geographic in 2016 as one of the “100 places that will change your life.”

From Ohrid, visitors have easy access two other cities in the area, which give a very different perspective on the region. Nearby Struga is also on the shores of the lake, but the the city is quieter than Ohrid because it receives fewer international visitors, except for a small spike in the summer. The city has a large ethnic Albanian population, and seems like a gateway to Albania itself. 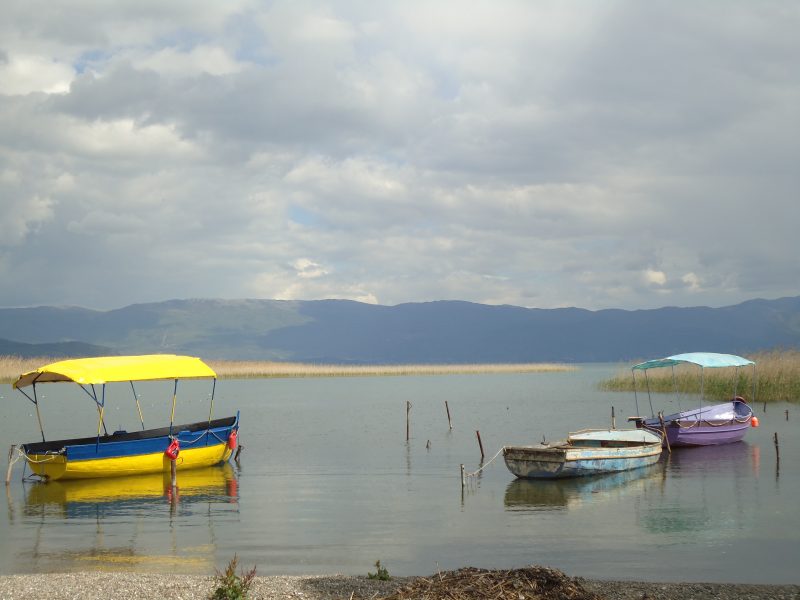 Struga, on the shore of Lake Ohrid. Photo by Marie Bohner, CC BY.

Struga is bisected by the Black Drim river, resulting in a number of atmospheric alleys bordered with bars and restaurants where it's pleasant to wander around in the evening. For excellent Macedonian food, you should not miss the St Nicholas restaurant in Struga, which serves a variety of traditional, home-style dishes which you can never have enough of, including fresh or fried cheeses, vegetables, grilled or pureed, grilled meat and fish and local mushrooms. Even if you stay in Ohrid, an evening visit to Struga to get a taste of these specialties is highly recommended. 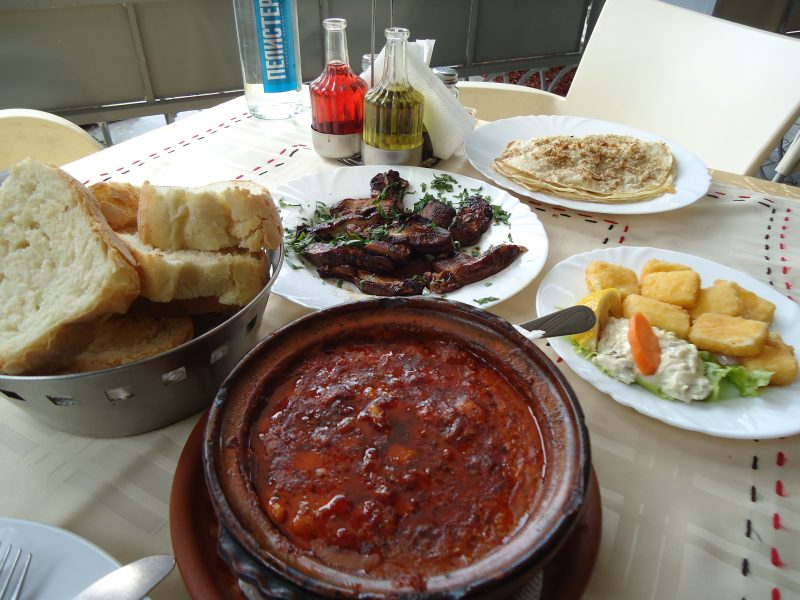 Ohrid's market offers even more tasty surprises. “Leblebidžilnica” is a store selling chickpeas (leblebija in Macedonia, leblebi in Turkish and Albanian) as well as nuts and condiments. 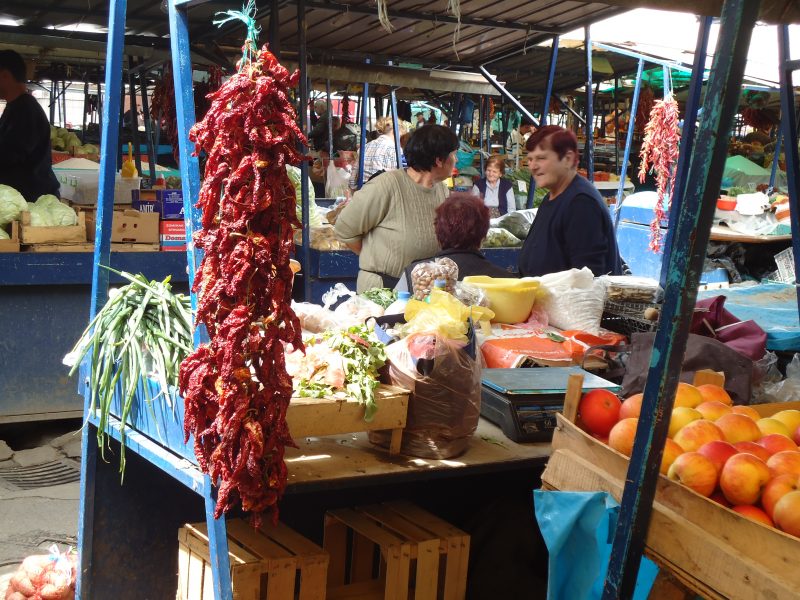 Visiting the market in Ohrid. Photo by Marie Bohner, CC BY.

It is easy to travel by bus or shared or private taxis between cities, which is why you should not hesitate to pay a visit from Ohrid to Bitola, Macedonia's second-largest city, located a little higher up in the mountains. Known in antiquity as Heraclea Lyncestis—the City of Hercules in the Land of the Lynx—and as the “City of Consuls” during the Ottoman period and one of the battlefields during World War I, Bitola has long been a crossroads and a city of travelers. Even more than Ohrid and Struga, the city is a cultural melting pot. Along the main thoroughfares you encounter Roma people, as well as many Turkish, French and German tourists. Well endowned with restaurants, bars, parks and cultural attractions, Bitola is alive day and night, and if you want a change from your daily Skopsko beer, try a Bitolsko! 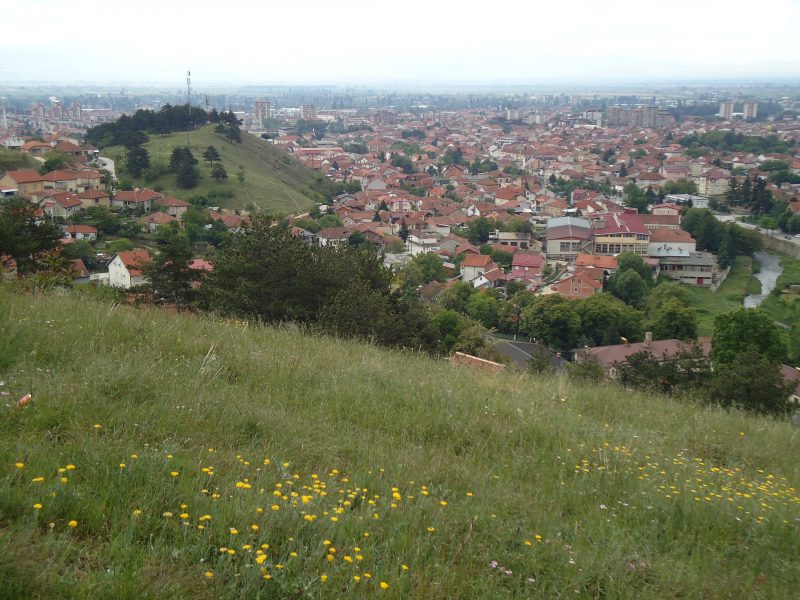 Bitola from above. Photo by Marie Bohner, CC BY.

Things I did not have time to do, and the reason I need to rush back to the region, include scuba diving in Lake Ohrid to see the submerged ruins; hike in the mountains around Lake Ohrid and Bitola; and have another incredible meal at St Nicholas’ restaurant in Struga.

I loved Macedonia. I am sure you will too.