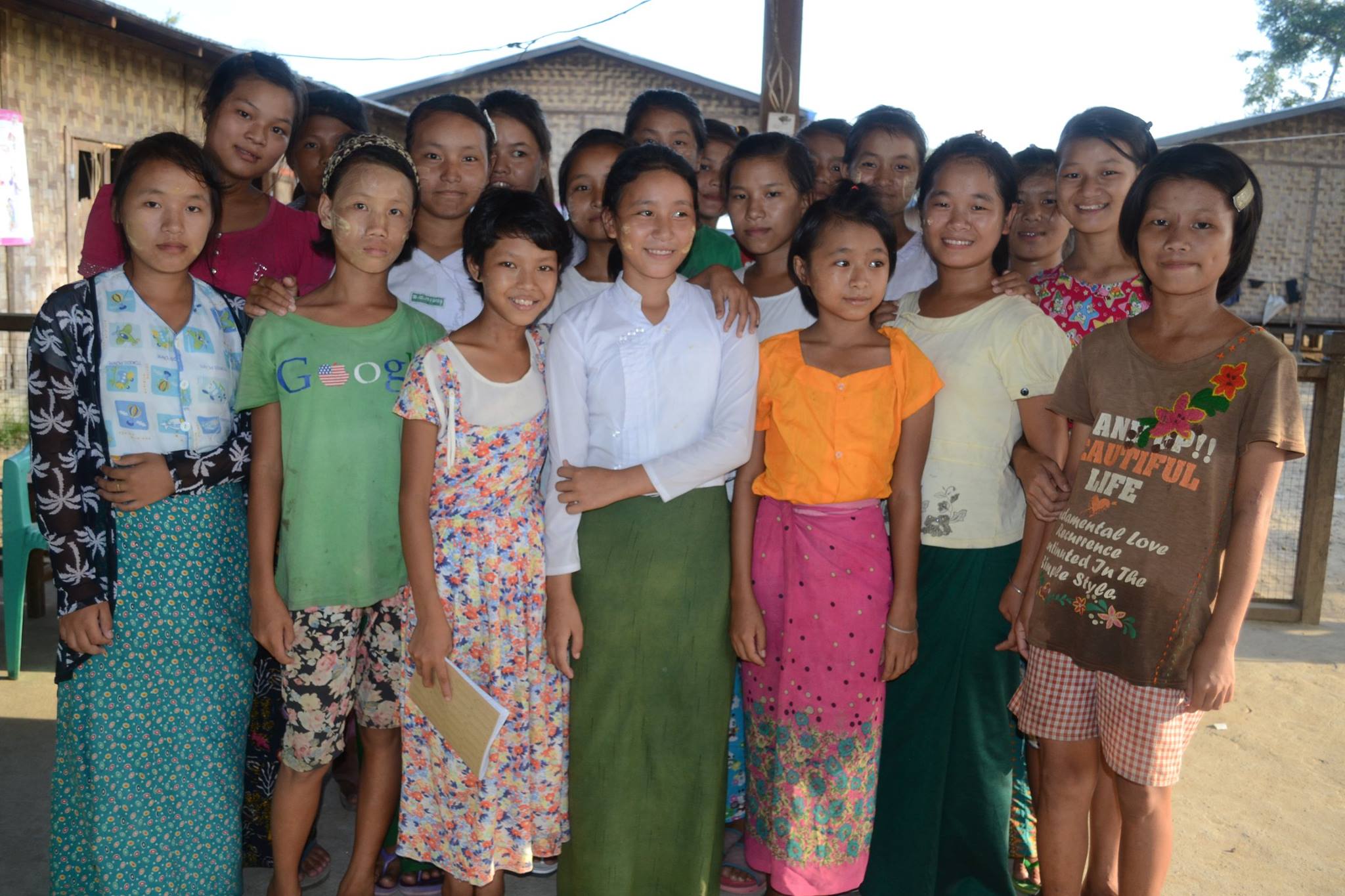 What do you want to tell girls across Myanmar on International Day of the Girl? “Study hard and work hard to accomplish your dreams. We wish all girls’ dreams can come true.” – Girls living in an IDP camp in Kachin. Photo and post by Plan International in Myanmar. Used with permission.

On October 11, 2016, Plan International in Myanmar celebrated International Day of the Girl in one of the internally displaced person camps in Kachin State, northern Myanmar. The girls who took part in the celebration have been living in the camps near the Myanmar-China border for six years due to the renewed conflict between the Kachin Independence Army and Myanmar military.

During the event, the girls highlighted issues such as the need for protection from violence and improved security in the camps especially at night. One of the camp administrators stressed the issues that young women living in the camps faced:

We are living in a very crowded environment and in some households there are 8-9 people, including older boys. Privacy is a big issue in this camp so we must take responsibility for the safety of girls in our families and communities, as girls are more at risk than boys.

Girls and women are indeed at risk for violence and abuse in Myanmar. Since the coming of the new civilian government in 2011, the fight for equality and against gender-based violence has been an important endeavor in Myanmar's social transformation towards a more democratic society. However, without legal protection, many women in Myanmar today continue to be susceptible to mistreatment. Cultural acceptance and silence over domestic violence has often left women powerless to counter such abuses.

Recently, more public awareness has been raised about cases of domestic abuse against underage girls, thanks to the opening up of the local media. Last month, two girls aged 16 and 17 who were employed as domestic workers in a tailor shop in the city of Yangon came to nationwide attention when a local journalist reported on their five years of physical abuse and confinement.

The public was further angered when the Myanmar National Human Rights Commission (MNHRC) failed to protect them in a legal action but instead settled with a compensation from the family who abused the girls. Legal action were eventually filed by the anti-human trafficking unit of the police force against the family. A lawmaker has also called for the replacement of MNHRC members for their mishandling of the case.

A viral post about the remark made by one of the members of MNHRC reflected society's attitudes towards young domestic workers.

“What's so surprising about hitting a maid? I also hit my maid”. People would like to request lawful action against this MNHRC commissioner Daw Mya Mya, who admitted this in front of the media.
#MNHRC #ChildAbuse #ChildLabor

Furthermore, the recent death of a Myanmar domestic worker in Singapore also raised concerns over violent abuse that young Myanmar girls face while working abroad. Al Jazeera has released an investigative video on the illegal business of sending underage Myanmar girls to work as domestic workers in Singapore. The hardship that these girls face include physical violence, rape and confinement.

On the global scale, the recent report ‘Counting the Invisible’ released by Plan International highlights the discrepancy in government data on children, predominantly girls, facing abuse and inequality. The child rights organization noted that the governments would be unable to end the abuse and inequality facing millions of girls without better statistics on the realities of their lives. The report said:

Currently no credible statistics exist worldwide that show the real life challenges of girls, such as how many drop out of school due to early marriage, pregnancy or sexual violence, or how many girls become mothers under the age of 15.

In conclusion, these cases indicate the absence of data and lack of Government protection on the gender based violence in Myanmar, and a need for public awareness for social reform.