Did Hong Kong Just Reveal What It Really Values With Controversial Award? 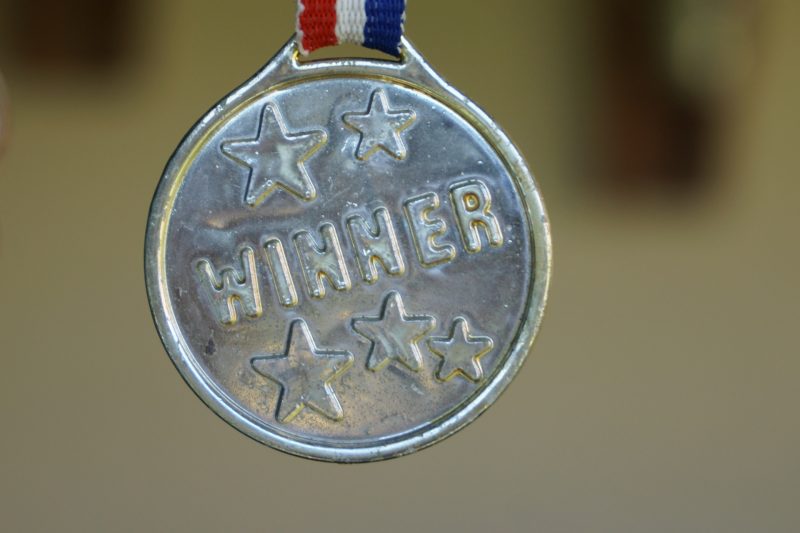 This year's selections for the Ten Outstanding Young Persons program have been controversial in Hong Kong. The program, sponsored by Junior Chamber International, is designed to recognize young people who have contributed to society and performed as role models. Though there were more nominations this year than usual, just five people won the award—the fewest in 15 years. And one of the winners, Fonia Wong Leung-fong, is a 40-year-old billionaire.

Wong, an investment manager, said at the awards ceremony that her one dream in life was to become wealthy. She told the crowd that she bought her first apartment property in 2004 at the age of 27, and paid off her mortgage within two years. Today, she is a billionaire.

While in college, she says she earned HK$30,000 (about US$3860) a month through “multilevel direct selling” (a controversial marketing strategy in which the sales force is compensated not only for sales they generate, but also for the sales of the other salespeople they recruit), boasting that she spent nothing on entertainment and recreation, except for a handful of visits to the theater and concert hall over an entire decade. In her speech, Wong urged young people to follow her example and work “four times harder than the average person.”

A local media outlet later revealed that Wong bought her first property in 2003 during Hong Kong's SARS outbreak, when the local economy collapsed. When the disease scare passed, the value of her real estate skyrocketed more than 350 percent, making her a millionaire.

During and after the SARS outbreak, the public in Hong Kong developed an acute dislike for profiteers.

Beyond SARS, the timing of Wong's success in real estate is generating bad blood for other reasons, as well. In the past decade, Hongkongers’ median income has risen about ten percent, but housing prices have jumped over 300 percent.

Reporters and social media users have also taken an interest in Wong's close relationship with Anthony Wu Ting-yuk, a chief jury member of the Ten Outstanding Young Persons program. Ting-yuk says he declared their relationship and abstained from the voting process, but public suspicions about his influence on this year's awards haven't abated.

For more than a week, social media has buzzed with criticisms of Wong's award and her victory speech. Search for her name on Facebook, and these are just some of the harsh comments you'll find:

Seeing friends as her stepping stone, is there anything in this world that she won’t deduce it into monetary terms?

So much talk boasting about her success in making money, eventually it's all about relationships. I really congratulate you…WTF.

Some writers, however, argue that Wong's story embodies what society truly rewards. Robin Wilde, a writer from citizen media PolymerHK, wrote with sarcasm:

The jury of the TOYP is very honest and finally speaks the true definition of “outstanding” in the eyes of Hong Kong people: “If you have property, you are outstanding. If not, you are a loser.” All other criteria like “contributions to society,” or “being role model for society” are just euphemisms and not worth mentioning.

This Ms. Wong is just more honest than others. She speaks without reservation about the only value in Hong Kong: money.

The chief jury is Anthony Wu. He was a key person behind Henry Tang [before the Chief Executive selection in 2012], but after the election, he quickly expressed loyalty [to the winning Chief Executive CY Leung]. He was an accountant but his license had been suspended for two years due to misconduct, a typical smart guy in Hong Kong.

Jury Wong Ying Wai, originally from the construction business sector and currently the CEO of Sands China [a Casino developer in Macau] and the Chair of Hong Kong Arts Development Bureau (hahaha). A few years ago, he was criticized for using the public revenue for helping his “pop singer” son Jonathan Wong. Anita Fung, Chair of the Hong Kong Association of Banks.

Jury Wong Yuk-shan, principal of Hong Kong Open University. He was publicly known as CY Leung’s hardcore supporter, a CCP member (he denied) and a Hong Kong representative of the Nation People Congress of the PRC; Tim Lui, accountant [Lui is also Chairperson of Education Committee and Hong Kong representative of the National People Congress of the PRC]; Pang Yiu Kai, Chairperson of the Hong Kong General Chamber of Commerce.

It is totally reasonable that Wong be elected with such a jury composition.

This year, the judges panel avoided such politically controversial figures. Aside from Wong, the juries also awarded four outstanding candidates without mainstream or pro-establishment credentials, including Edward Choi Man-lik, a laboratory scientist based in Sierra Leone and Britain.Man-lik worked on the front lines during the Ebola outbreak in West Africa.