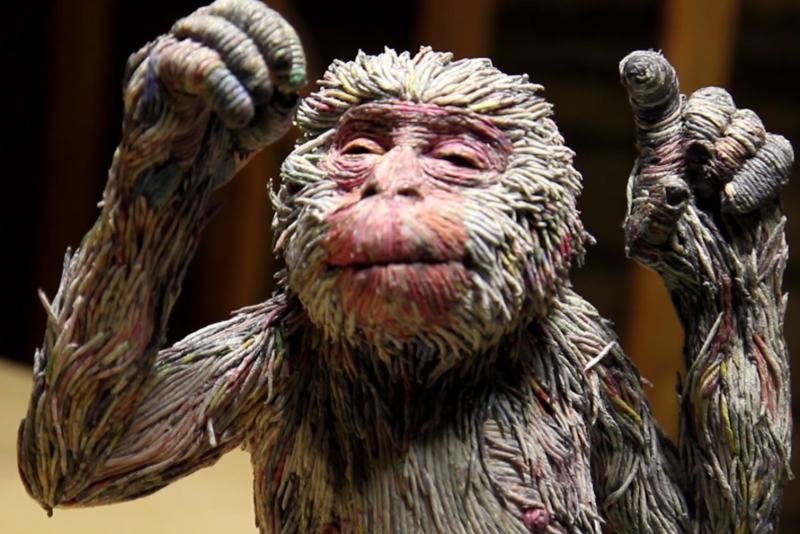 “My animal sculptures, made from an accumulation of newspapers, might perhaps be portraying ourselves and our lives, on many levels,” says Chie Hitotsuyama. The Japanese artist is embarking on her first tour of the United States, with four exhibitions running concurrently in different parts of the country until January 2017. She will also be an artist-in-residence at the MOAH:CEDAR in Lancaster, California during that time.

When a piece of paper is rolled up, Hitotsuyama says, it increases its strength, and by gluing together one by one and side by side she can carefully form contours and curves with each single string.

In an artistic statement published JAI & JAI, a gallery in Los Angeles, Hitosuyama explains her approach to making artwork out of paper:

Newspapers come out everyday and at the same time, are thrown out everyday. This cycle repeats rebirth and death whilst carrying our memories. This, I felt, is so similar to humans who also repeat their own histories and experience the cycles of life and death.

Prior to her current American exhibition, Hitosuyama, who is based in Shizuoka, near Mount Fuji, had already earned recognition for her art in Japan.

All of her creations are made from newsprint. Here are a selection of Hitotsuyama's work.

Hitosuyama comes from a part of Japan that has long been associated with papermaking:

At the Mount Fuji Paper Fair [note: there are many paper mills in northeastern Shizuoka, at the foot of Mount Fuji], local artist Chie Hitotsuyama is exhibiting creations made out of paper.

Her creations approach a level of realism that seems to capture the soul of her animal subjects.

Everything is made from newsprint. I really love this artist.

Exhibitions of Hitotsuyama's art will be shown in concurrent installations in Los Angeles, Chicago, Lancaster and Miami until January 2017.

For more information, see the Hitotsuyama Studio Facebook page. More examples of Hitotsuyama's paper mache artworks can be seen in this provincial video for her American tour: 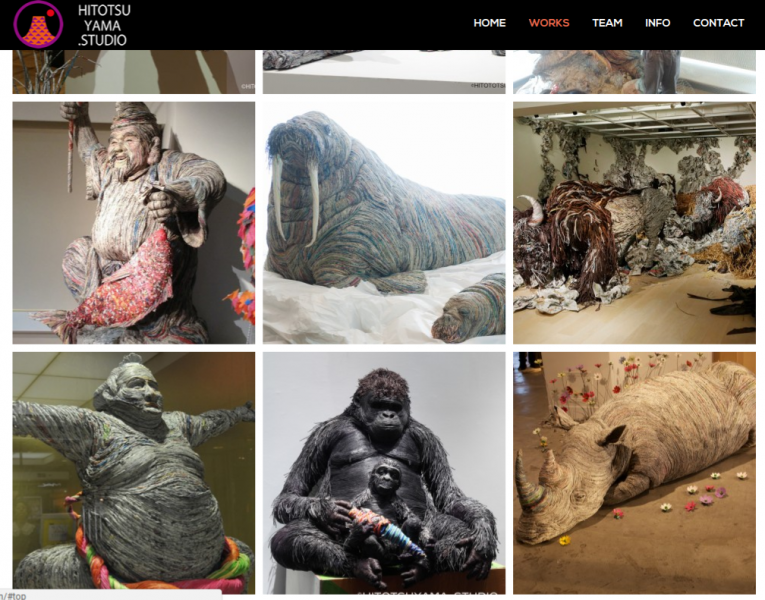