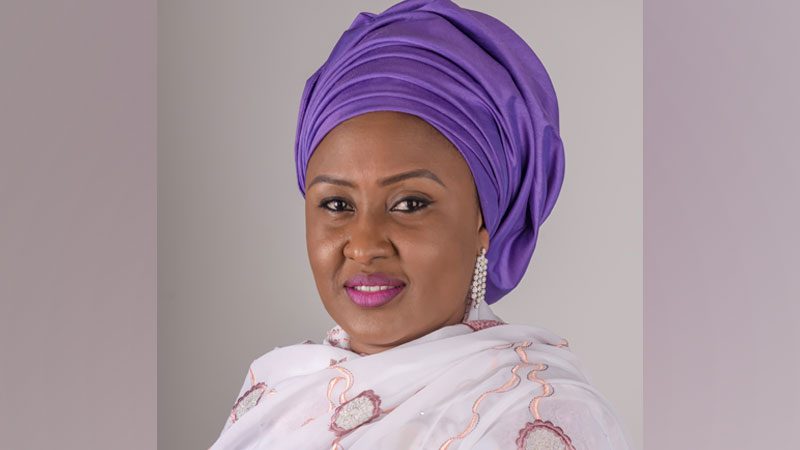 On a state visit to Germany last week, Nigerian President Muhammadu Buhari made a sexist comment about his wife, First Lady Aisha Buhari, saying, “I don't know which party my wife belongs to, but she belongs to my kitchen and my living room and the other room.” The comments were made at a news conference attended by both Buhari and German Chancellor Angela Merkel.

In a recent interview with the BBC, Aisha Buhari criticized her husband's leadership and his appointments, saying she might not support his re-election.

“The president does not know 45 out of 50 of the people he appointed and I don't know them either, despite being his wife of 27 years,” she said. “He is yet to tell me but I have decided as his wife, that if things continue like this up to 2019, I will not go out and campaign again and ask any woman to vote like I did before. I will never do it again.”

My friends, can't a leader get a sense humour anymore? Mr. President laughed before that statement was made.

Gender rights are still a huge issue in Nigeria. The president's comments were dangerous and reinforce many terrible stereotypes. What joke?

Republican presidential candidate Donald Trump's name came up because of recent revelations about his own past sexist comments.

If you're bored of Trump, here's a CURRENT world leader who says his wife's place is in the kitchen #sexism #nigeria https://t.co/EDDos3bdni

The online newspaper YNaija published an even more blistering commentary:

Beyond the hard bigotry of his comments lies something even more worrisome because it lies up there with the kind of unrestrained crassness as defined Donald Trump’s political philosophy of ‘grab ‘em by the pu__y’.

The president, in trying to silence, and ultimately humiliate his wife, said this: “belongs to my kitchen and my living room and the other room”.

While Nigerians, trying to cope with this tragedy by laughing rather than crying, have turned #TheOtherRoom into a trending hashtag, every adult of common sense knows exactly what room the Nigerian President was referring to, thinking he was sharing a ‘’locker-room’ joke: the bedroom. We always suspected our president was un-evolved, unsophisticated, and probably unable to absorb both complex emotion and information. But who would have thought that he was also, at the base of it – this man who positions himself as a paragon of virtue, introspection and personal discipline – crass?

Emeka said the comments are the views of the president and do not represent what all Nigerian men think:

Dear Angela Merkel, Buhari's view of his wife does not represent that of Nigerian men in anyway. He is on his own. Thank you.

Other netizens disagreed, saying they consider Buhari's comments to be typical of most Nigerian men:

In this #Nigeria where old men marry 14-year-old girls and wives belong in the kitchen, wouldn't Trump win elections in a heart beat?

Do not forget that there are many important people in this country who still believe a 14 year old girl belongs in #TheOtherRoom.

Did PMB goof? Yup
Should one be vexing? Not sure.
What guy did was put an amplifier & magnifying glass on the thoughts of many Nigerian men.

Somi Ekhasomhi noted that the president should be held responsible for his comments, rather than using it as an excuse to chide others:

I'm seeing people that dont want to criticise Buhari. Instead they are using him as point of contact for “all Nigerian men.”

There were also jokes galore, of course:

Mrs Osibanjo: Yemi,Where do I belong?

(PYO is Professor Yemi Osibanjo, the vice president of Nigeria.)

Expect a tweet from Atiku tomorrow inside the Kitchen wearing Apron telling us how his hobbies include cooking Jollof Rice. 😭😭😭

Sam Hart said he regrets that the sexist comment will overshadow the real gains of the visit to Germany:

Sad thing is that this story will overshadow whatever he went there for. https://t.co/jUsZEAWM3n

VIDEO | Buhari Doubles Down, Insists His Wife Aisha Belongs to the Kitchen pic.twitter.com/20kj7FGUdf

A journalist from Germany’s Deutsche Welle gave him an opening, and just in case we didn’t hear him clearly on Friday, Buhari responded by saying that the kitchen and living room are a woman’s responsibility even if she has a job – capping it off by saying Aisha Buhari’s responsibility is to look after him.

He did not attempt to play down his comments by calling them a poor attempt at humour, even though that is probably what his media team advised given the backlash. He did not think he needed to. Because he believes he, the wisest of them all, is right.

By confirming his initial remarks, Muhammadu Buhari has shown that he is exactly like America’s openly misogynistic presidential candidate, Donald Trump. And that is truly frightening.