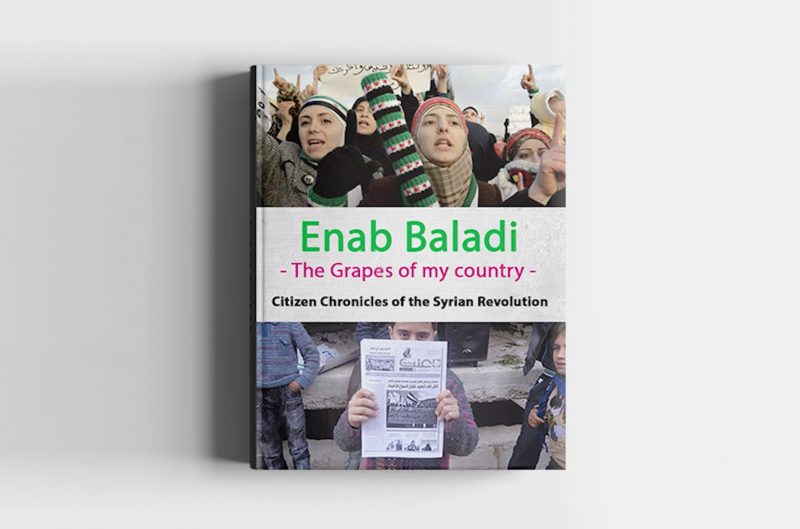 The news of Daraya's fall to the Assad regime on August 25, 2016, came as a blow to many Syrians and supporters of the revolution. Before the uprising began in 2011, and before it was besieged by the Assad regime, Daraya had up to 200,000 people, but since August 25, that number has fallen to nearly zero.

The reason why Daraya was such a powerful symbol is its legacy as the center of nonviolent activism against the Assad regime. This is why, when Daraya's residents arrived in rebel-held Idlib, they were greeted as heroes. One person reportedly told Mohammad Abou Faris, a refugee from Daraya, “You’re from Daraya, sir. You have everything. You’re our teachers.”

We chose nonviolence not from cowardice or weakness, but out of moral conviction; we don’t want to reach victory by having destroyed the country.

Both Sherbaji and Matar were arrested by the Assad regime on September 6, 2011. Sherbaji's fate is still unknown to this day, but Matar's was sealed only three days after his arrest. His body was returned to his family by the regime, with clear evidence of torture.

The fate of Daraya's activists, its suffering under the siege, and its eventual fall has turned it into a symbol of the war's horror and desperation. According to one group of journalists, however, it doesn't have to be this way. 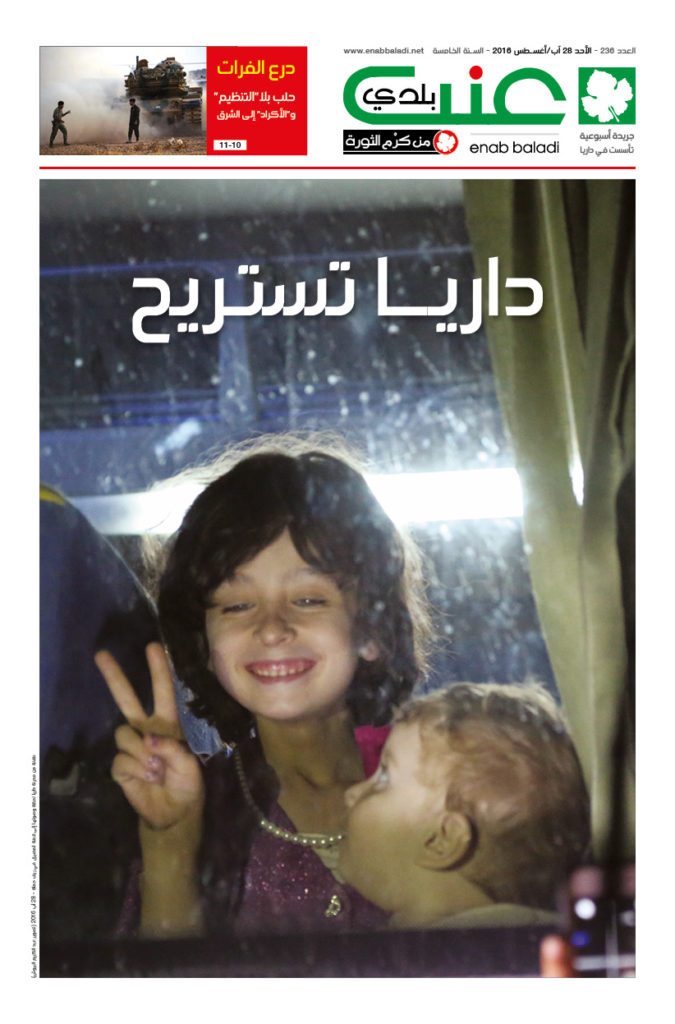 The group is called Enab Baladi, or “Grapes of my Country” in Arabic, and has been operating weekly since March 2011 with a single two-week interruption in late August 2012, when the Daraya massacre took place, resulting in more than 400 murders by Assad's forces, who also destroyed Enab Baladi's office.

Enab Baladi is among the most well-known free Syrian newspapers that were launched in the early months of the revolution, publishing mainly in Arabic but also in English. As such, it's a valuable resource to help the outside world understand the developments inside Syria since 2011.

Enter Sergio Perez. For the past nine years, he has been running Bósforo Libros, a tiny publishing house in Spain focused on the Palestinian struggle. Perez is now crowdfunding, via indiegogo and namlebee, to compile some of Enab Baladi's articles (and the group's story) in a book.

As he explains on indiegogo:

Syrian voices have been massively silenced in regard their own Revolution.

In Syria, they have been silenced by the brutality of a heinous regime which has resorted to the entire catalogue of human aberrations to uproot such voices.

Outside Syria, they have been silenced by the overwhelming indifference of the international community, and also by the permanent appeal to all those Western “experts” who explain Syria from their offices and laptops and who never allow Syrian voices, God forbid, to challenge the unblemished result of their analytical disputes.

The book itself will be “directed” by Enab Baladi editors, who will select “the most significant pieces published by Enab Baladi’s citizen journalists.” The book will be freely available online—”totally free to read, download, upload, and distribute.” There will also be hardcopies for those who want to buy it on paper. As for how the money of the campaign will be used, the website says the operating costs are divided into three main areas:

- 1/3 of the funds raised will go directly to Enab Baladi. It is highly important that they keep publishing, and we want to contribute.

- 1/3 will be for paying translations. We want to publish the book in English and Spanish, the two most spoken languages of the world apart from Chinese. If we do not get enough money, the English edition will be prioritized.

- 1/3 will help to physically make the book (design, layout and printing), promote it as much as we can and sending paper copies to contributors. Promotion is essential for reaching a vast number of readers. We aim to organize speaking tours and presentations for Enab Baladi editors to share their first-hand accounts and experiences.