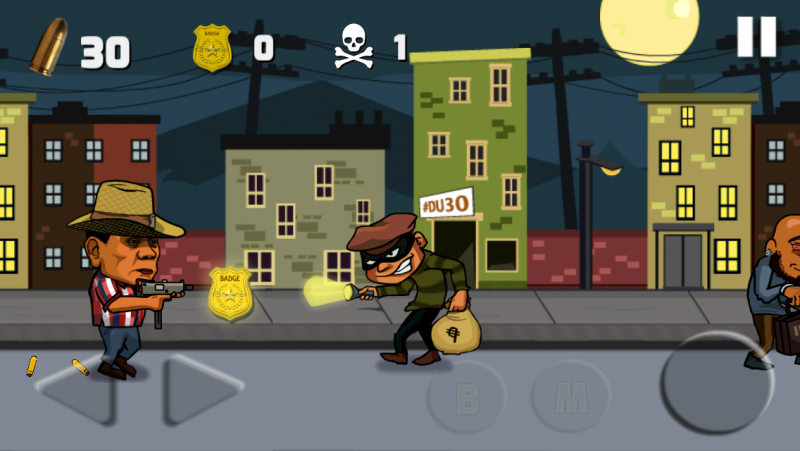 As Philippine President Rodrigo Roa Duterte’s marks his first three months in office, a mobile app, based on his controversial and widely popular ‘war on crime,’ has reached over 2 million downloads on the Google Play Store and the Apple App Store.

The popularity of the game Fighting Crime provides a peek into the admiration many Filipinos hold for their new president, in spite of human rights abuse concerns and cases of extrajudicial killings related to his war on crime. Since Duterte took office at the end of June, more than 3,500 people have been killed as part of his war on drug traffickers and users. Human rights groups say most of them were suspected drug pushers.

Fighting Crime was first made available during the height of the presidential electoral campaign last April and it recently released its second version, which is downloadable on smartphones, tablets, and iPads.

In the game developed by Anjo Pascual and illustrated by Donat Pascual of Tatay Games, players get to control the character of Rody (nickname for Duterte) as he shoots robbers, drug lords, and other characters, with an assortment of firearms as they appear on the screen.

Rody continues to move across the screen to collect badges and weapons while shooting criminals. The game ends if the criminals reach Rody before he can kill them. Dionisia Pacquiao, the mother of boxer and Senator Manny Pacquiao, then appears riding a wrecking ball on the screen.

The second version of Fighting Crime also features sidekick characters such as a machine gun-wielding “Bato” Ronald Dela Rosa, Duterte’s Chief of Police, and the late Senator Miriam Defensor-Santiago, who will blow a huge fireball against the criminals when tapped by the player for help.

The game comes with the tough-talking president’s famous soundbites such as “My God, I hate drugs”, “Galit ako sa droga” (I am angry with drugs), and “Heto na ang huli niyong Merry Christmas” (This is your last Merry Christmas) in reference to his viral Christmas message to criminals last December 2015. 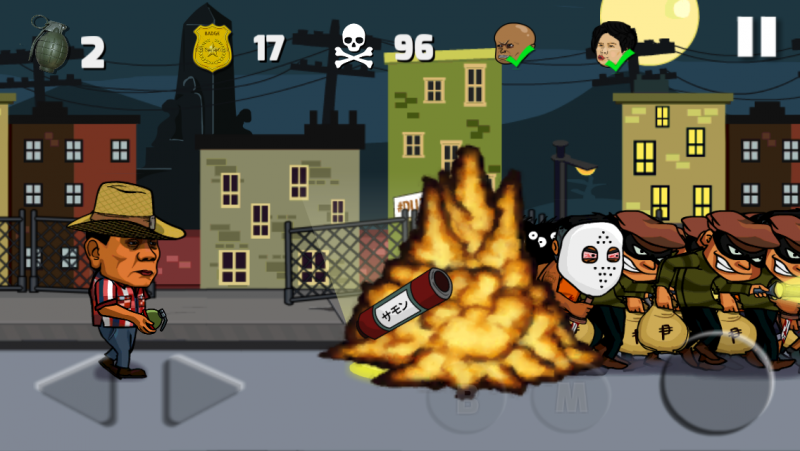 Most reactions to the game come in the form of reviews:

There should be armor to avoid knife jabs, punches, and hollowblocks hahaha great job

Nice game countrymen, the game updates are nice. If you have another update can you make [Senators Antonio] Trillanes and [Leila] De Lima as bosses. Hahahaha

Starlight – May 22, 2016
Awesome graphics, funny soundbites. A change of scenery by level would be great too. I hope there is a more efficient bullet to criminal ratio since killing takes too slow and no pause button. I'm looking forward to upgrades to the game's aesthetics and playability. Kudos to the developers.

Ajjuarez1791 – September 29, 2016
Ahm miriam defensor santiago the former senator has died can u send update to change her character its awkward for me to play a dead character

Alice Liddel – May 20, 2016
Good game.. it gets boring along the way.. too much repetitive enemies.. and also need some option upgrade or buy weapons.. good game that needs more options or maybe more enemies..