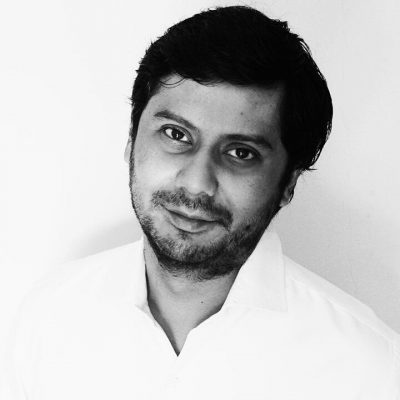 Four days after respected Pakistani journalist Cyril Almeida published a front-page scoop, he has been barred from travel by being put on the Exit Control List, an extraordinary measure usually reserved for hardened criminals or people involved in mass fraud and corruption.

The travel ban has raised serious questions about Almeida's security and the state of press freedom in Pakistan.

Almeida is an assistant editor at Pakistan's oldest and most respected English-language daily Dawn. His scoop, which cited anonymous government sources, confirmed long suspected rumours of a rift between the country's civilian and military leaderships over counter-terrorism efforts.

After his story was published, a spok­es­­man for the Pakistani Prime Minister's Office disputed it, labelling it an “amalgamation of fiction and fabrication.” But his paper, Dawn, is standing by Almeida. Dawn's editor Zaffar Abbas published a note saying that the story was “verified, cross-checked and fact-checked”.

The front-page exclusive story, which was published on October 6, revealed that at a top-secret meeting, members of the civilian government complained to the military's top spy chief that when their law-enforcement agencies took action against armed groups, his “security establishment … worked behind the scenes to set the arrested free”.

According to the report, Rizwan Akhtar, the military's spy chief, was told that Pakistan could only avoid international isolation if it took action against terrorist groups like Lashkar-e-Taiba (LeT), the Haqqani Network and Jaish-e-Mohammad. The Pakistani military has often been accused of being too soft on the three Jihadi groups by neighboring countries India and Afghanistan.

Almeida's travel ban comes at a time of heightened tension between India and Pakistan. The Indian government recently claimed an extraordinary cross-border “surgical strike” in Pakistan by its army commandos. Their attack was apparently in response to a deadly assault on an army post in Indian-administered Kashmir, which India blamed Pakistan-based armed groups for. The charge was rejected by the Pakistani government.

‘This is my life, my country. What went wrong.’

As is common in situations where security agencies are criticised, Almeida has faced a storm of trolls labelling him a traitor. On Twitter, Almeida shared his grief over being on the Exit Control List and the possibility of the state taking ‘uglier actions’ after the ban:

Was a long-planned trip, for at least several mths now. There are certain things that I will never, ever forgive.

I feel sad tonight. This is my life, my country. What went wrong.

Puzzled, saddened. Had no intention of going anywhere; this is my home. Pakistan.

“Ur very famous in the airport. Ur name plastered at each immigration officer's desk. A big A4 sheet with just your name.” – ‘sources’ say

Am concerned, possibly convinced, more than 24hrs after the travel ban was imposed that govt is planning to take further, uglier actions.

Dawn continues to stand by their story and have confirmed that Almeida was put on the Exit Control List. An Editor's note published on the paper's Facebook page:

NOTE: Dawn would like to clarify and state on the record several things.

First, this newspaper considers it a sacred oath to its readers to pursue its reporting fairly, independently and, above all, accurately. The story by Cyril Almeida “Act against militants or face international isolation, civilians tell military” that has been rejected by Prime Minister’s Office as a fabrication was verified, cross-checked and fact-checked.

Second, many at the helm of affairs are aware of the senior officials, and participants of the meeting, who were contacted by the newspaper for collecting information, and more than one source confirmed and verified the details.

Therefore, the elected government and state institutions should refrain from targeting the messenger, and scape-goating the country’s most respected newspaper in a malicious campaign. – Editor Dawn

Politicians, reporters and human rights activists across the country have issued statements condemning the alleged actions by the government under the hashtag #StandWithCyril:

If @cyalm name appears on the ECL for the article he wrote,why not those names not on ECL which r on corruption list ?#StandWithCyril

The govt's overreaction to @cyalm‘s story is ridiculously bizarre. Military pulling the strings. PM acting like a puppet. I #StandWithCyril

The Exit Control List (ECL) is a system of border control, which through an ordinance, allows the government to prohibit people from leaving the country. According to the rules, the following categories of people could be placed on the ECL:

As concerns continue to be raised for Almeida's safety and the state of press freedom in Pakistan, a few questions remain and concerns lurk: Why was Almeida put on the ECL? Is the state scapegoating Almeida to find a leak within their ranks? And more importantly are Pakistani authorities using an ordinance meant for hardened criminals against one of the country's most respected journalists?