Social Media Keep Up Pressure on Trinidad and Tobago's President 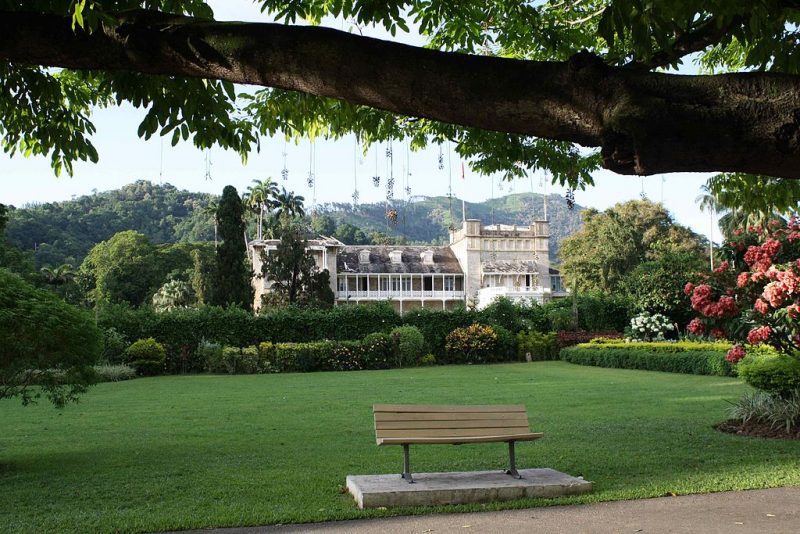 President's House, Trinidad and Tobago. The residence has since fallen into disrepair. Photo by Albert Sydney [CC BY-SA 3.0, via Wikimedia Commons]

Following her initial Facebook Live video that raised important questions about the use of public funds by the Office of the President in Trinidad and Tobago, political commentator and university researcher Rhoda Bharath has released yet another.

In her video of October 10, 2016, Bharath's first point of business was to ask President Anthony Carmona to respond to allegations of nepotism raised in a Trinidad Guardian news report on October 9. According to the Guardian, “Savitri Singh, who bears a similar name to President Carmona’s mother-in-law Savitri Seeteram Singh, received allowances of over $300,000 [US$44,800] to accompany the Carmona family on several overseas trips.”

According to Trinidad and Tobago's Integrity in Public Life Act — as well as parliamentary rules on the hiring of staff — hiring a relative is a conflict of interest. Bharath reminded viewers of several instances in which holders of public office have abused this rules and went unpunished, but made the point that these bad precedents did not mean the practice should be allowed to continue.

Bharath then took the president to task for his public statement of September 28, 2016, in which he responded to questions she posed in an earlier video regarding his receipt of a monthly housing allowance of TT$28,000 (US$4,182) while living in state-funded housing. In his statement Carmona insisted that he did not “coerce, suggest, authorise or impose that decision”, but was “informed” by “an independent SRC [Salaries Review Commission]…that I would receive the allowance during that period I occupied such temporary accommodation.”

Bharath challenged this assertion, referring to a Trinidad Express newspaper report dated November 8, 2014 which stated that “It was the secretary to the President who asked the Chief Personnel Officer (CPO) to provide ‘an interpretation’ on the payment of the now controversial housing allowance to President Anthony Carmona.” It is believed that the president was given the tax-free $28,000 housing allowance as a result of this interpretation.

This, according to Bharath, raises concerns as to whether public servants who hold such key positions are doing adequate due diligence and following necessary procedure regarding the use of public monies.

In light of the mounting suspicions about the integrity of the Office of the President — some of which have been highly satirised — some citizens are calling for Carmona's dismissal. Attorney Justin Phelps noted in a public Facebook post that:

Every law by which we live and maintain a civilized society, law and order is issued under the hand of the President. That office has to remain above credible suspicion for us to carry on. Stop being something that Trump wants to grab and stand up.

In her video, Bharath also introduced some new information obtained from an unnamed source: that in May 2016, while the country's parliament was debating the Strategic Services Agency (SSA) Amendment Bill, an independent senator was allegedly present at a caucus meeting held by the country's opposition. The independent bench in parliament, which should be impartial and independent of party politics, is appointed by the president.

The SSA Amendment Bill was eventually passed on May 10, 2016, with the support of two out of nine independent senators.