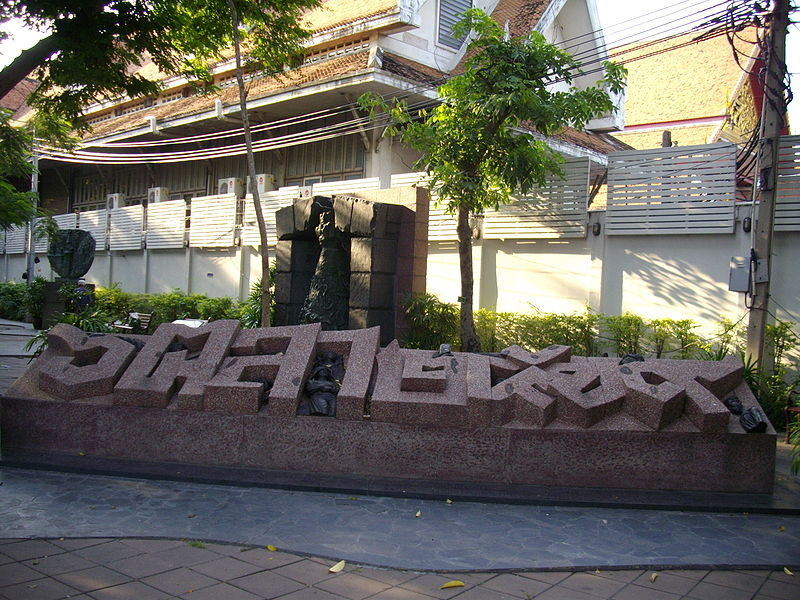 On October 6, 1976, state forces and an anti-communist mob attacked a student protest inside Thammasat University's Tha Prajan campus in Bangkok, Thailand. At least 46 people were killed, but the toll could be higher.

Students from various schools were protesting the return of military leaders who had been ousted from power by a student-led revolt in 1973. More than a thousand people were inside Thammasat University when the mob attacked the protesters. The military subsequently staged a coup that night.

No official probe was ever made into the massacre. No one was arrested and charged in the courts for ordering the brutal killing of students. The massacre is not even discussed in the country’s history textbooks.

It took Thailand more than 20 years to build a small marker dedicated to the victims of the massacre.

After 40 years, survivors and relatives of the dead victims continue to seek justice.

‘They were violent, and unbelieavably cruel’

Many students were beaten and burned to death on that day. The young protesters were demonized as communists who wanted to dislodge the monarchy, a beloved institution in Thailand.

Today marks the 40th anniversary of a massacre of pro-democracy students in Bangkok. This @AP photo from that day never fails to horrify. pic.twitter.com/0CBoFPRMw4

Neal wrote about what he saw that day:

I saw the body of a dead student hanging from one tree. The scene was being repeated just a few feet away.

I don’t know how much earlier the students had been lynched – probably just a few minutes – but enraged rightists felt robbed by death and continued to batter the bodies.

They forced us onto the football field and made us take all our clothes off. We were so humiliated and afraid. We can never forget – 40 years on, and still no one has been found responsible. They were violent, and unbelieavably cruel.

Prayuth Chumnasiau was arrested that day. After his release, he chose to join the communist rebels in the mountains:

I was there when it happened at Thammasat University. And I was arrested and detained at Bang Khen Police School for seven days. On October 12, the police allowed for bailing. Ramkhamhaeng University, which I was studying at, bailed all of its students out. The conditions were that after the bail, each student had to report themselves at the Special Branch every month. All students arrested and bailed by Ramkhamhaeng University reported themselves and had their profiles recorded. A few days after the bail, I decided to join the armed struggle with the communist movement in the forest.

‘This issue has completely disappeared in Thai society’

Retired academic Thongchai Winichakul, who is also a survivor of the massacre, noted how succeeding military-backed governments conspired to hide the truth about what really happened in Thammasat on that day:

They just don't want to recognize it. That's why the statue commemorating the incident is tucked in the corner of the university. It can't be put up in the public space…

Political science professor Puangthong Pawakapan of Chulalongkorn University lamented the failure to provide justice to the victims of the massacre:

This issue has completely disappeared in Thai society. No one talks about it, at all. Those who wish to see justice feel as though it is impossible. Many people say that the issue should not be dredged up. All of this is a clear indication that the perpetrators have been allowed to get away with their actions. This is because they still hold power.

Sinsawat Yodbantoey, another survivor, urged the public to remember this tragic episode in Thailand’s modern history:

Prommin Lertsuridej explained why activists and survivors like him continue to gather every year to commemorate the event:

We gather every year to show we were not people who destroyed the country — but we are the ones who want to create fair society.

For the first time in 40 years, Chulalongkorn University, Thailand’s top university, organized an event to discuss the massacre. The activity even grabbed international attention because one of the invited speakers was Hong Kong student activist Joshua Wong who was barred entry at the Bangkok airport.

Several schools in Bangkok also held similar activities to educate the young generation about the massacre.

The massacre is not discussed in the school curriculum but it is memorialized in various works of art.

This year, an artist organized a “selfie” exhibit to dramatize the need to remember history. One of the selfie portraits is about the Thammasat Massacre.

#Thailand: “The role of the artist is to ask questions, not answer them.” The selfie series: https://t.co/rB3IchQO7q pic.twitter.com/P1oMvh4D74

But the quest for justice remains elusive. The situation today is made more difficult because it is the military which controls the government.

For professor Surachart Bamrungsuk of Chulalongkorn University, the military is responsible for the country’s political instability:

Our politics is continually going up and down, with civilians and the military taking turns ruling the country, but no remedial action was ever offered to sufferers of this ‘forgotten’ yet deadly incident. Military officers should return to their barracks and let politics take their natural course.

Meanwhile, activists emphasized the need to end impunity in the country. They also demanded the arrest of the perpetrators of the Thammasat Massacre and for the military to restore civilian rule.