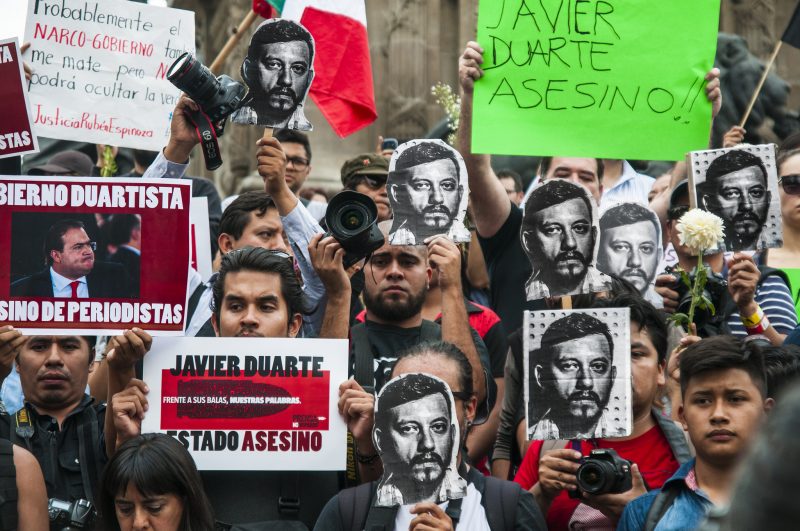 The curtain is starting to close on Javier Duarte de Ochoa, who serves as governor of the eastern Mexican state of Veracruz. During his administration, Duarte has been the subject of innumerable accusations of every nature, most prominently corruption and attacks on journalists.

Duarte rose to power thanks to the Institutional Revolutionary Party (PRI), the powerful political party that ruled Mexico for 70 years, briefly lost control of the national government, and then retook the presidency in 2012 with Enrique Peña Nieto. On September 26, 2016, the PRI announced that it had suspended Javier Duarte's party privileges due to criminal investigations against him, citing (among other things) allegations of embezzlement and illicit enrichment.

In May 2016, the website “Animal Político” published an investigation suggesting that the Duarte administration “disappeared” millions in public funds through the use of fake companies.

Officials close to the governor of Veracruz, Javier Duarte, awarded contracts to a network of fake companies for the purchase of products that should have gone to needy members of society but that never arrived at their destinations.

Eighteen journalists have lost their lives during Duarte's term in office, including Anabel Flores and Gregorio Jiménez, as Global Voices has reported previously. Duarte is implicated in each of these crimes, sometimes as a negligent civil servant, and other times as an indirect accomplice in the killings themselves.

Duarte should face justice for the attacks on journalists committed during his rule. They're attacks on #LibertadDeExpresión [The freedom of expression]

According to the organization Reporters without Borders, the most dangerous country in Latin America for journalists is Mexico, where reporters face threats similar to those found in war-torn areas like Syria and Iraq.

Critics hope that the suspension of Duarte's party privileges in the PRI will be followed by his expulsion, or that he will request leave from his position before his term ends on November 20, in order to face the accusations against him. What happens in the legal system, however, is anybody's guess.