Morocco Is Hollywood’s ‘Door to the Desert,’ But It’s Also Much More 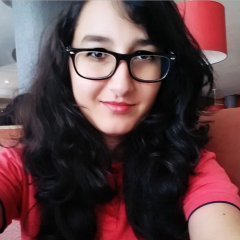 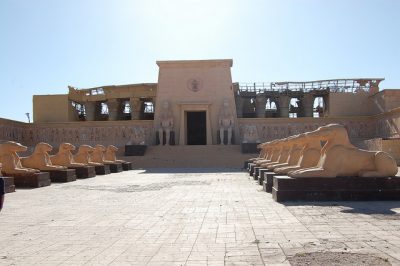 Atlas Studio in Ouarzazate. Taken by Andrzej Wójtowicz on May 2, 2013. Source: Flickr.

Morocco has always been one of the most popular filming sites in the world, where many international filmmakers have shot some of their hit movies. The city of Ouarzazate, meaning “without noise” in Amazigh (Berber), has been particularly successful in attracting filmmakers.

Movies filmed in Ouarzazate include “Prince of Persia,” directed by Mike Newell, “The Way Back” by Peter Weir, “Mission Impossible” by Brian De Palma, “Asterix and Obelix: Mission Cleopatra” by Alain Chabat, “Babel” by Alejandro G. Iñárritu, and “Gladiator” by Ridley Scott. This has lead to Ouarzazate gaining a reputation as “the Hollywood of Morocco.”

The most attractive spot in Ouarzazate is Atlas Studio. One of the largest movie studios in the world at 20 hectares of desert land, it was created in 1983. The entrance is surrounded by pharaohs several meters high, wearing gold headdresses (which featured as accessories in several films).

But Ouarzazate's appeal goes far beyond its beautiful landscapes. Another benefit to outsiders is the low cost of doing business in the city. Producers can find trained local technical crews who are fluent many languages, such as English, Berber, Spanish, French, Arabic and Portuguese. And since the cost of living is less in Morocco, production expenses amount to only half the budget for a major film made in the US or Europe.

Considered as the “Moroccan Hollywood”, Ouarzazate offers to productions striking outdoor setting such as oases, Kasbahs, valleys, mountains and dunes.

Due to the various shootings hosted in Ouarzazate, a skilled and cost effective work force of technicians was developed along with a multiethnic population as extras, local service provider companies, the various transport and catering suppliers, and technicians are constantly present in Ouarzazate.

The town even has a film museum, and there are vestiges of more shoots, sequences from films shot there like “Lawrence of Arabia” and “Kundun” and old sets from other films. The Tibetan house featured in “Kundun” can be visited with its golden interiors and Buddhist statues. The slave boat from ”Ben Hur” is also there, with its ropes, wooden benches, and wooden ceiling. 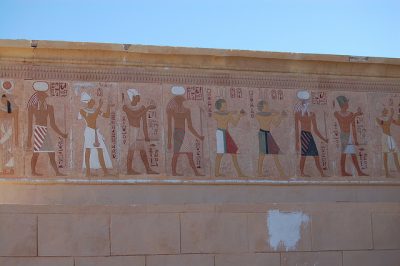 Old Egyptian set in Atlas Studio in Ouarzazate. Taken by Andrzej Wójtowicz on May 2, 2013. Source: Flickr.

This is what travel blogger Aizzing said after visiting Ouarzazate and its film studio:

It was an incredible experience overall. It's not everyday you get the chance to relive moments from your favorite television series. To see in actual the place where Emilia Clarke and Peter Dinklage filmed and being in one of your dream destinations all at the same time was actually surreal and mesmerizing. It's crazy and it's awesome! I don't recommend it to those with weak knees and joint problems, but if you are big fans of Gladiator and Game of Thrones who enjoy discovering historical sites, then Ait Benhaddou in Ouarzazate would be up your alley for sure.

But aside from being a haven for directors and filmmakers from all over the world, filmmakers and activists in Morocco have long questioned the portrayal of Morocco and the wider Arab world in Hollywood movies. As one journalist at the Guardian recently put it, “some are disappointed to see their country portrayed so often as a war zone, and others say US films monopolize local talent.”

Karim Aitouma, the producer of a new documentary on the extras often employed in Ouarzazate, was quoted in the Guardian as saying that extras even grow “professional beards” to appeal to a Western audience:

When they know a Hollywood film is coming, they grow beards. It’s a very important criteria for the castings – for the historical films but also because they’ll play in terrorist films. They all have beards all the time, not because they want it but because they’re waiting for casting.

Moroccan filmmaker Othmane Naciri thinks that Hollywood filmmakers know little about his country, as he explained in an interview with PRI:

The Moroccan people are cast as typical Arab profile: terrorist, bad guys, according to the American point of view. You know, we are not so far from the Western point of view of the 50s — with the good, the bad and the ugly!

Journalist Mohamed Koné has covered the issue and concludes that Moroccan filmmakers themselves are challenging the narrative, already scoring some successes.

Moroccan filmmakers are trying to challenge the terrorist cliché by exporting their own vision of their country and its people. [We can already see] a first acknowledgment: Moroccan movies recently made it to the Festival de Cannes.