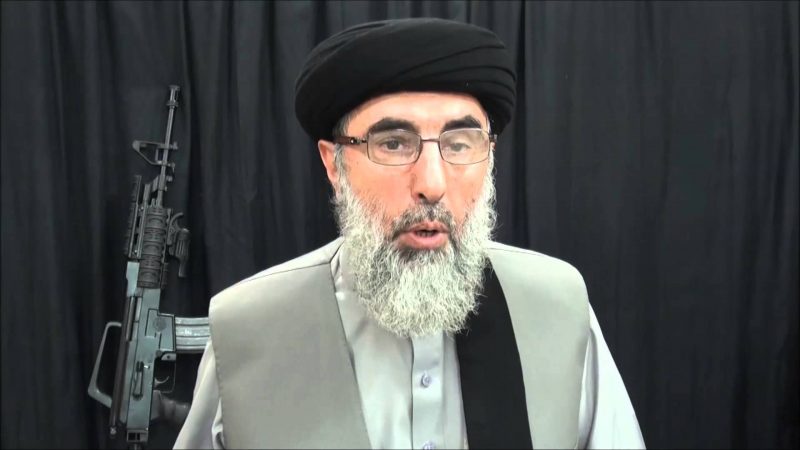 For most in Afghanistan, Gulbuddin Hekmatyar is a name that needs no introduction.

The warlord leader of the Hezb-e-Islami (Islamic Party), is commonly referred to as the ‘Butcher of Kabul’ for the crimes committed by his forces over the course of the country's protracted civil conflict, and is loved and detested to extremes by different parts of a divided population.

Yet the Afghan government is hoping that by pardoning and rehabilitating him, the chances of peace in the fractured republic will be bolstered.

On September 29 the government drew up an accord with Hekmatyar's party which will allow him to appear in Kabul under conditions of immunity from prosecution by the Afghan government once his name is removed from a US blacklist of designated terrorists.

Hezb-e-Islami, ironically, was the biggest recipient of the CIA aid during the Afghan jihad against the Soviet invasion.

In the 1990s, his troops participated in some of the most bitter internecine fighting among the Mujaheedin movement that succeeded in evicting the red army, only to fail spectacularly to hold together as a cohesive government.

When the Taliban later emerged in the southern city of Qandahar, his troops withdrew and the Taliban took the areas which were under the control of Hezb-e-Islami.

Since the US-led invasion in 2001, Hekmatyar and his followers have waged a war against the Afghan government and the ISAF coalition,while alternately cooperating and competing with the Taliban. His fighters have been involved in numerous suicide attacks, shootings, bombings and killings of military and non-military personnel.

Although Hekmatyar's current whereabouts are unknown, he is believed to be residing either in a remote part of the country, or Pakistan.

His son, currently based in Kabul, rejected an appeal by the Afghan Human Rights Commission, which asked Hezb-e-Islami to apologise to the Afghan people for its crimes, saying the party has done nothing wrong.

This is in keeping with the general position of Afghanistan's warlords, who, with the notable exception of the brutal Abdul Rashid Dustom, have collectively refused to acknowledge the suffering they have inflicted on the Afghan people over the years.

While their reluctance to take ownership of a slew of alleged war crimes has undoubtedly set back the process of peace and reconciliation in the country, many Afghans also wearily accept the need to bring the warlords into the domestic political fold to build a coalition that can peg back the Taliban and restore stability.

Naser Chemran, a teacher based in Kabul, took a wait-and-see approach to the accord with Hekmatyar's followers:

Over all we take Hekmatyar and his fighters’ joining the government as a good omen. But, only time will tell whether his illegal insurgents will be disarmed or if some conspiracy will arise. Posted by ‎ناصر چمران‎ on Thursday, September 29, 2016

Other social media users have opposed the deal outright, recalling the rocket attacks staged by Hekmatyar's forces on Kabul during his struggle with the post-Soviet Mujaheddin government in the 1990s, and posting black profile photos in protest.

Haroon Yousifi, an Afghan satirist based in London, played with Hekmatyar's destructive reputation in a post on his Facebook page enquiring as to when he will appear publicly in the capital.

When will Mr. Hekmatyar be launched at Kabul?

He also has a reputation for exploiting these explosive ethnic fissures, warning that non-Pashtun minority groups in favour of foreign troops being stationed in the country “will face such a punishment so as to remain a lesson for their coming generations” in an address on the Muslim holiday of Eid in 2013.

Afghan politics is complicated and messy. One person's hero is another's mass-murderer, and while Hekmatyar remains very unpopular among most Tajiks, Hazaras and Uzbeks, he still commands respect among people old enough to remember the original Mujaheedin groups.

The Afghan government now faces a challenge to integrate him in such a way that will avoid inflaming other power-brokers, while Afghan society must somehow come to terms with the reemergence of one of the nation's most explosive sons.