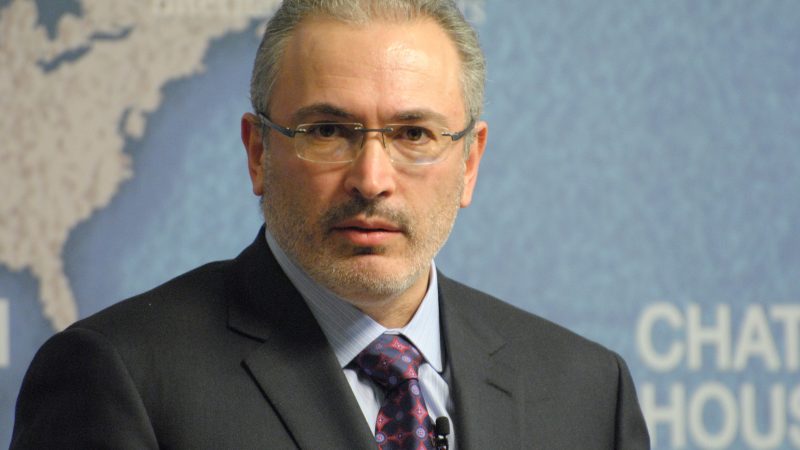 As reported by RBC, Open Media will support five to seven projects, providing between 3 and 30 million rubles (around $50,000 to $500,000) of funding to each. In addition to accepting applications from journalists, the commission is interested in project proposals from people who don’t have direct experience in the field, including activists and public figures, according to Khodorkovsky’s press secretary, Kulle Pispanen. Projects involving research on economics, culture, and the relationship between business and the authorities are likely to be considered. Each project will have a chief editor and a small group of staffers. Khodorkovsky said Open Media will give people an opportunity to “try out their ideas; if they don’t work out, it’s no big deal, it will another time.”

Media is an important element of civil society and we can’t let it be ruined …the country needs a talent pool that isn’t crippled by the habit of compromising with authorities.

Khodorkovsky, the former CEO of Yukos, once the largest oil company in Russia, was jailed in 2003 on charges many believe were brought for political reasons. Since being released from prison in 2013, Khodorkovsky has been involved in a number of different civil society media projects: he and businessman Boris Zimin spent $250,000 to help launch Meduza, now one of the most popular independent Russian news websites. In the spring of 2014, he hired the former deputy chief editor of Kommersant to launch “Open Russia,” a civil society initiative aimed at “bringing together citizens living both inside and outside of Russia, who share the European values of a strong, dynamic, and forward-looking state founded upon effective democratic institutions and the rule of law.”

Khodorkovsky says that although creating a separate website for each Open Media project is an option, doing so may ultimately be too time-consuming. He said that Open Russia may serve as a platform for these projects, which will be in a testing phase until they are officially launched December. Either way, the projects will be social media-focused, with each team running their own social media accounts and sharing their investigations there.

Khodorkovsky is reportedly also planning a separate, large-scale project that will conduct sociological research—perhaps spurred by the recent inclusion of the Levada Center, Russia’s leading independent survey company, on the Kremlin’s list of “foreign agents.”