Azerbaijan Holds a Referendum Marred by Violations. Does Anyone Care Anymore? 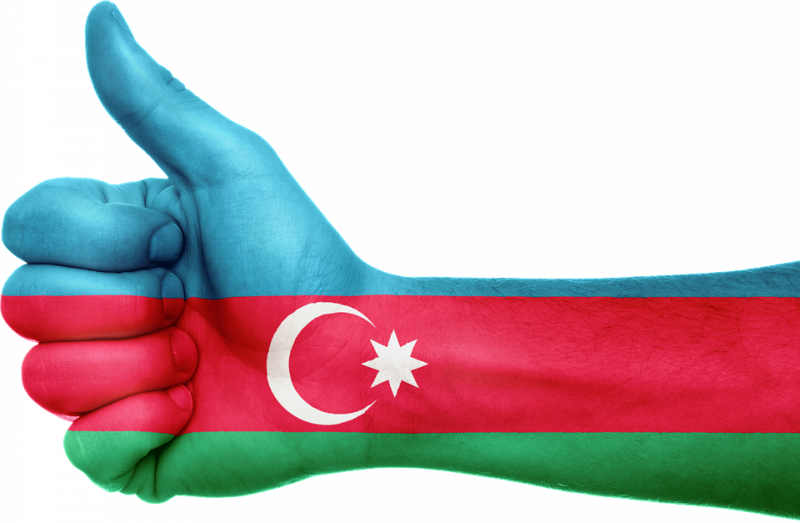 Children growing up in post-independence Azerbaijan are mandated to take a class on the oil-rich country's ever-changing constitution, but lessons on the document mostly take the form of recitals, with critical reading and discussion discouraged.

Perhaps that is why at least 70% of Azerbaijan's electorate turned out to support almost unanimously 29 constitutional amendments that further empowered reigning President Ilham Aliyev in a September 26 referendum, notably granting standing presidents mega-terms of seven years instead of five.

Or, perhaps there were other more underhanded reasons for such a ringing endorsement of the corrupt ruling family and their bid to rejig Azerbaijan's political system to suit their needs for a third time since 2002?

Linked is a sample ballot. What voters saw on that piece of paper on September 26 is merely the text of a proposed amendment. There is no reference to the title of the article being amended, nor the article itself.

Moreover, none of the changes were publicly explained to the voters. In interviews conducted by Radio Free Europe's Azerbaijan service, most respondents admitted they were unaware of what the new amendments entailed.

Based on observations on the ground courtesy of independent media outlets such as RFE and Meydan TV, as well as citizen journalists, it is apparent that electoral violations were utterly brazen and probably unprecedented in scope.

These two women, captured in an RFE video, were caught voting twice at different precincts, for instance.

Below, in a video published on Meydan TV's YouTube channel, a member of the election committee is shown merrily stuffing ballots into the ballot box.

And here, a box full of ballots is placed on the table.

In the meantime, social media was full of interesting reports of carousel voting and updates under the #AzReferendum hashtag.

It is one thing when you commit an unethical act as an individual. It is another when you do it as a citizen. Like those stuffing ballots yesterday #AzReferendum

Popular citizen blogger Hebib Muntezir enlightened his followers with a “how to” guide for Azerbaijani referendum rigging:

The election technologies of yapokrats [those from the ruling party of New Azerbaijan] in this referendum #ballotstuffing #AzReferendum:
1. Carousel voting — when one group of people walks from one precinct to another [to vote multiple times], sometimes in new changes of clothes so as not to be noticed;
2. #Ballotstuffing — after stuffing a box full of ballots , a member of the election committee picks it up and shakes it so as to mix up the evidence;
3. Voters vote for their parents who are absent (without an official document authorising the person to do so);
4. Votes are cast in the name of sick patients unable to attend the vote(again, without a official document authorising the person to do so);
5. Those employed by government institutions were handed pre-signed and filled in ballots in order to vote Yes;
6. Empty ballot boxes were replaced with full ones waiting [in backrooms] at precincts;
7. There was no secrecy as was the case in previous years — elections were being rigged openly, in front of cameras;
8. The voter turnout at 69% was a message to Europe. Come and see how elections are done and learn from us.

Rage against the machine

But in a day that went smoothly for the regime, there were still isolated incidents of outright defiance, suggesting Azerbaijani society has not had its resistance completely broken.

#boycott Don't rape the constitution. Down with monarchy!

Young people are looking for a country to run away to. But the time will come when you won't find a hole to hide little Heydar [referring to the son of Ilham Aliyev].

As a result of the changes passed, Aliyev, who took over the presidency after his father Heydar Aliyev's death in 2003, will next face a vote in 2020, rather than 2018.

By that time, he no doubt hopes, the country's sliding economy — hammered by low global oil prices — might regain some swagger.

These changes appear to favour Ilham's son 19-year-old Heydar, who is named after his grandfather and reportedly owns nine waterfront mansions in Dubai in a testimony to the ruling family's largesse.

With critical voices increasingly marginalised, it seems there is little citizens can do to peg back the former Soviet Union's only dynastic dictatorship.