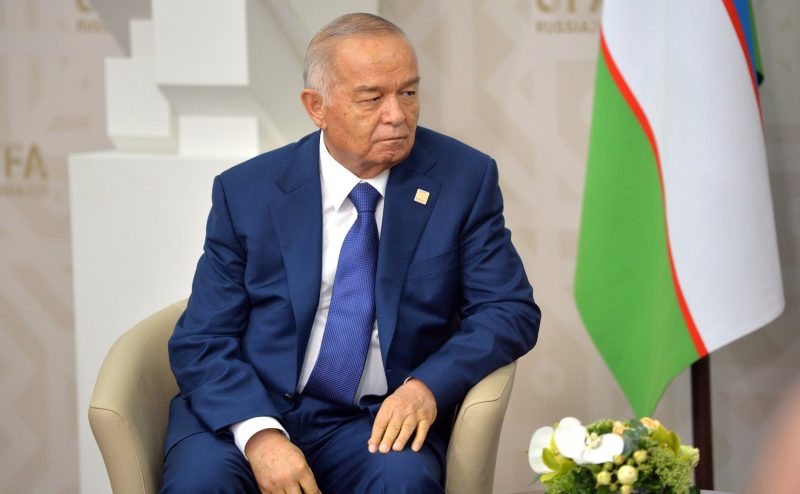 Unlike some of his regional neighbours, Uzbekistan’s late President Islam Karimov—who was buried in his native city of Samarkand on September 3—never felt the need to honour himself with ostentatious statues. His authoritarianism, fashioned over a reign of almost three decades, was the no-frills kind, and heavy on repression. Time and time again, Karimov, who was 78 when he died, answered with aplomb the question posed by Italy's renaissance philosopher Niccolo Machiavelli: it was more important for a leader to be feared than loved.

What little the world beyond Uzbekistan knew of Karimov, who reigned over Uzbekistan for 27 years and tolerated no opposition, was the stuff of nightmares. This was the man who ordered a bloody crackdown on protesters in the market town of Andijan in, 2005, killing 187 people according to the government tally and many more according to unofficial accounts. This was the man who reportedly boiled some of his political opponents in oil, and put his eldest daughter—a pop singer and businesswoman with a ruthless streak of her own— under house arrest, where she remains to this day.

Meeting US Secretary of State John Kerry off the plane in his home city last November, Karimov was photographed wearing a black trilby hat and a black overcoat. He cut the figure an archetypal Godfather, a dealer in death. And yet in Uzbekistan, he was loved—perhaps as a byproduct of fear—and when not loved, at least tolerated.

For all the grinding poverty, pervasive corruption and the implicit threat of violence ordinary Uzbeks endured under his rule, Karimov was president when they had their first child, and still president when those children became grandparents. And in a country where age confers deference and authority, he was both very old and very powerful for a long time.

Writing on Facebook following his funeral, one noted Uzbek political analyst explained why so many regular citizens came out onto the streets—some tearful—to watch Karimov's cortege go past:

I would like to publicly answer some non-Uzbeks who think that after the death of the leader with a controversial reputation we should be celebrating in the streets […] Uzbeks who are now mourning do so not for political but for human reasons, as it is accepted by Uzbeks, to quietly and with dignity, mark the passing of someone, moreover their first president. The time to analyse his deeds will come again in the future.

Karimov lives on in the classroom, and elsewhere

The Uzbek state is unlikely to allow any objective analysis of Karimov's time in power in the short-term. While he shunned the opportunity to build a personality cult during his lifetime, his underlings are making up for lost time.

Karimov's likely successor, acting President Shavkat Mirziyoyev, has already referred to him as “like a father”. Eurasianet reports that since his death classes have been dedicated to memorializing Karimov's life.

The regime has also allegedly been cracking down on people for spreading “rumours” that contradict the official version of Karimov's death, including rumours about the date of the death, which has been the subject of serious dispute. 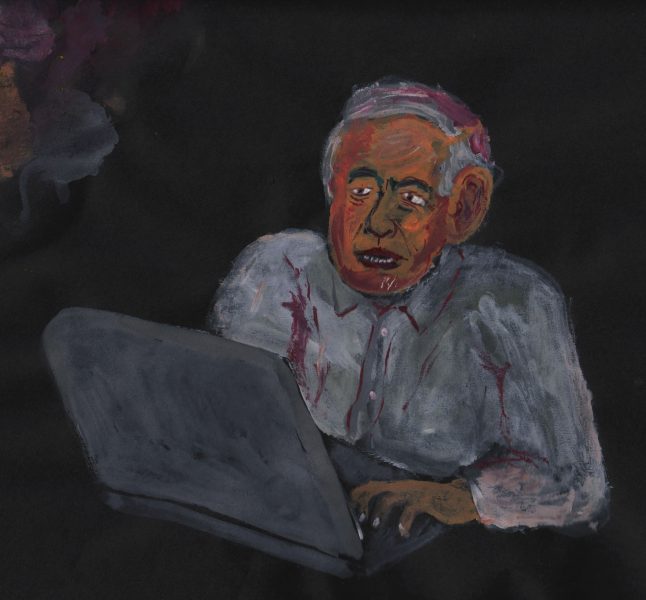 Islam Karimov as depicted by an artist that wished to remain anonymous.

It is possible that Karimov was kept “alive” beyond the date when a Moscow-based news outlet with a web of contacts in the secretive country reported him dead on August 29, in order to extend his reign beyond the country's 25th anniversary of independence on September 1. For political reasons he had to make it at least that far, even if he could not in reality.

But what of the future without him?

Karimov’s own hints that Uzbekistan could dissolve into bloody chaos under a different government were repeated so often, that many inside and outside the isolated country treated them as fact, even when evidence was hard to come by. For this reason, Uzbekistan will continue under the same government.

The SNB internal security service—the Central Asian region's most powerful—will still be headed by Rustam Innoyatov, 72, a man whose longevity at the apex of Uzbek politics is matched only by Karimov's. The police state they honed together is unlikely to recede or face any significant overhaul while Innoyatov is still alive.

Mirziyoyev, the ultimate Karimov loyalist who has served as prime minister since 2003, will, as president, continue to enforce a system that benefits the few, not the many.

Civic freedoms will continue to be squashed and the country's undoubted economic potential will be sacrificed for the sake of a vague “stability”, a buzzword Karimov used often, and one which will doubtless survive him.

Karimov, like other dictators, peddled a narrative of stability, while doing much to undermine it. It is a deep irony that a man called Islam, who swore his presidential oath on the Koran and now has a mosque in Tashkent named in his honour, did so much to repress devout Muslims in the country of 32 million, mostly under the guise of anti-terror policies.

And while hailed for his skill in managing the very real tensions between regional political and business elites in the republic, his habit of playing them off one another ensured the perpetuation of these tensions.

Finally, Karimov crafted an Uzbekistan that continues to appear in World Bank reports alongside impressive GDP growth statistics that hint at the sort of book-cooking unseen even during Communist times. A completely different Uzbekistan has seen migrant remittances from Russia, where over two million Uzbeks work, fall several times, along with prices for its key exports.

It is his other, bedraggled Uzbekistan that is destined to shock the pretend Uzbekistan into change for better or worse. It may not happen now, or soon, but some day it certainly will.