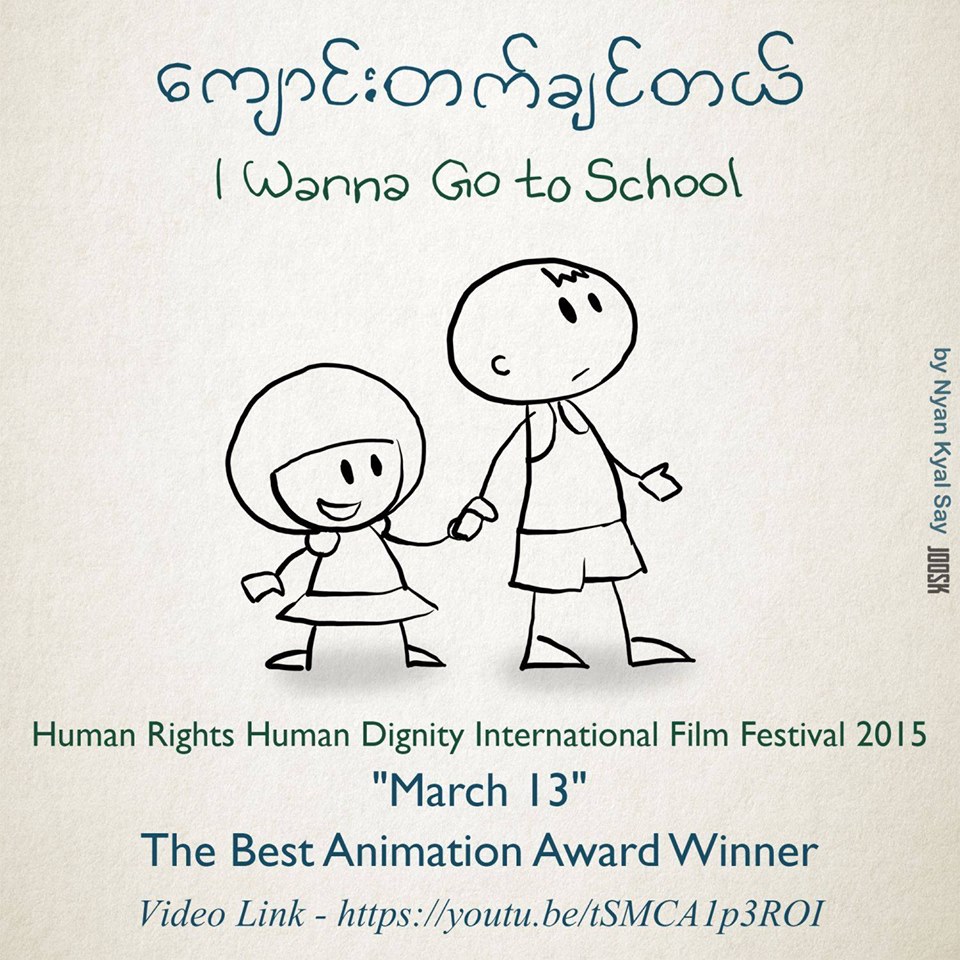 Promotional poster of the video animation ‘I Wanna Go to School’. Image from the Facebook page of Nyan Kyal Say

Myanmar artist Nyan Kyal Say has produced several video animations that highlight the poor conditions experienced by many children and young women in his country.

One of these animations is titled ‘I Wanna Go to School’, which narrates the story of a brother and a sister whose dream of going to school is undermined by various obstacles such as gender inequality, poverty, war, child abuse, child labor, and human trafficking.

It won the best animation award in the 2015 Human Rights Human Dignity International Film Festival. Last month, the Asia-Pacific office of the International Labour Organization promoted the video as part of the campaign to strengthen child protection in Myanmar.

According to some studies, one out of 10 children in Myanmar are involved in child labor, with more than half of them in hazardous work. Almost half of children do not finish primary school.

Below is ‘I Wanna Go to School’

Another video animation made by Nyan Kyal Say is titled ‘My Life I Don’t Want’ which depicts the experience of many girls in Myanmar as they try to overcome the various difficulties they face in life such as sexual abuse, discrimination, and trafficking. See the trailer of the video below:

In an interview with this author, Nyan Kyal Say highlighted the role of artists in a country like Myanmar, which is undergoing a democratic transition.

The role of artists is very important for every country, because aside from pointing out the realities, they can also make people feel those realities and make the public understand. For Myanmar, since the eyes of most Myanmar people were closed by the previous military-backed governments for many decades, they became lost and didn’t even know that they were lost. In such case, art is a strong way to make their eyes open. Also, because of that, during those years, many artworks dealing with politics, social issues, economy, and government matters were censored. Now, since Myanmar is in rapid transition and transformation with the new government, and as artists are now given the freedom to create, art becomes more important for the people to see and feel the reality, and motivate them to make changes in society.

He is confident that animation artists like him will continue to have an important role in the country:

For animation, we have to keep trying far to survive, since the animation market and animation knowledge in Myanmar is still not well-developed yet. However, I can see positive movements in Myanmar like the rising number of young animation artists. I believe we can do it for the development of animation culture in Myanmar. 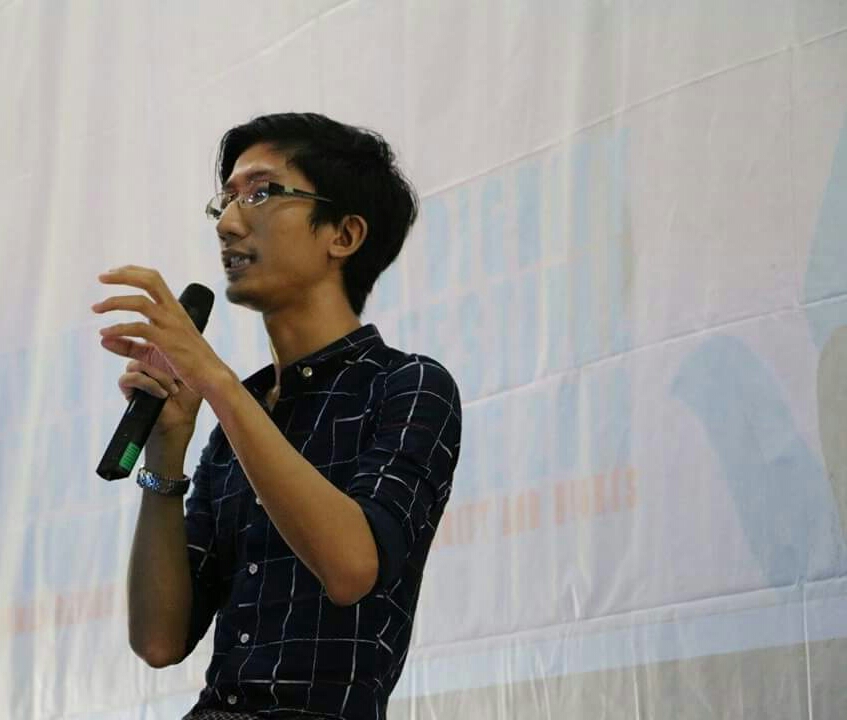