This Soviet Cartoon Was Too Much for Romania’s Communist Censors 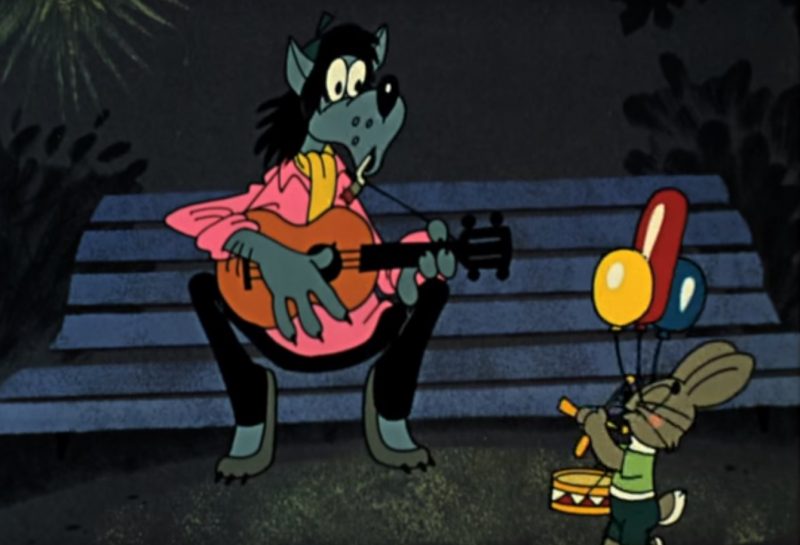 A scene from an episode of the Soviet cartoon “Nu Pogodi” not approved by Communist Romanian censors.

According to the documentary “Chuck Norris vs Communism,” Romania's state censorship actually deleted scenes from the classic Soviet cartoon “Nu Pogodi” before broadcasting it on state TV during the 1980s. For instance, in the first scene of the second episode, the Rabbit carries three balloons: red, blue, and yellow. Because they matched the colors of the Romanian flag, censors cut out the scene to avoid associations about Soviet dominance over Romania.

“Nu Pogodi” (“Well, Just You Wait!” or “I'll get you!”) is probably the Soviet Union's best-loved, most famous cartoon. Produced in Russia by Moscow-based Soyuzmultfilm, it featured two main characters inspired by Tom and Jerry: the ‘hooligan” Wolf and the goody two shoes Rabbit. Today and on YouTube, it remains popular across the former Soviet Union and the Eastern Bloc, as well as in the former Yugoslavia.

While Romania was indeed a Soviet satellite state, the regime of Nicolae Ceaușescu tried to maintain the perception that his government was in charge, and that his brand of Communism, which included Romanian nationalism, was “the best.” Other instances spurring censorship highlighted in the “Chuck Norris” documentary included deleting scenes of abundant food (banned because of shortages in most consumer products, thanks to the shortcomings of Communism's planned economy).

Soyuzmultfilm has published all the “Nu, pogodi!” episodes online on YouTube, including a 2014 reboot. (These videos cannot be embedded outside YouTube, however.)

“Nu, pogodi!” was created in the traditions of Disney and Warner Bros. For other of cartoons made behind the Iron Curtain, check out more examples from Russia, Ukraine, and Hungary.