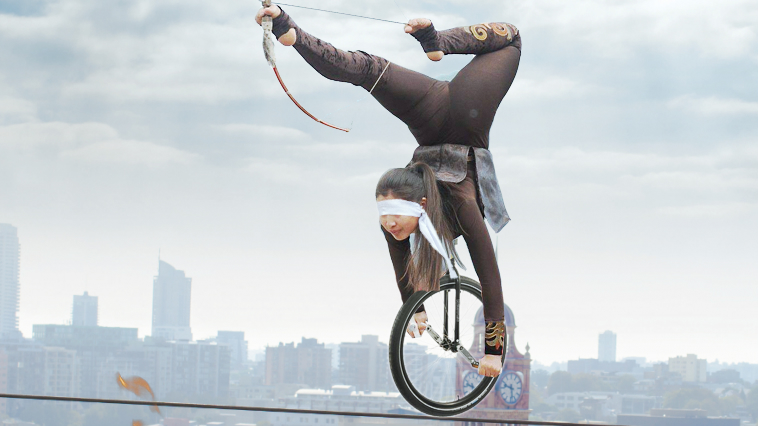 Photoshopped version of a TASS/Getty Images photo of Chynara Madmikulova using her feet to shoot a bow and arrow. Image used on Kloop.kg. Creative commons.

Now the dust has settled on the spectacular World Nomad Games held in Kyrgyzstan September 3-8, some people are beginning to ask whether an event featuring delegations from over 40 countries competing in more than 20 traditional Eurasian sports was worth all that money.

The Kyrgyz government has not disclosed exactly how much it spent on the World Nomad Games — and sponsors played a part in funding the games, too — but based on available information, their cost at minimum exceeded $20 million.

For a poor country with a reported deficit of school textbooks as well as a worrying external debt, even a few million dollars should be considered be a lot.

But then the games were an incredible exercise in branding for a republic that is little known beyond the tough-to-access former Soviet region of Central Asia.

For a week, at least, global media poured attention on Kyrgyzstan and the unique sporting spectacle taking place on the shores of its picturesque Lake Issyk-Kul, with even Great Britain's best-selling tabloid the Sun gushing: Acrobatic Archers and Burning Man Wow Crowds at the World Nomad Games in Kyrgyzstan.

Of particular interest to the Sun, a host of other media, Twitter and the online community Reddit, was the achievement of Chynara Madimkulova, an archer who hit the target firing a bow and arrow with her feet while supporting herself on crutches.

Men on internet forums: “Women are inferior compared to me”

The talented Madmikulova, who was captured in mid-shot by a photographer from Russia's Tass news agency, could hardly have been a better advert for Kyrgyzstan.

The image earned thousands of retweets on Twitter and soared onto Reddit's main page, inspiring a wave of furious photoshopping by redditors subsequently catalogued by Kyrgyz media outlet Kloop.kg: 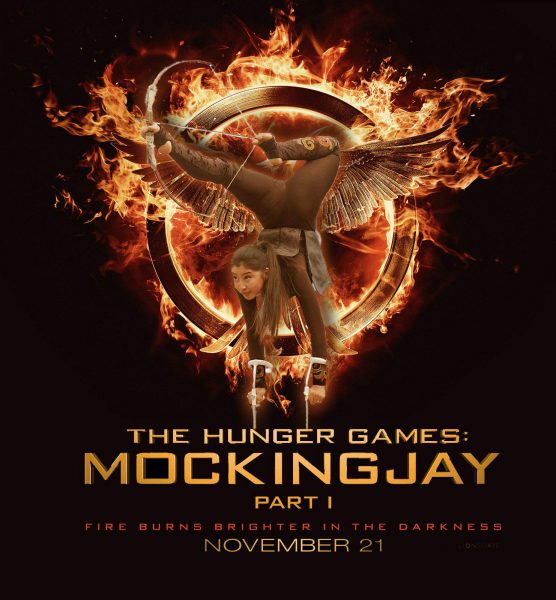 Academic Adrienne Mayor, who authored the book The Amazons: Lives and Legends of Warrior Women Across the Ancient World noted the historical roots of Madmikulova's feat:

@simplic10 @semiotechnic tradition of nomads #AcrobaticArchery ancient way of terrifying enemies with riding and archery skills, not for war

More than any country in its authoritarian neighbourhood, Kyrgyzstan has made an effort to grow its tourism sector.

Initiatives such as Community Based Tourism — a network of offices coordinating homestays in rural parts of the country — and a government policy scrapping visa regimes with over 30 countries, have been rewarded with a rapid increase in the number of foreign visitors.

Only time will tell whether the colourful World Nomad Games was a worthy milestone along this journey, or just an expensive stunt.