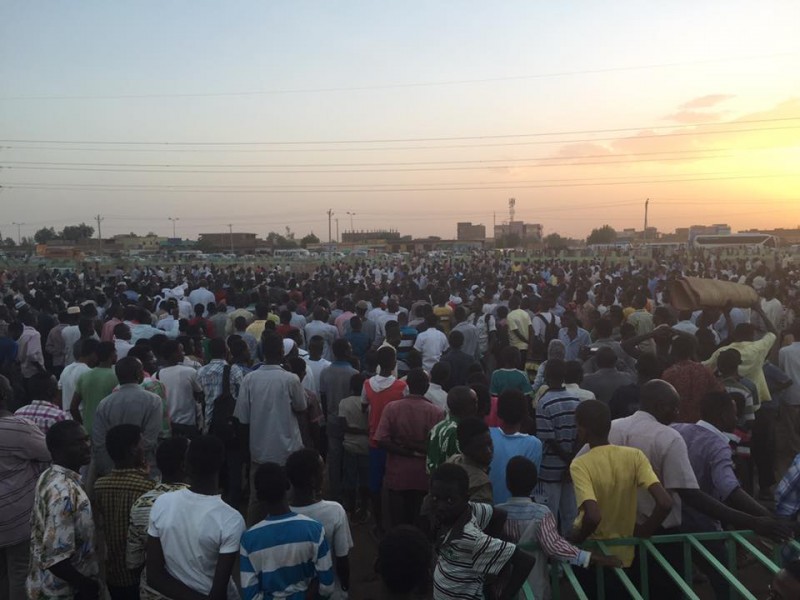 Human rights activists in Sudan are being prosecuted in what critics are calling a “morality” trial.

Six activists, all of whom are affiliated with Khartoum Center for Training and Human Development (TRACKS), have been charged with undermining the constitutional system, waging war against the State, espionage, and terrorism. If convicted, they could be sentenced to life in prison, or death.

Case number 56/2015 was originally brought against TRACKS director Afif Mukhtar, and human rights trainer Adil Bakheit. However, after they were summoned to court on 22 May 2016, they were informed that two other TRACKS staff members Al-Rabie and accountant Nudaina Kamal, were also accused in the case.

Despite the seriousness of these charges, Sudanese prosecutors have turned the trial to an investigation into the private lives of activists showing private photos and videos from the defendants’ confiscated laptops, as evidence of “immorality”.

On 22 May 2016, police arrested eight TRACKS activists after they appeared before the Office of the Prosecutor for Crimes against the State for investigation in relations to charges brought up by the NISS. While five of them have since been released, three remain in prison, including TRACKS director Khalafalla al Afif Mukhtar and trainer Midhat Afif al-Deen Hamdan, and Mustafa Adam, the director of Alzarqaa Organisation for Rural Development, who was at TRACKS’ office at the time of the most recent raid.

Over the past two years, the Khartoum-based civil society group, which provides trainings on human rights and information technology, has been subjected to multiple incidents of police harassment. Their offices were raided twice by the National Intelligence and Security Service (NISS), in March 2015 and February 2016, with police repeatedly interrogating the group’s staff and confiscating their documents and electronic devices.

During a hearing on 4 September, the prosecutors screened a pornographic video allegedly found on one defendant's computer. They also showed private photos they found on defendants’ computers as evidence of “immorality”. The defendants say there is nothing “immoral” or “pornographic” about these photos, as the picture in the tweet below shows.

pornographic photo used as evidence against @midhatafifi on 4/9 trial featuring me & my husband #Sudan @TRACKsudan pic.twitter.com/7C2Pp92g5Y

Another moral trial…you can't wage war against the state with alcohol! They need to stop invading their privacy and show relevant evidence

There was a pic of a friend of one of the defendants hugging a lady.two of her pics were shown. The court has no respect for itself#privacy

For these and other Sudanese civil society members, the use of personal photographs and data as evidence has undercut the legitimacy of the trial and the judiciary.

Showing such pictures and videos may not be relevant to the trial, but it is a calculated strategy of the Sudanese authorities to “discredit civil society” in the country, writes Sudanese journalist Reem Abbas, who was present during the hearings on 4 and 22 September:

Setting the ground by damaging the defendants’s public image and presenting them as immoral as understood and seen by the conservative Sudanese society will cause confusion within the solidarity movement. This tactic is very dangerous as it will be used to instigate public opinion against the defendants and initiate a smear campaign that changes the entire discourse of the trial causing the lawyers to become distracted from the actual charges…With women who are perceived as activists or active in the civil society, this is done on another level. Our pictures were shown to reiterate their point, this is the civil society here! They watch pornography and their women are uncovered and they are even smiling in the pictures!

The civil society was painted as a world of debauchery and this debauchery was documented in pictures that were shown inside the courthouse, violating the privacy of the defendants and their friends. But it was done for this exact reason, the NISS wanted to put the whole civil society on trial and in Sudan, the worst kind of trial is a moral one

Today all of #SudanCivilSociety is on trial, not only #TRACKS #sudan https://t.co/g5pJvWgQG9