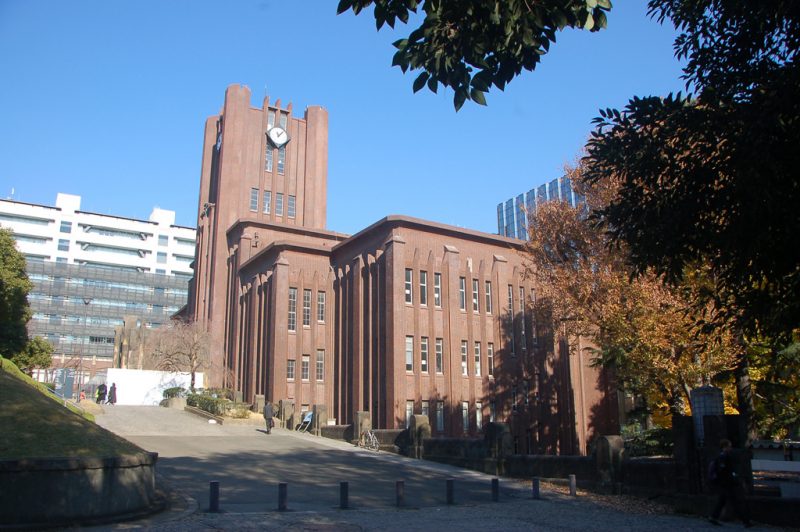 The recent sentencing of a group of men convicted of “group indecent assault” provides insights into Japanese attitudes towards sex, class and privilege, as well as the power of enduring cultural traditions.

Two of the men convicted of sexual assault (known as indecent assault in some jurisdictions) were given suspended sentences by the Tokyo District Court on Tuesday September 22, 2016, while a third alleged accomplice still remains on trial. The suspended sentences for Matsumi Kensuke and Komoto Taichi, who are both undergraduates at Japan's most prestigious university, have generated controversy and heated online debate.

Members of “The University of Tokyo Birthday Research Group” (東京大学誕生日研究会) were charged and then tried for the sexual assault of the young woman, which took place on May 11, 2016. The men were arrested after the victim fled and contacted police.

The group was organized as a “circle”, or university club, and had its own Twitter profile, which has since been taken down.

Identified as the ringleader, Matsumi testified in court that he felt entitled to assault the woman because he regarded her as “intellectually inferior” for attending a university other than the University of Tokyo. Popularly known as “Todai”, it has long been Japan's top-ranked university, and graduates typically go on to form the elite of Japanese society.

Japan's post-secondary system is made up of both public and private universities. There is strong competition to get admitted into some public, nationally-run universities, especially the University of Tokyo. While its tuition fees are relatively affordable, admission depends on performance in a tough nationally administered test, as well as entrance exams administered by the university itself. Students who pass and are accepted to study at the University of Tokyo are regarded as the “best of the best,” on course to lead government and industry.

Although convicted of a serious crime, the men have got off relatively easily with suspended sentences because they paid damages to the victim's family, apologized in person and expressed remorse in the courtroom.

According to Japan Times staff writer Shusuke Murai, who reported on the ruling:

Presiding Judge Hajime Shimada said that what the defendant did was worthy of strong condemnation because it disrespects the victim. The judge went on to say, however, that there is room for rehabilitation because the student had expressed remorse for his actions.

Heartfelt apologies can hold great weight in Japanese courtrooms. Earlier in September, charges were dropped against a Japanese actor accused of sexually assaulting a hotel worker, after the actor and his mother (also a prominent celebrity) both apologized.

In the case of the university student, the defendants who have already been sentenced said that alcohol had clouded their judgement — but not everyone was convinced of the apology:

I can't believe (Matsumi Kensuke) came up with such a lame excuse.

Three third-year University of Tokyo students have been found guilty of gang sexual assault against a female undergraduate.

The activities of the group resemble those of “Super Free”, a similar university “club” that orchestrated a series of gang rapes between 2002 and 2003. Its leaders — undergraduate students at Waseda, another elite university in Tokyo — were arrested in 2003, and given heavy sentences of up to 12 years in prison.

Unlike this latest incident, which appears to have been limited to just one sexual assault, “Super Free” had been meticulously planning and methodically executing sexual assaults by drugging large numbers of young women at raves and parties.

Plying women with drink or even drugging them in order to facilitate sexual assault is not uncommon in Japan. In a 2014 case, students from another top university, Meiji Daigaku, drugged female students who collapsed in the street.

Against this backdrop, the suspended sentences for the men from The University of Tokyo left many observers bewildered:

Matsumi has promised he will never drink alcohol ever again, it looks like he's blaming it all on booze.

He promises never to drink alcohol again for the rest of his life? He'd better not because everyone in Japan is going to be watching him. But will he be cured from being an extreme sexual sadist? Should we really be letting this creep loose?

Meanwhile, the plaintiff in the assault has remained unnamed, prompting one Twitter user to note:

The reason why these copycat crimes happen is because the only punishment is a slap on the wrist. A similar crime is will probably happen again. Unless they hide their names and faces, the female victims can never hope to return to their old lives and heal their body and soul. #spreadtheword #komototaichi #matsumikensuke

Group news blog Kuroshi Sokuho (黒子速報, “Behind the Scenes News Flash”) did a little digging, and reported that Matsumi Kensuke's family connections may have played a role in his lenient sentence:

Matsumi's father is also one of the elites, graduating from University of Tokyo's Faculty of Law, now working as a financier managing an investment fund at a ‘megabank’.

If true, the young men convicted of sexual assault in in this case would have been able to rely on an extensive old boy network of influential contacts to help reduce the severity of their sentence.

Victim-blaming — the cultural attitude that the young woman in the case invited misfortune upon herself by voluntarily entering Matsumi's apartment (something women in Japan are warned never to do, unless they intend on having sex) — may also have played a role in the men receiving suspended sentences.

According to the United Nations Office on Drugs and Crime, Japan reported 1.2 incidents of sexual assault (rape) per 100,000 people in 2014, compared to 28.6 per 100,000 in the United States. While the East Asian country enjoys an extremely low crime rate, there are concerns that sexual assault is under-reported.