How an ‘American Spy’ May Have Exposed Russian Election Fraud 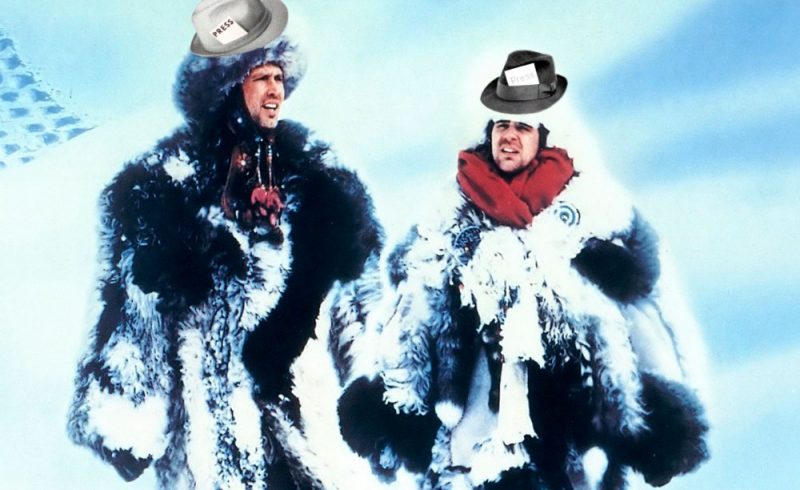 It’s been nearly a week since Russians voted for parliament, which has been plenty of time for accusations of widespread election fraud to circulate online. The most damning revelation seems to come from blogger and physicist Sergei Shpilkin, who published statistical evidence suggesting that nearly half of the votes cast for United Russia, the ruling political party, were falsified.

Shpilkin, who shared similar statistical evidence of widespread voter fraud in the 2011, argues that true voter turnout was 11 percent lower than what officials claim, meaning that millions of votes were simply invented. (According to Shpilkin’s interpretation of the election data, United Russia’s performance last Sunday violates the basic assumptions political scientists make about free and open elections.) 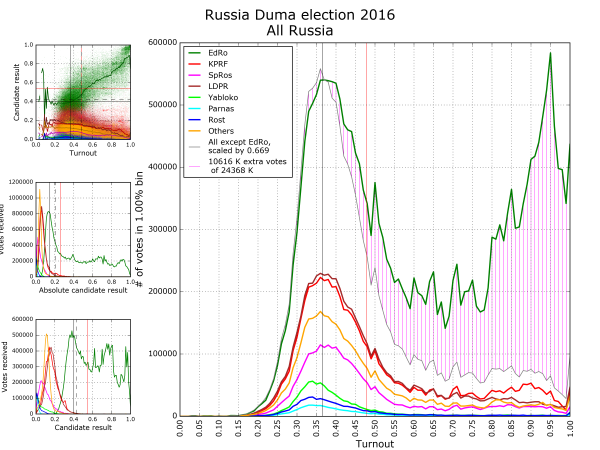 Reuters’ election report, “Phantom Voters, Smuggled Ballots Hint at Foul Play in Russian Vote,” describes numerous irregularities, including stuffed ballots, people voting more than once, and even a complaint that one reporter’s hand-held mechanical counter was really “an object of radioactive nature.”

On September 22, US-based Russian blogger Alexander Kireev decided to compare the results from different voting precincts in Ufa, to judge the possible impact of monitoring work by Reuters reporters at a voting station in the region. Kireev found that the presence at Polling Station 62 of correspondent Jack Stubbs (who's been smeared as a “US spy,” though he is British) correlated to voting results that differ dramatically from every other polling station in the area.

Writing a LiveJournal post titled “How An American Spy Saved the Votes of People Living in a Bashkirian Village,” Kireev demonstrates in a graph (decorated with a humorous spy emoji) that Polling Station 62 was one of just two precincts in the entire Ufa region with turnout below 30 percent. More mysterious still: United Russia attracted far lower support than it averaged everywhere else, and the tiny, ostensibly unpopular anti-Kremlin party “Yabloko” won a percentage of the votes more than 20 times higher than it did in all other areas of Ufa.

(The columns below read, from left to right: turnout, United Russia, the Liberal Democratic Party of Russia, Yabloko, the Communist Party, and A Just Russia. Each row after the first row represents a different polling station.)

The numbers, as always, are subject to interpretation, and perhaps Polling Station 62 was merely an outlier to the prevailing trends in Sunday’s vote. If that isn’t the case, however, it’s possible that a journalist from Reuters managed to reveal what real elections in Russia would have looked like.