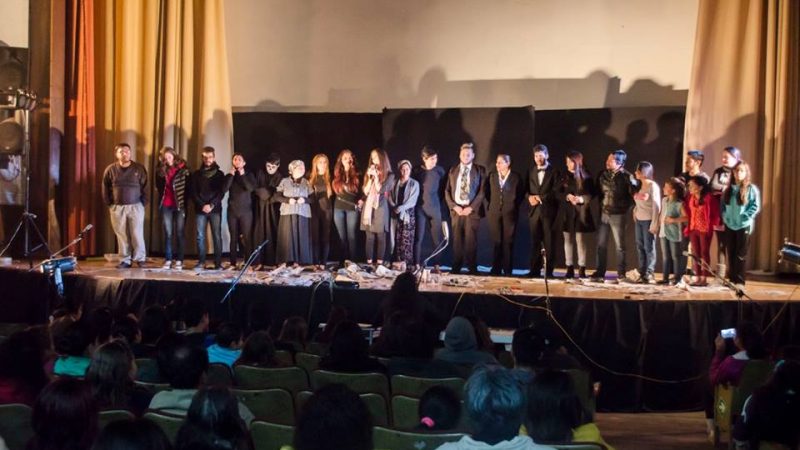 There are tragedies that make us change the way we help. The deadly 7.8-magnitude earthquake that hit Ecuador on April 16, 2016, shook not only the earth, but also the way citizens support each other. Since then, many people have cooperated with those affected — and distance hasn't been a hurdle.

Loja, which lies on the border with Peru, on the opposite side of the country from the area affected by the tremor, is an example of this. In this small city, on July 9 and 10, a group of 10 theatre companies came together to make the public laugh and forget about reality for a couple of hours. The objective of the initiative, called “7.8 Theatre for Life: Short Works, Big Sensations”, was to fund-raise for the victims of the earthquake.

Erika Erike, one of the theatre festival's promoters, discussed the details with Global Voices:

Approximately 30 people, including actors and directors from different collectives, collaborated generously with their presentations. Over the two-day festival we had about 450 attendees, among them children who were able to enter for free.

We were also very happy to host a large group of children from an orphanage in the city, who for the first time had the opportunity to watch a play. So, we were able to make it possible for these children to go to the theatre and enjoy art, involving them and making them the objective of this project. 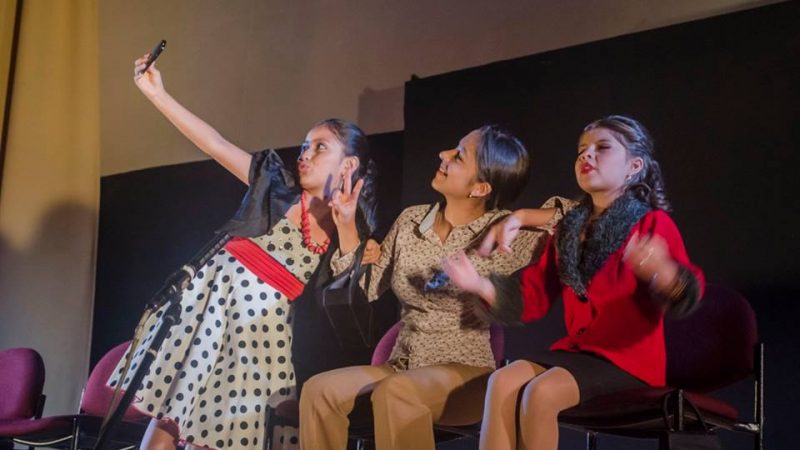 Some of the plays that were part of the “7.8 Theatre for life: short works, big sensations” starred children. Both adults and kids enjoyed them. Photo taken from the official Facebook page of Loja Cultural Network.

Erike said the money raised from the festival and from some of the Loja Cultural Network‘s other activities was put towards a trip that the group made to Manabí province from September 8 to September 12 to organize artistic activities for earthquake victims to help them deal with their emotional distress. The program included music, painting, theatre, puppetry, and writing. They also planned to paint a mural to highlight the strength and hope of Manabí:

The money will go towards financing the journey of volunteers with the necessary materials to carry out these activities. Also, a collection of children's books is being put together as a donation for the children in the affected areas.

Erika confessed that she loves theatre and that for her and other organizers, it was a very meaningful experience to witness the magic of the stage as a means of getting people involved in solidarity:

Everyone who attended “7.8 Theatre For Life: Short Works, Big Sensations” enjoyed themselves, laughing, but they also understood the reflection and compassion. People were moved and shared their desire with us to help those who still need support to start their lives again after the earthquake took so much from them.

Ecuadorians have found a way to heal from the damage caused by the strongest earthquake in the country's history: art, laughter, and solidarity.