Are There Prospects for Peace and Stability in South Sudan? 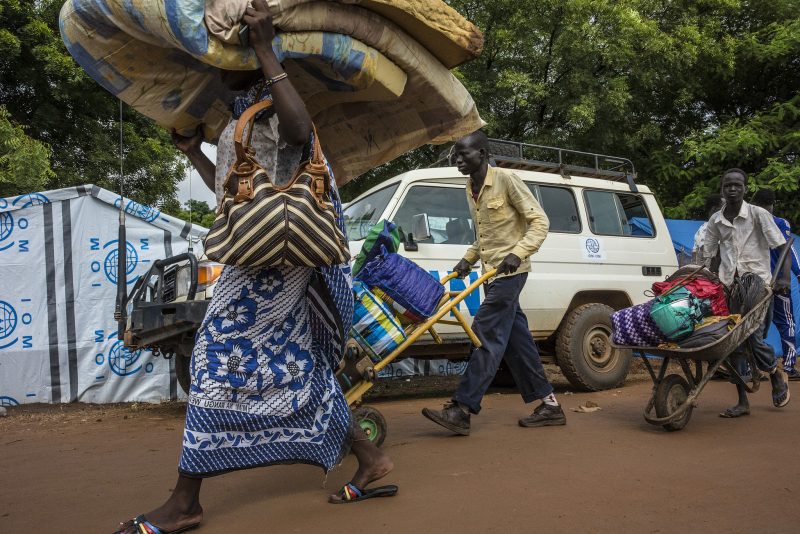 The political situation within South Sudan is becoming increasingly unstable.

In early July, clashes between government forces and soldiers loyal to Riek Machar, the former vice president, resulted in the deaths of hundreds of people and the displacement of thousands from the capital Juba. Allegations as to the cause of the fighting pointed to a failed coup orchestrated by Machar to oust President Salva Kiir from power, and in the wake of the recent violence and confusion, the political intrigue that had festered in the corridors of power fully manifested.

Machar fled the capital and refused to return to Juba unless a third-party military force was stationed in Juba to defuse tensions between the rival factions. While the United Nations and Intergovernmental Authority on Development (IGAD) conversed on the deployment of such a military force, President Kiir made his move. He proposed an ultimatum to Machar, stating should he not return to the capital within 48 hours there would be consequences. Machar missed the deadline and true to his promise, President Kiir replaced Machar with the former mining minister, Taban Deng Gai.

The development echoed the initial spark that led to the civil war in 2013. That year, the world’s youngest nation was plunged into civil war when Kiir removed First Vice President Riek Machar on December 15, after accusing him of planning a coup. The conflict has been marred by ethnic undertones, as both leaders enjoyed the support of their respective tribes. President Salva Kiir is a Dinka, while Riek Machar is an ethnic Nuer. (Dinka is the largest ethnic group in South Sudan, and the Nuer tribe is the second.) 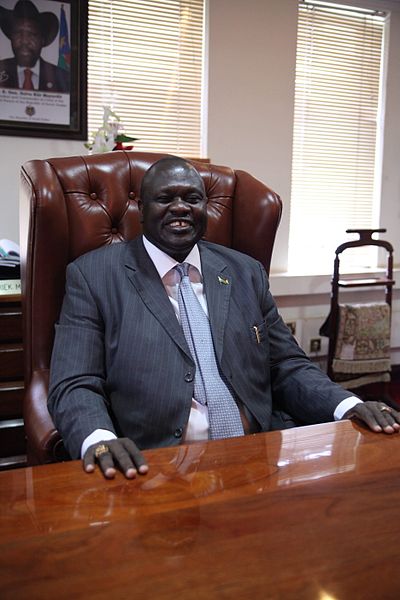 In February 2016, Kiir re-appointed Machar as his first vice president. By July 7, however, fighting erupted in the capital city, where forces loyal to Kiir fought with troops pledged to Machar. The clashes marked the first violence since the signing of last year's peace deal.

Machar, fearing for his life, fled Juba and sought refuge in neighbouring Democratic Republic of Congo, and then in Sudan where he was receiving ‘emergency medical treatment’ in Khartoum. Some observers speculate that Machar is seeking to amass allies who will support him in his cause to return to the capital and restore his position of vice president.

But the deteriorating state of the country’s affairs has placed doubt as to whether Machar will be able to return to his post. After much resistance, the government has allowed for the deployment of an additional 4,000 UN peacekeeping troops to be stationed in the capital with certain stipulations. Minister of Information Michael Makuei Lueth argued in a press statement that “4,000 is the ceiling, but we are not duty-bound. We can even agree on 10.”

He also said his government gave “consent” but did not “accept” the deployment of the force. The challenge to the agreement reflects the South Sudanese continued resistance to foreign intervention.

In addition, President Kiir has claimed that Machar’s return to politics would not bring about peace and he should refrain from entering politics. This sentiment has been expressed by the US, the superpower which helped South Sudan achieve independence from Sudan in 2011, which has been deeply involved in trying to salvage the peace settlement since the July clashes. Like President Kiir, the US special envoy to South Sudan, Donald Booth, expressed that Machar should not seek to reinstall himself to his former position. He said, “Given all that has happened, we do not believe it would be wise for Machar to return to his previous position in Juba.”

In response, many netizens have claimed that the US has been naïve in their evaluation of Machar’s negative influence in the implementation of the peace settlement:

One commenter, jubaone, in response to an article by Sudan Tribune, said:

Booth’s remarks are irresponsible, unfortunate and malicious back-stabbing on the IGAD as a regional institution that tirelessly mediated the peace. Dr. Riak commands a following and there is no short-circuited solutions without him. Booth’s statements are inflammatory and can only fuel the conflict further.

[US] Ambassador [to the United Nations] Samantha Power follows Representative Chris Smith and Ambassador Donald Booth in the long line of American diplomats who have been misled by Kiir’s lies that he has no plan to purge any potential rival politician .

Akook pointed out the consequences of Machat’s continued absence from Juba:

It is clear to everybody that Kiir’s faction picked on Machar attacked and dislodged him out of Juba simply because they want to replace him which is against peace agreement. Juba can bribe few American officials to change course overnight but situation on the ground remains the same. There is nothing they can do about. If Machar stays out, there countless Generals more than ready to fight Juba.

So where does this mean for Machar?

Though there are supporters within the Sudan People's Liberation Army in Opposition (SPLM-IO), the main opposition armed group, who wish for Machar’s return, there are those who oppose his reinstallation, pointing out the ineffectiveness of his leadership and the human right violations his troops committed during the civil war in 2011 and in the recent clashes that took place in Juba.

Gatkuoth Gatjiek remarked on Facebook on Machar’s incompetence both as a leader and military commander:

If Kiir is a lame duck, the same might be said – albeit to a lesser extent – of Riek Machar. The first vice-president never seemed to control his troops and never had as much military gravitas as his peers in the so-called SPLM-In-Opposition (IO). Furthermore, he has made the grave mistake of dismissing IO’s most experienced generals in the past year.

But in some people's eyes, President Kirr isn't any better.

The former deputy governor of South Sudan’s Upper Nile state, John Ivo Mounto, defected from the government to the SPLA-IO citing that the government’s corruption and incompetence has led the country to ruin.

Others within the SPLA-IO have called for President Kiir to resign, paving a direct challenge to government’s authority.

Tavia Network, an online news network, called for the resignation of both Machar and President Kiir, citing both as responsible for South Sudan’s instability:

However, there is room to doubt whether resistance to either of the men will be great enough to mount enough momentum to sway the centre of power in South Sudan.

Meanwhile, as politicians fight for power, the situation has very real consequences for South Sudanese people. The conflict has displaced over 1 million people internally, and 751,000 people have escaped into neighboring countries. Hunger and disease related to the conflict have inflicted suffering on many. It has also been reported that recruitment of child soldiers is rising. This year alone, more than 650 children having been recruited by armed groups.

Peace in South Sudan is sorely needed, but seems to remain out of reach.