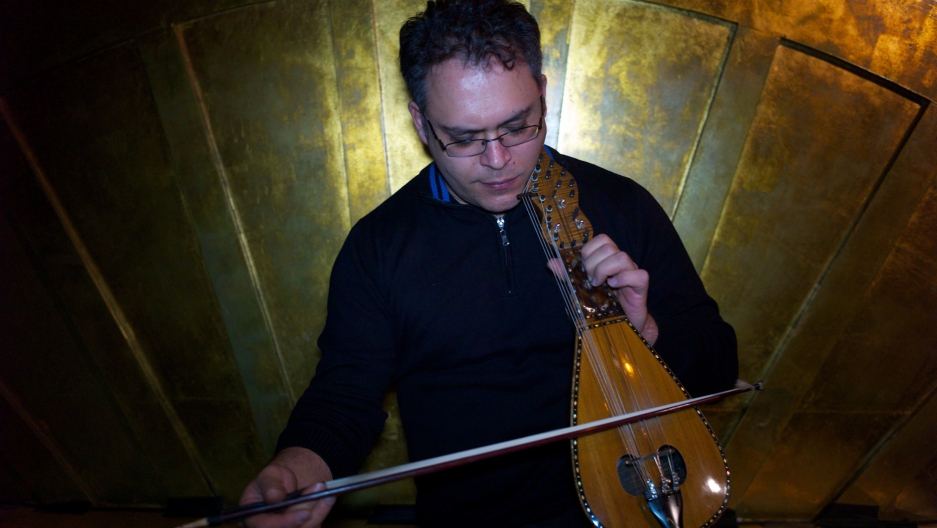 This article by April Peavey originally appeared on PRI.org on September 6, 2016. It is republished here as part of a content-sharing agreement.

Crete, the Greek island between Italy and Turkey, is a crossroads of sorts — a place many migrants have passed through en route to Europe, and more recently the site of large refugee camps.

“My music is deep. It has emotion. My lyrics are mainly for love and some for the respect of the environment. For kindness of people and for the beauty of Crete,” he says.

It is impossible not to feel for the refugees staying on his home island, Petrakis said in an interview earlier this year. “We're all sensitive, especially the artist,” he says. “I try to not be so immediately affected.”

Petrakis plays the lyre and lute — some of the oldest continuously played instruments in the world. He also builds them.

Petrakis went to law school, even though today he's a professional musician.

At a critical moment in his life he had to make a decision: law or music. “I had a concert [on] the same day as some exams,” he says. “I preferred to go [to] the concert instead of the exams.”

So today, Petrakis is a traditional musician navigating the modern world — and finding inspiration all over the place.

“I'm a big fan of the British band Iron Maiden,” he says. “I listen a lot to flamenco music from Spain and [to] a lot of music from Turkey, folk music and classic Ottoman music.”

Iron Maiden? Yeah, he says it's “in the power.”