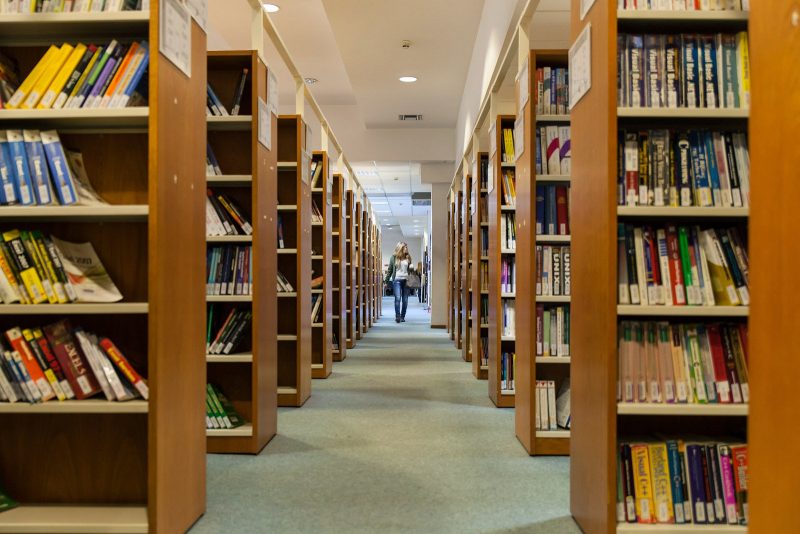 September is usually a calm period in Greece, as schools swing back into session, but this year's fall season has been marked by unprecedented measures taken by a parents group.

Following the government's decision to integrate more than 15,000 children from refugee and migrant families into the national education system, members of the Parents and Guardians Association of the 5th Primary School of Oreokastro in Thessaloniki declared they would not allow their children to attend classes. The group even threatened to protest the government's plan by occupying school buildings, if refugee children are allowed to enter Greek classrooms.

Critics of the parents’ association say the group has embraced racism.

Oreokastro was given to refugees from Pontos back in 1922. Our grandparents were refugees, but we are racists…

The parents’ group says its main concerns are based on health risks posed by unvaccinated children from refugee families, warning that they will bring diseases into the Greek school system. Dr. Asterios Gavotsis, the mayor of Oreokastro, supports this position, staking his medical reputation on claims that refugee children carry “dangerous and communicable diseases, such as hepatitis and malaria.”

Parents also warn that supposedly unbridgeable linguistic, social, and cultural differences would lead to serious communication problems. Coexistence with local children, under the same school roof, is simply not an option, the association insists.

Attitudes online about the controversy are naturally mixed, with Internet users debating the issue fiercely online. Supporters of the parents’ group cite the unique entitlements of citizenship, the need to keep refugees from establishing roots in Greece, and the risks of “degradation.”

Whoever wants the jihadists’ children to attend school instead of leaving Greece, let him teach them himself

User egrammes clarifies that free education is obligatory only for Greek citizens:

While user FainaretiRom firmly supports the Parents Association's actions and decisions in Oreokastro:

I wish we had 10 more [towns] like Oreokastro. Our country wouldn't have such a degradation.

Others, meanwhile, have condemned the racism they say is inherent in the idea that the refugee children should be turned away from Greek schools, pointing out that most people now wanting to slam the door on these people are themselves the descendants of migrants and refugees.

[…] In this area, between current Paleokastro, know previously as Daout-Bali, and the edges of Asprovrysi, Ak Bournar, at the northern residential end of the current municipality, the establishment of the settlement of Pontian refugees was decided. These refugees came from the villages of Argyroupolis province, Mouzaina Tsimera, Xats, Agios Fokas, Kromni, Sourmena, Sistan, Lauria and the villages of Matsoukas. The installation process began in 1922 and ended in 1930, with the attendance of other refugees from the Pontian Stavrin and Caucasus. A total of 183 families were the first inhabitants of the region, who kept hiding deep inside their bitterness and nostalgia for their unforgettable home and began struggling for survival and integration into the National trunk of their new homeland. Along with them came their customs and symbols of the local collective identity. The area in which they settled, at Krioneri location, was named Oreokastro (which means “beautiful castle”) after the Beautiful Castle between the villages Xats and Agios Fokas […]

User nikrtrah reminds the citizens of Oreokastro that they were once refugees as well:

Residents of #oraiokastro, isolate those few extreme xenophobic people.
You were once war refugees as well.

We live in the country where the grandchildren of Greek Asia Minor refugees are threatening refugees with social exclusion.

It's a shame that an association of fascist, nouveau riche parents at Oreokastro, which was once inhabited by Greek refugees, is now threatening our democracy.

Others online say the backlash against the supposed health risk posed by refugees in schools is ironic, in light of studies showing that Greek parents are widely skeptical about the necessity and even the benefits of vaccination.

25 percent of Greeks don't vaccinate their children and yet they are concerned they will be infected by refugee children.

An official announcement by the Ministry of Health has offered some much-needed clarity on the vaccination issue, stating that refugee children are “healthy in general and free of infectious diseases.” The government also says it's now implementing a vaccination program for children in refugee shelters. Officials caution against “unfounded fears” like those expressed by the Parents and Guardians Association.

According to recent reports, local prosecutors have even opened cases and initiated a preliminary investigation against Oreokastro's Mayor and the Parents’ Association to confirm any offence against racist violence law. 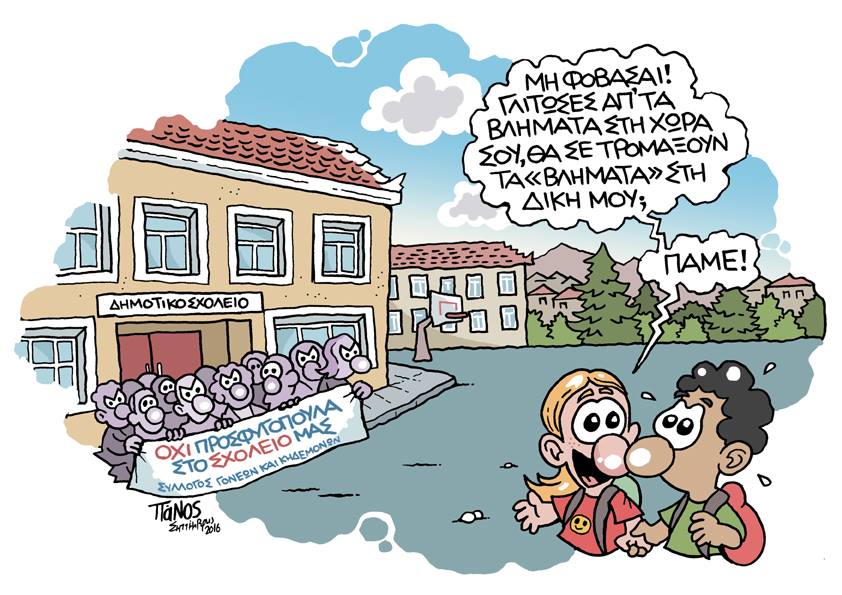 Don't be afraid! You escaped from missiles in your country. Are you really scared of these? Let's go!