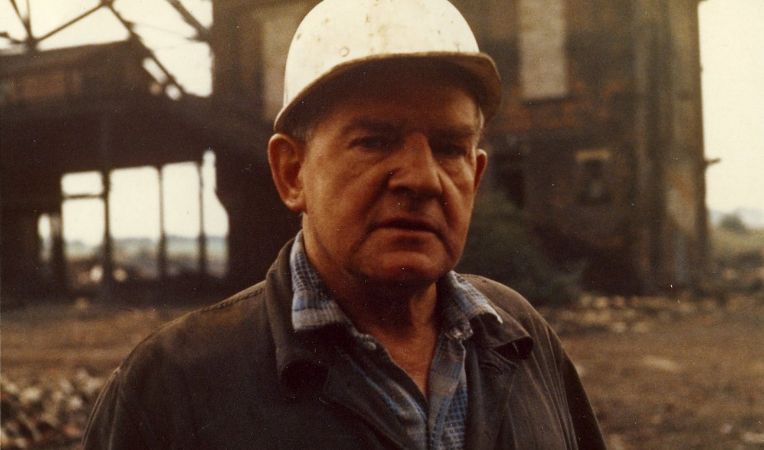 On May 25, twenty miners from Gukovo, a small town in southwestern Russia, held a protest in Rostov-on-Don demanding that their employer, King Coal, pay their salaries—some of which were almost a year overdue. “Give us our money” and “Mr. President, defend the working man!” their signs read [1].

The miners released a statement [2] outlining their demands:

We, the rally’s participants, demand urgent action to repay miners millions in unpaid wages. The government and the law must not show Russian citizens its weakness in front of the coal mine owners. It’s corruption.

The miners’ statement jabbed at the underpinnings of the Putin regime's professed “stability”: effective governance, rule of law, order, and assurances that the“people” will be protected from predatory moguls.

The miners were just getting started. Over the next several months, their demands grew louder, eventually culminating in a hunger strike that attracted national media coverage and forced some action on the part of local officials. While their struggle is far from over, the Gukovo miners’ persistence in defending their rights is yet another example of how Russia’s organized “simple people” have been able to force indifferent officials into taking some modicum of action.

The problem of wage arrears is a familiar one in Russia. According to the latest Rosstat figures, total wage arrears [3] for the Russian Federation amount to roughly 3.7 billion rubles ($57 million), effecting around 73,000 people. Manufacturing and construction workers have been the hardest hit, and bankruptcies account for 25 percent of Russia’s unpaid wages.

Wage arrears are also a main source of labor conflict. According to a recent report [4] by the Center for Economic and Political Reform, which monitors social and economic conflict in Russia, there were 171 recorded conflicts related to wage arrears between April and June of this year.

By then King Coal had gone belly up, leaving its employees empty handed. After the company filed for bankruptcy in 2015, its director, Vladimir Pozhidaev, was criminally charged [7] with abuse of authority, failing to pay his workers, and embezzling company money—eventually leaving King Coal 1 billion rubles in debt. King Coal’s creditors and venders filed lawsuits—3,500 [8] in all—in bankruptcy court. Standing at the end of this long line of spurned suiters were the miners.

Wage arrears are a symptom of the widespread deindustrialization of the region. In Soviet times, Rostov boasted 90 mines. Now, only four are in operation. A good monthly salary [6] in Gukovo is 15,000 rubles ($230) for men and 7,000 ($107) for women. Real income has decreased by almost 7 percent. Most residents supplement these meager earnings with credit, which is why Rostov has the 10th most borrowers of any city in Russia.

Zhenya Nesrelyaev, 40, a miner for 22 years, used to earn [6] a decent salary—20,000 rubles ($306) a month. Now, he and his family live off credit from three banks. “I haven’t made a payment in two months. The collectors call five times a day…They say: hock your things. That is, leave my children with nothing.” In total, King Coal owes Zhenya 305,000 rubles in back wages.

I think the situation is now considerably worse [than the 1990s]. And nobody cares when miners in search of bread are evicted from their homes because almost everyone is in debt. And who thinks about how many families have been broken in the last few years and how many children have become drug addicts?

This is the context that spurred the miners to action. The small picket in May became a daily [9] protest in April They held signs saying “We are not slaves! Give us our money!” and “Russian Donbas Against Thieves and Liars!” Their calls for action from Putin, Rostov’s governor, and Gukovo’s mayor quickly intensified [10]: miners threatened to block the M-4, Rostov’s main highway. A meeting with the mayor ended with empty promises. They formed a group to coordinate their protest efforts, with Valerii Dyakonov taking the lead. Then, in mid-August, the police made a timely visit to Dyakonov’s house, strapped an electronic bracelet on his ankle, and placed him under house arrest [11] for allegedly threatening a local official with an pneumatic gun back in November 2015. A week later, the 200 miners and their families staged a protest [12]. “We are not slaves!” again was their main slogan.

I don’t trust Putin. I don’t think I’ll send my son to the army. I was raised here but this government is worthless…

More media attention soon followed, with several state newspapers fixing their gaze on Gukovo. Only then did a few hundred miners start to get paid.

As of now, media are reporting that 1,500 miners have received portions of their pay. But the victory is bittersweet. According to [15]Dmitry Kovalenko, a member of the miners’ initiative group,

Everything is frozen in place. They gave pennies for May and now they’re saying there’s no more money. We do not see a ray of light and we also don’t have hope. People are very dissatisfied.