The Timor Leste delegation during the opening ceremonies of the 2016 Olympics in Rio de Janeiro. Photo from Francelina Cabral

Timor Leste didn't win a medal in the 2016 Olympics in Rio de Janeiro but its athletes still managed to share an inspiring message with their supporters and fellow Timorese.

After gaining independence from Indonesia in 2002, Timor Leste, a country of less than 1.5 million people, first joined the Olympics in 2004.

Nelia Martins, an 18-year old athlete, was the youngest delegate of Timor-Leste in Rio de Janeiro.

In 2014 she competed and placed fourth in the women's athletics 5000m Lusophony Games in India. In 2015 Nelia competed in the 2015 Southeast Asian Games in Singapore. This year in Rio de Janeiro, she placed 13th in the Round I Heat III course of Women's Athletics 1500m.

Nelia shared her feelings with Global Voices after the end of the games:

I feel happy to be here in Brazil for the first time to compete at the Olympics in Rio de Janeiro (…) as an athlete I'm also honored to represent my flag RDTL “Republic Democratic of Timor-Leste”, represent the Timorese people and my federation. I really feel happy because even though I'm only 18-years-old, I can represent the country's flag in the Olympics. This is all i have to say. Thank You Timor! 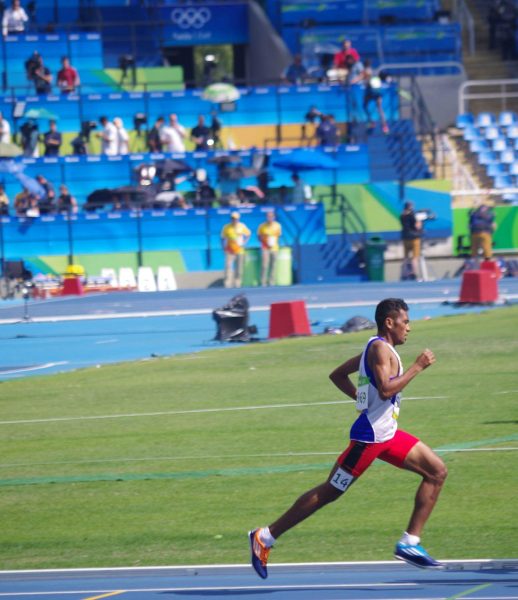 Augusto Soares at the 2016 Olympics in Rio de Janeiro. Photo from the Facebook page of Francelina Cabral

Augusto Soares was the most senior athlete from Timor's Olympic delegation.

In 2007 he competed in the 3000m Asian Indoor Games in Macau. In 2009 he joined the marathon competition in the Southeast Asian Games in Vientiane, Laos. In 2010 he was part of the Dili Half Marathon East Timor. And in 2011 he competed in the 5000m Asian Championships in Kobe, Japan. Competing this year in Rio de Janeiro in the Men's Athletics 1500m, Round I Heat II course, Augusto finished in the 12th position.

Augusto also spoke to Global Voices after the games:

First of all I would like to thank God for all the goodness from Him… Also family, and my first coach that guided me in this direction, Mrs. Aguida Amaral and to all the coaches and colleagues. We are proud to represent this nation and our flag RDTL in this Olympics games in Rio de Janeiro. Even though we didn't win anything we gained experience by competing against other athletes outside our country. With this experience we've learned, we will pass it to the youth. We will tell them to focus, to let go of personal problems and focus only on sports to develop ourselves and to contribute to our nation. It is similar to the path shown to us by our heroes in their fight [for independence]. That is all. Finally I won't forget…Long Live Timor-Leste… 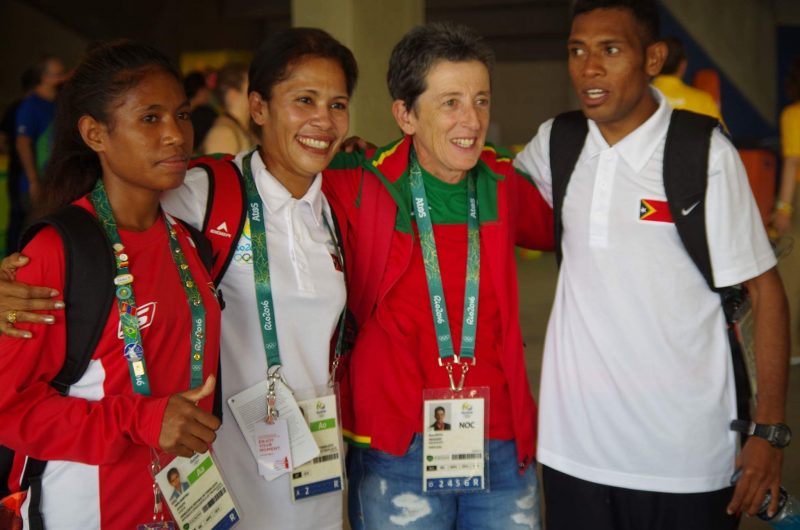 Francelina Cabral, is the first Timorese woman to compete in the cross country mountain bike Olympic sports event. She is a professional woman cyclist who has competed in several circuits in East Timor since 2009.

In an interview with Global Voices, Cabral described the cross country mountain bike competition in the Olympics as more “extreme” than ordinary cycling:

The athletes that competed in the game are professional, this is what they do, they practice, they eat, rest and practice again (…) I've also learned that after all, cross country mountain biking is far more extreme.

Cabral ended the conversation by saying that she feels honoured to represent her country for the first time in the Olympics. Even though she wasn't able to bring home a medal, she offered Timor-Leste a symbolic medal of honor.

Timor-Leste is also be competing in the Paralympics Games. It will be represented by both male and female athletes in the 400m athletic competition. 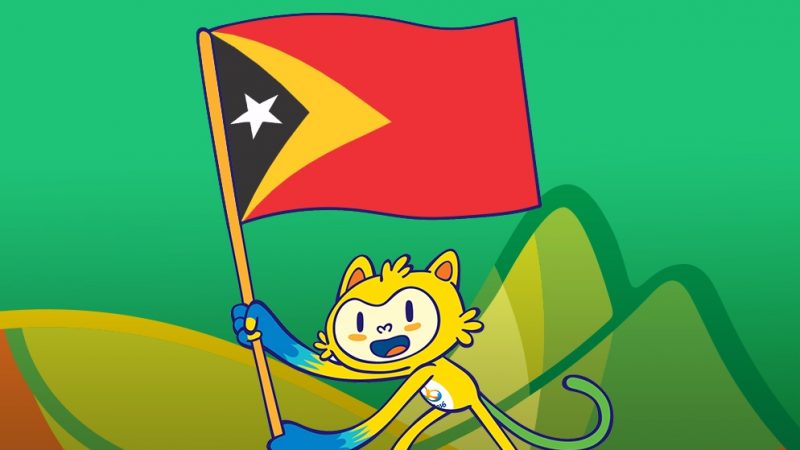