One Syrian Photographer's Last Letter to the World 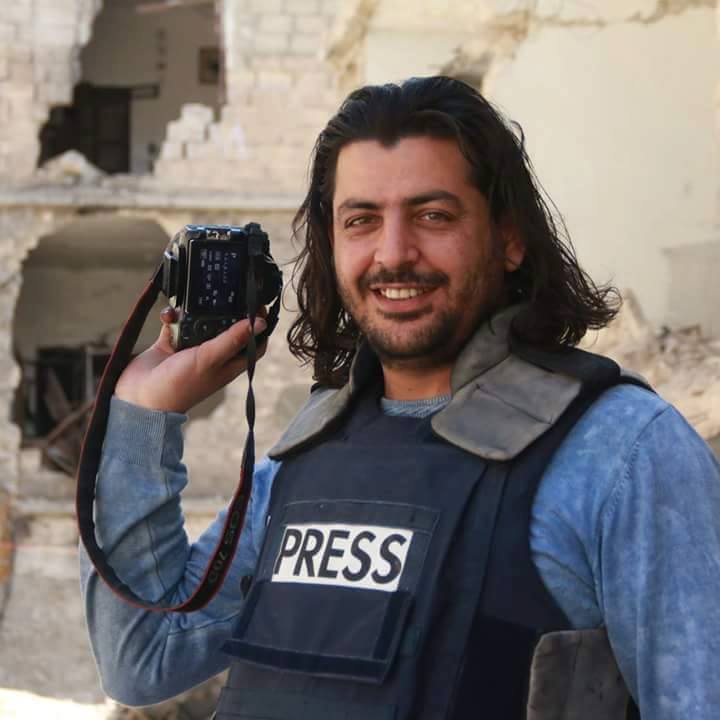 “It is not possible to risk my two children’s lives at this deadly point, they are all I have in this world,” Shamel Al Ahmad was quoted by the ‘Humans of Aleppo‘ page as saying.

Shamel was a well-known Syrian photographer, journalist and activist who decided to stay in Aleppo and use his talent in the fight against both the Assad regime and ISIS.

The following is Shamel's last letter to the world. It was shared on the Humans of Aleppo page as well as numerous social media accounts. Shamel passed away on September 2, 2016 along with his wife. He was killed by an airstrike, one of the many airstrikes launched by the Assad regime and the Russian government on Aleppo.

The couple left a two week-old baby, Tala, a girl, as well as her two siblings, two and five years of age.  It is unclear whether Shamel was aware of Tala's birth before he passed away.

My name is Shamel Al-Ahmad. I am 35-years-old married and have two children.
My life changed when I saw a video of the Syrian regime’s security forces while they were humiliating my people and treading on their heads in Bayda, Banias.
In July 2012, the freedom fighters entered my city, Aleppo. I became obsessed by the idea of being arrested and detained by regime forces. We were out of the regime control, and I didn’t have to hide my identity anymore.
The risk of being detained is over, but my city turned into an open space for the regime to target all its opponents. Artillery, fighter jets, barrel bombs and even scud missiles. We experienced all those lethal weapons that I documented with my lens. I thought these pictures would tell the story and push the international community to act or at least help the civilians, but lately I’ve realized that was hopeless. 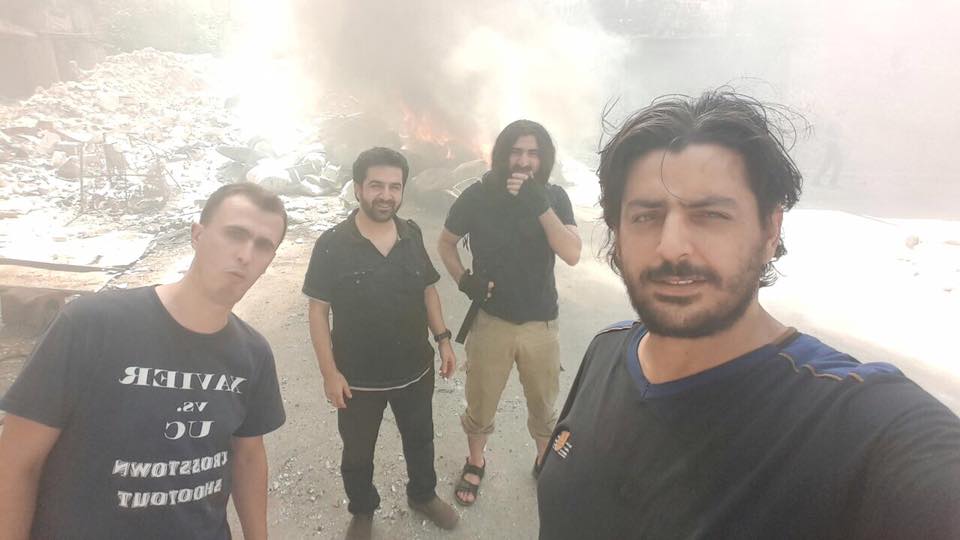 ISIS took over parts of my country. I immediately knew that our battle for freedom would be endless and that Assad is not our only problem.
I joined the “life makers” team, working on social development and acclimating them with the new reality, the war-time reality.
I sometimes get depressed and disappointed, and sometimes lose hope. I spend time with my friends and brothers in revolution, who are my hope and source of strength, to overcome my depression.
Months ago, somebody offered me to join on a boat trip to Europe. We talked about it many times and I was about to accept it, but eventually I said no…
Syria is my country and my cause. However, it is not possible to risk my two children’s lives at this deadly point, they are all I have in this world.
My friend made it to Germany in late 2015. He seemed happy. We Skype every week and he keeps encouraging me to follow his steps. I just keep refusing. 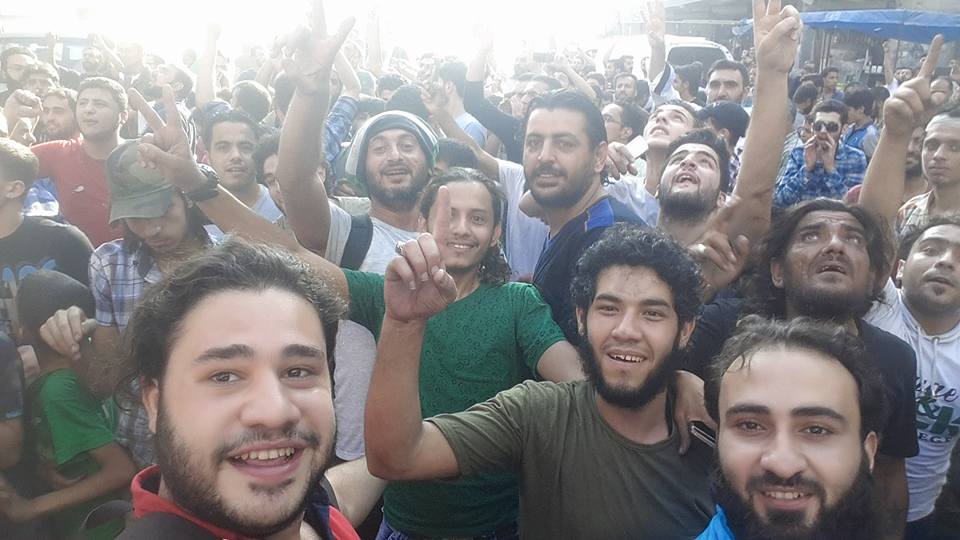 One of the last photos of Shamel showing him celebrating the breaking of the siege of Aleppo with friends. Dated August 6, 2016. Source: Facebook.

Despite all the reasons, which increase every day and push me to leave, I am the kind of person who can’t survive away from their streets. Aleppo is part of me, I can’t leave it alone. I feel sorry that Aleppo is facing all this horror, but I can still breathe its freedom.
I was saddened by friends who I lost and who I’m still losing, especially those who are close and brothers in revolution. Many of them lost hope and are not able to carry on. I don’t blame them, but I just feel sorry for not having them around me.
I am not against those who decide to leave and seek asylum, because many were forced to do that. I am just against the idea of being there to enjoy life without work or purpose, or without an aim to serve their homeland. I don’t want them to be a burden on the host communities.
Finally, it’s not easy to stay in Syria anymore, since nobody knows how their complicated story is going to end, but there is still hope to continue the fight. 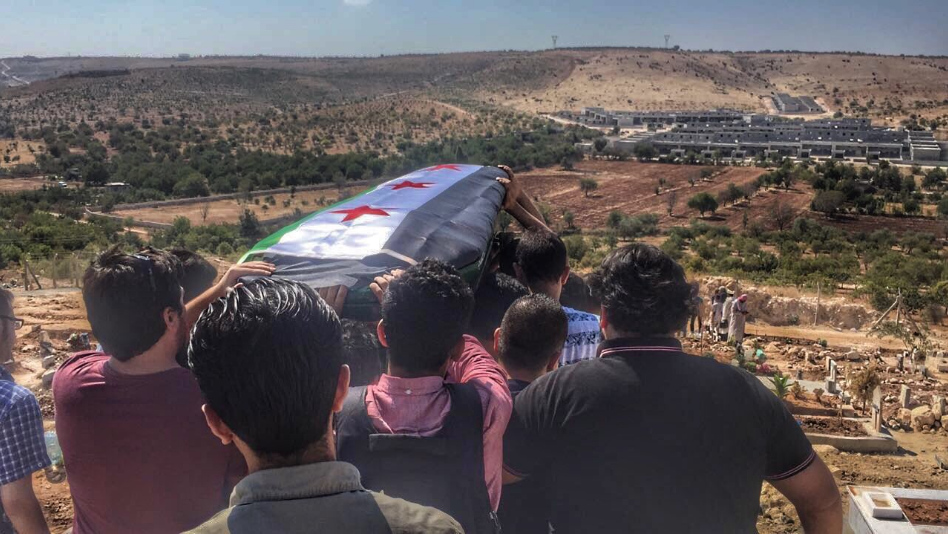 Hundreds of people attended the march in commemoration of Shamel's life in Aleppo that day.

This is Tala, Shamel's daughter. 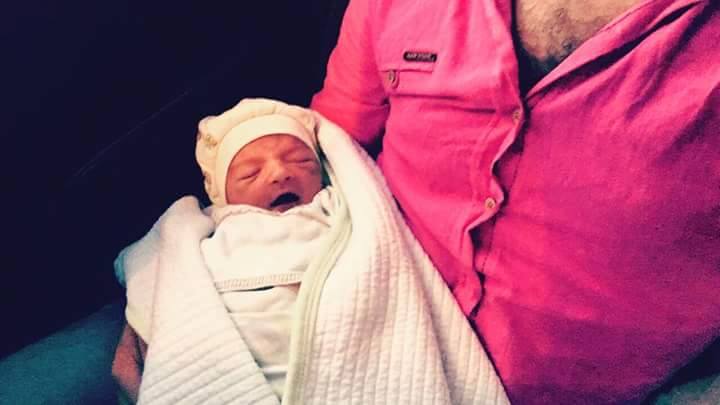 Syrian journalist Mousa Al Omar also shared a photo of Shamel's two other children to his more than 350,000 followers.

The martyred journalist and hero Shamel Al Ahmad whose wife passed away four days before him and to all those martyred by Russian terrorism, leaving their children orphans.

Many remembered Shamel online in their own way. The following photo was widely shared and shows Shamel in front of the flag of the revolution. 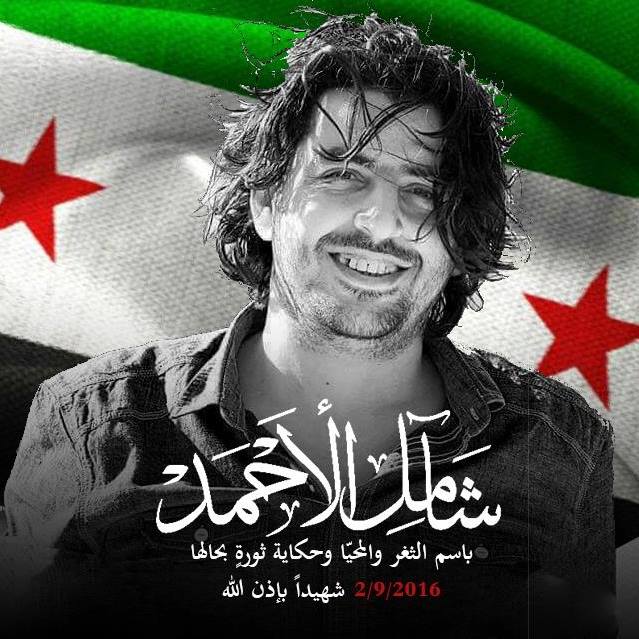 Shamel Al-Ahmad: The story of a big heart, great person… and an entire revolution.

Italian blogger ‘NewsBandite’ wrote a moving tribute to Shamel in an article entitled ‘Shamel Al-Ahmed, a hero in Aleppo‘ on September 4, 2016.

It happened a little more than two weeks ago. We are in one of the areas of Aleppo tormented by the terroristic Assad-Putin alliance. Shamel is at home with his wife. A bomb, one of the many dropped without care, sets the house on fire. Injured, the two are taken to one of the hospitals that the regime hasn't destroyed yet. She enters in a coma. A few days later, she gave birth to the child she was carrying and then she died. Exhausted, and unaware of his lover's death, Shamel passed away last Friday. The couple left three orphaned children in a world in ruins, under the ruins. The memory is of that tall and strong young man's smile, that has given hope and faith so many times to friends and the people that survive there…