Kyrgyzstan's ‘Jailoos’ Are More Than Mere Mountain Meadows. They Are a Way of Life. 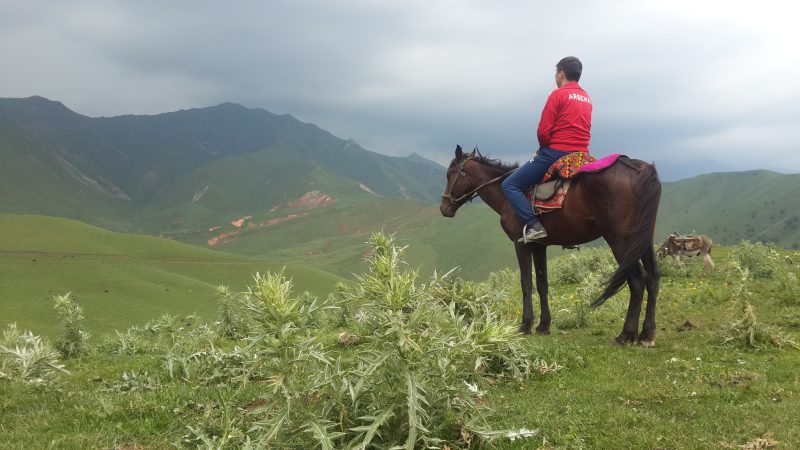 Kyrgyzstan marked this week the end of its much-heralded World Nomad Games by topping the medal table in its very own equivalent of the Olympics and hosting Hollywood hard man Steven Seagal splendidly attired in nomadic warrior garb.

But flashy international sporting tournaments aren't the only way that people in the Central Asian country of six million people recall their heritage.

Although very few Kyrgyz in Kyrgyzstan lead a nomadic lifestyle year-round, nomadism is alive and well in the summer where the country's summer pastures play host to felt dwellings, magnificent horses and thousands of families that abandon their homes in the valleys below for the majesty of the countryside. 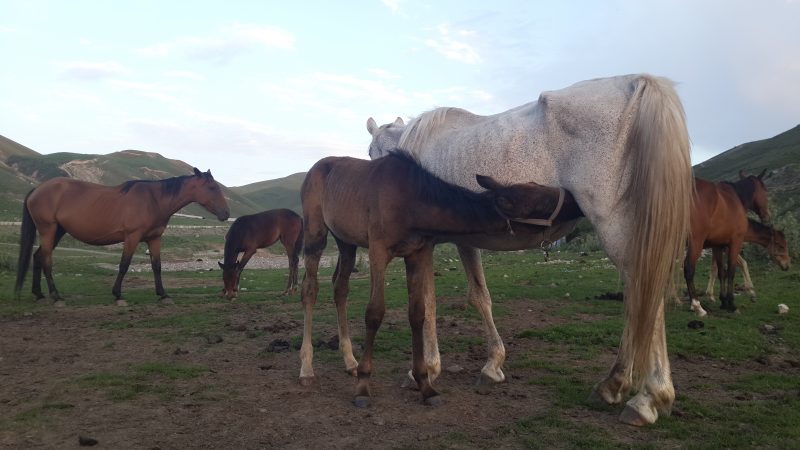 The jailoo is an integral part of the Kyrgyz experience, and to spend time on these elevated plateaus is to breathe the culture and history of the non-sedentary Turkic peoples.

The sharp mountain air, the perfect clarity of the spring water that flows in the glacial streams and the snow-capped mountains in the near distance mean home for many of the country's citizens.

In total, some 3.9 million hectares of territory in the Kyrgyz Republic is occupied by officially recognised summer pastures. 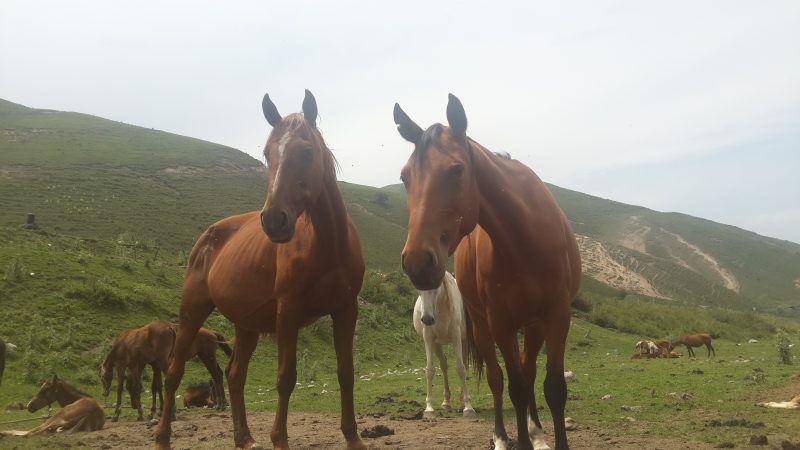 And…more horses. All photos by Elita Bakirova or Erlan Bakirov.

Once on the jailoo, traffic jams, high-speed internet and other trappings of the country's urban life disperse into an ocean of green grass, punctuated by the occasional mountain lake and circles of smoking yurts.

The city routine is gone, and while the gradual growth of alternative energy in Kyrgyzstan means most tourist yurts feature a lightbulb, that may be all they feature. So long to the so-called digital age! 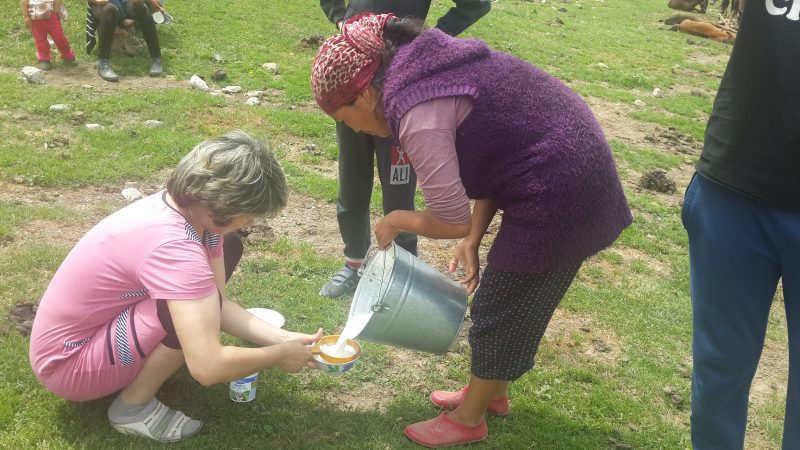 The bucket of life-affirming kymyz comes out. All photos by Elita Bakirova or Erlan Bakirov.

While jailoo life is unhurried it is also full of strenuous tasks. At sunrise women milk cows, while men might tend to packs of horses grazing further up the mountains.

From the milk, women produce various dairy products including kurut (salty milk product made from cow's milk), kaymak (clotted cream), and boorsok (traditional doughnuts). The latter go wonderfully well with a dollop of kaymak when hot.

Assuming a special cultural significance, however, is kymyz, an explosively tangy fermented dairy drink reputed for its health benefits and ever-so-low alcohol content. 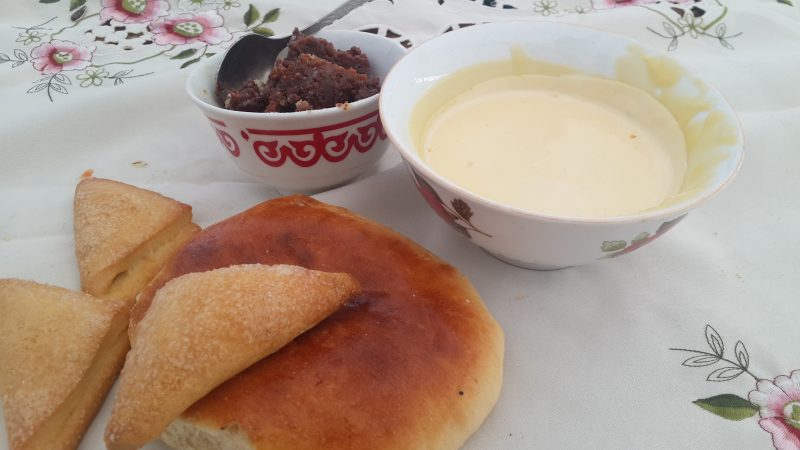 Kaymak, or clotted cream, is good with almost anything. All photos by Elita Bakirova or Erlan Bakirov.

Specifically kymyz is said to fortify the immune system and ward off any number of fatal diseases, which explains the existence of kymyz “treatment centres” in different parts of the country. Peak consumption of the drink coincides with peak jailoo season, from around May until late July.

Jailoo folk are invariably kymyz masters, and different jailoos even compete to make a better brew. The country's highly diverse flora — differing from meadow to meadow — is just one factor said to impact the taste of the drink. 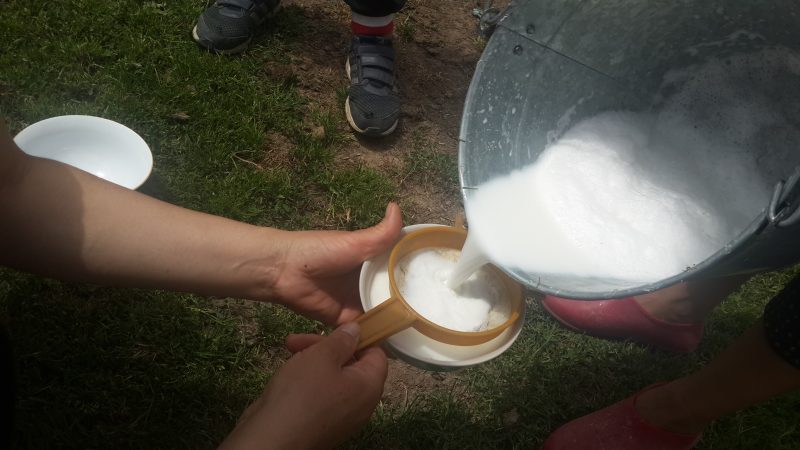 Jailoo men, in their spare time, entertain themselves by playing the Kyrgyz national game ulak tartysh, or Kok-Boru to avoid everyday problems such as unemployment, which is widespread.

Ulak is considered quite a dangerous game, wherein anything from 24 to over a hundred men on horseback compete for possession of a goat carcass that can weigh up to 45 kilograms. This game, known as Buzkashi in Afghanistan, is one of the more brutal sides to life on the pastures. 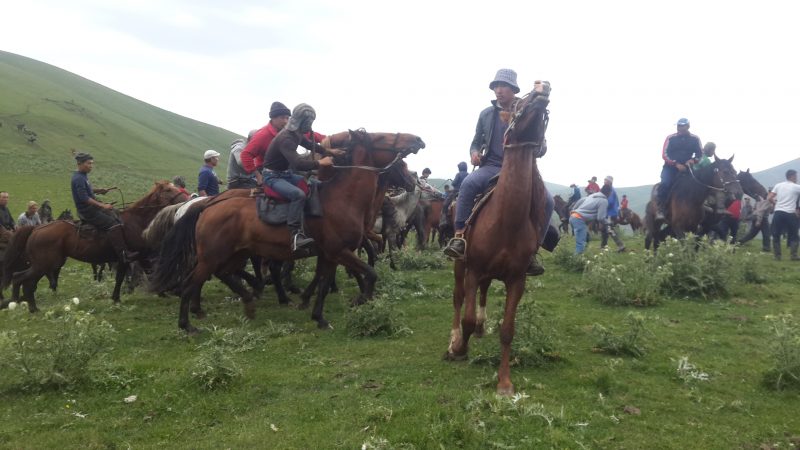 Partly on the back of jailoo stays promoted by the massively popular Community Based Tourism initiative, Kyrgyzstan has one of the world's fastest-growing tourism sectors. For tourists from the West or the surrounding former Soviet region, taking on for a few days at a time the life of a simple shepherd untroubled by Whatsapp is both exotic and enriching.

And then, after the sun sets on the happy jailoo and night appears like a vast, black velvet blanket studded with a billion bright stars, so too does the idea that the Kyrgyz people don't just own their land beneath their feet, they own the sky above it, too. 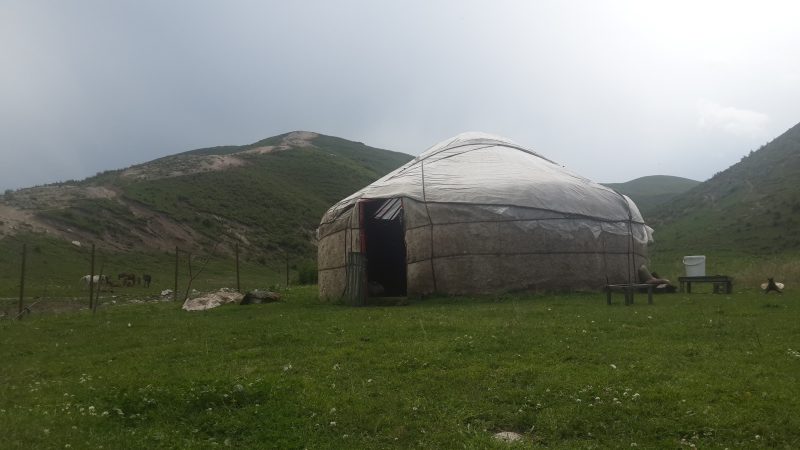 The yurt. A home for the summer. All photos by Elita Bakirova or Erlan Bakirov. 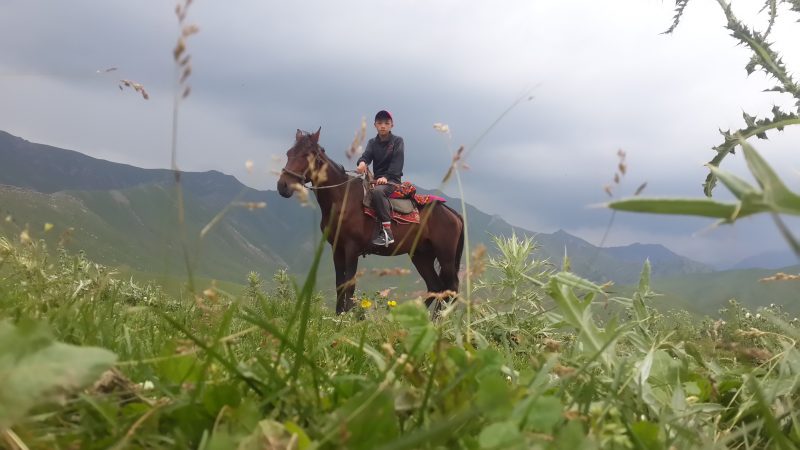 Kyrgyzstan: a pretty place. All photos by Elita Bakirova or Erlan Bakirov.