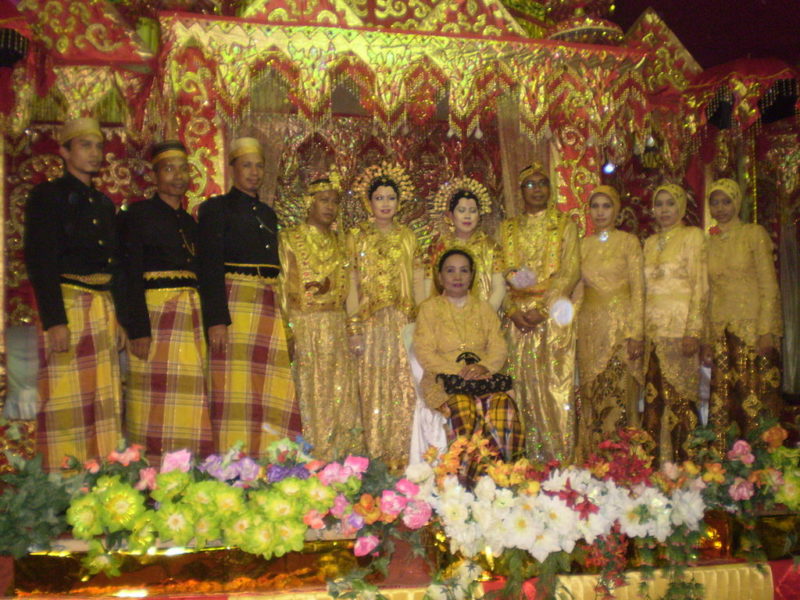 An Indonesian film has reignited public discussion about a unique marriage custom among the Bugis Tribe in Sulawesi Island where the groom gives Uang Panai’ or dowry to the family of the bride before marriage.

The amount of Uang Panai’ depends on many factors like the education level and social status of the bride. Writing about the Uang Panai’, scholar Sharyn Graham Davies notes that “there is a complex set of rules regulating the payment of bride price.”

Without the Uang Panai’, the wedding cannot take place. Because of this tradition, the Bugis woman is sometimes called ‘the most luxurious woman in Indonesia’.

Blogger Nani Rachman explains how the Uang Panai’ reflects the commitment of the groom to his future wife:

If the amount requested (Uang Panai’) is fulfilled by the groom, it would give prestige (honor) to the woman's family. Honor is meant here in the sense of an award given by the groom to the woman he wanted to marry by providing a magnificent marriage feast through the Uang Panai’.

Another blogger, Indra Mae, emphasized that Uang Panai’ is not strictly similar to the Western concept of dowry:

This is the amount of money given by the groom to the bride which is a form of appreciation and respect for the norms of reality and social strata. Uang Panai’ is not counted as a marriage dowry but as customary money, an amount agreed to by both parties or families.

In the Uang Panai’ movie, the father of the groom lamented that the giving of dowry has become a social problem.

It is not uncommon to hear sad news reports related to the Uang Panai’ custom. There was a news story about a soldier who was beaten by his bride's family in Gowa regency because he failed to deliver the full amount of Uang Panai’. Another story involves a young girl from Bulukumba who narrated how her boyfriend failed to marry her because their families could not agree on the matter of Uang Panai’ Recently, a widower in Pinrang made news after it was reported that he gave 599 million rupiahs (about 45,000 US dollars) to his bride.

The Uang Panai’ movie generated mixed reactions about the marriage custom. Some believe it inspires the groom to prove his love to his bride while others reject it as an unfair imposition. But there were also viewers who insist that Uang Panai’ is more than a dowry or money required to marry a Bugis woman. They assert that it shows commitment and devotion on the part of the groom.

This is the first time that a mainstream film in Indonesia has focussed on the Uang Panai’ marriage custom.

The giving of Uang Panai’ is still widely practiced today among the indigenous Bugis-Makassar tribe.