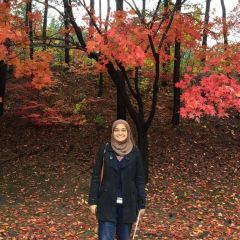 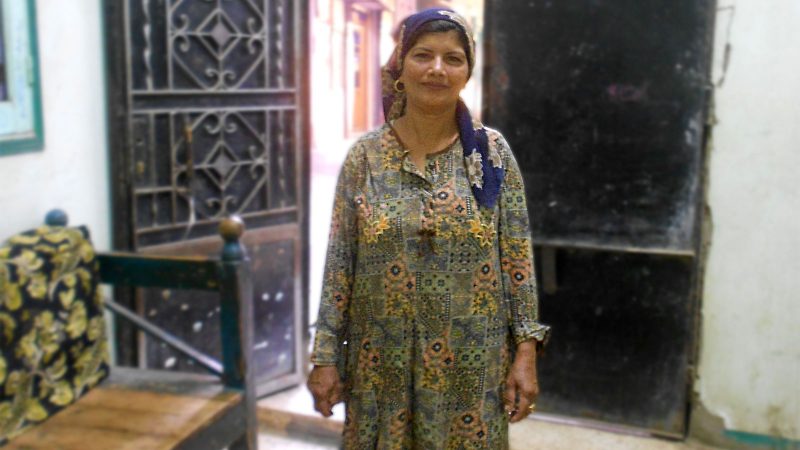 Nadia Gamal at her home in the Upper Egyptian governorate of Minya. Photo taken by Menna Farouk.

Nadia Gamal, 32, fought an uphill battle to protect her ten-year-old child, when her parents tried to push her to circumcise her daughter. Having been circumcised herself at the age of seven, Gamal understood all too well the uselessness and harm of female genital mutilation (FGM).

I hated that moment when I got circumcised. It was useless and it caused me a lot of physical and psychological pain. That is why I said no when my parents asked me to circumcise my daughter. I told them that I would never let her experience the same pain that you have put me through. This has to be changed.

Egypt outlawed FGM in 2008. Eight years later, women’s rights activists and non-governmental organizations say mothers’ attitudes about the procedure have transformed, and the number of circumcised girls is down.

As they've become more aware of the hazards and futility of the surgery, young mothers in Egypt have played a central role in fighting FGM.

According to Egypt's Demographic and Health Survey (DHS), 61 percent of girls between the ages of 15 and 17 underwent FMG in 2014, compared to 74.4 percent in 2008. The same DHS data showed a significant change in mothers’ attitudes: while 92 percent of all mothers in Egypt are circumcised, only 35 percent of women in Egypt say they intend to circumcise their daughters.

FGM has been hard to eradicate for decades due to a combination of family pressure, cultural traditions, and religious motivations. The practice, which usually involves the removal of the clitoris and other parts of female genitalia, is considered by many people in Egypt to be a necessary measure for “taming” a woman's sexual desires and maintaining her honor. Both Muslims and Christians follow the practice.

Although it carries the risk of bleeding to death and may lead to an array of physical and psychological problems, FGM continues, especially in Egypt's rural and marginalized regions.

However, activists and observers say that the malpractice is gradually declining, most notably because of a growing awareness among younger generations. 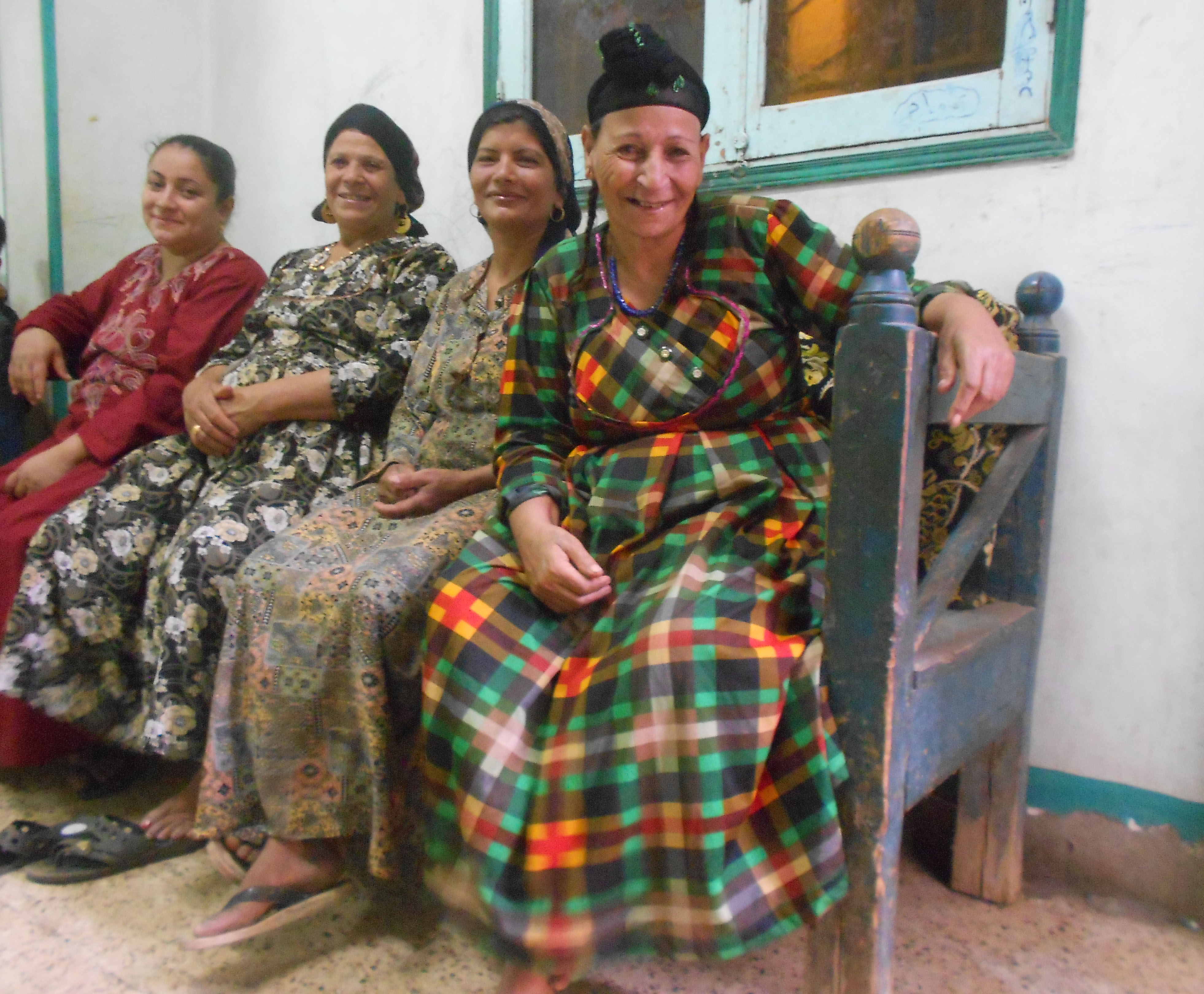 Three Egyptian mothers who have refused to circumcise their daughters and 67-year-old midwife Samiha Saeed (on the far right), who stopped performing FGM surgeries after attending some awareness campaigns by Egypt’s non-governmental organisations in the Upper Egyptian governorate of Minya. Photo taken by Menna Farouk.

“Of course, there is a remarkable progress,” Randa Fakhr El Deen, executive director of the NGO Union Against Harmful Practices On Women and Children, told Global Voices.

Fakhr El Deen said that younger generations of mothers are now taking upon themselves the responsibility of refusing the practice, although that was not the case a few years ago:

In the past, it was mothers who took their daughters to the doctors or midwifes to have them cut their genitals. Now, this is changing. More mothers are standing up against the practice and they can eradicate this

In the last decade, Fakhr El Deen’s union, along with other non-profit groups and government agencies, have been intensifying their awareness campaigns against FGM among mothers, school children, doctors, Muslim scholars, and Christian religious figures across the country. “Such workshops and awareness campaigns have been very fruitful in curbing the practice,” said Fakhr El Deen.

In a small village in the Minya governorate, 245 kilometers (150 miles) south of Cairo, a group of young mothers explain how—even in a very conservative community—they resisted and shielded their daughters from societal pressures driving the tradition. They say awareness campaigns were a powerful factor.

Laila Rashad, 35, stood up with her sister against their mother and grandmother, who insisted on circumcising her niece. Laila and her sister did not know what to do, but Laila heard that a highly-trusted Muslim scholar would visit their village as part of an awareness campaign on FGM organized by one of the country’s NGOs.

Rashad attended one of these campaigns before and heard this scholar say that FGM is religiously prohibited. “We took our mother and grandmother to attend the awareness campaign and they were convinced,” she told Global Voices. “They listened to the advice of the Muslim scholar and my niece was not circumcised,” Rashad said. Al-Azhar scholars and Christian clerics have repeatedly said that FGM is not a religious duty, but rather a centuries-old habit. 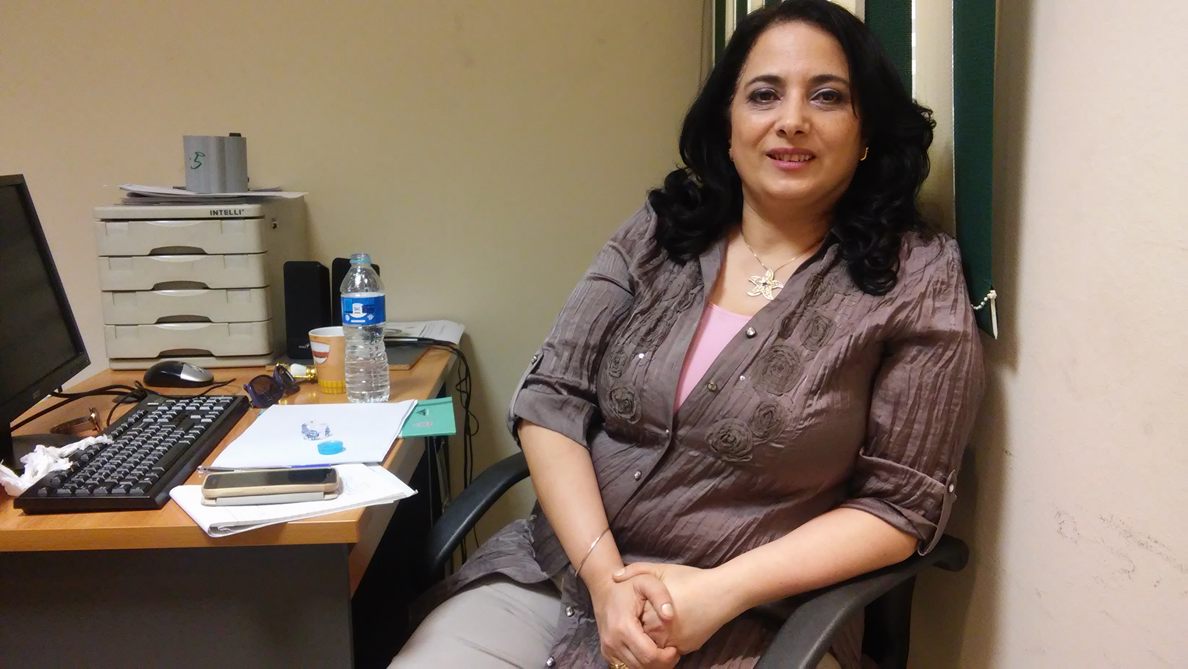 Vivian Fouad, coordinator of the National Programme Against FGM, speaking to Global Voices at her office in the National Population Council. Photo by Menna Farouk.

Vivian Fouad, coordinator of the National Program against FGM, says the practice will gradually vanish with increasing awareness and tougher penalties against perpetrators.

Ending the practice is controlled by several socio-economic factors, but it is mainly the rule of law and changing societal traditions which will bring such a procedure to an end.

Earlier this month, the parliament toughened penalties against FGM, adopting amendments that punish perpetrators with up to 15 years in prison if a girl dies, and up to seven years simply for performing the surgery. The amendments also reclassified FGM from a misdemeanor (where offenders usually receive up to two years in prison) to a felony, which incurs tougher sentences and punishments.

Fouad says NGOs and the government are now focusing on younger generations in their campaigns, because younger people can protect their daughters in the future. By 2020, it's hoped that only half the women in Egypt between the ages of 15 and 17 will be circumcised.

“It will take years, but we can't stop our fight against FGM. And younger generations are on the front lines in that fight,” she added.