Apparently, Being Pro-China in Hong Kong Is No Guarantee Against Political Threats From Beijing 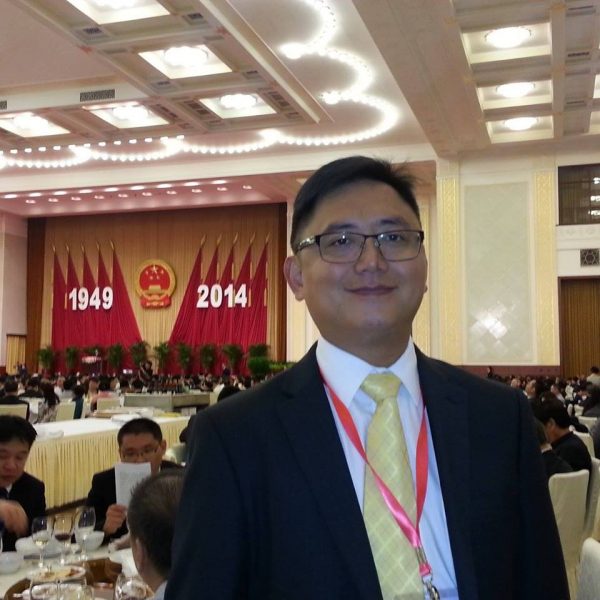 Chow was forced to quit the legislative election by Beijing secret department even though he and his party has always been pro-China. Photo from Chow's Facebook.

This is a comprehensive summary of a series of reports published in Hong Kong Free Press between August 31 and September 8, 2016. It is published on Global Voices as part of a content-sharing agreement.

A pro-China candidate's sudden departure from the race ahead of last week's legislative elections in Hong Kong is an example of the tremendous political influence Beijing wields in the city.

The Liberal Party’s candidate Ken Chow Wing Kan announced without warning he was dropping out of the election during a debate on August 25. After existing the TV stage, he burst into tears during a media interview, saying he did not want to bring harm to his family and friends but refusing to reveal further details — except that the pressure he was under came from authorities far stronger than the Chinese central government's representative in Hong Kong, known as the Liaison Office, or local organized crime networks.

Chow left Hong Kong the next day, but after the election on September 6 he reappeared and passed on details to the local Hong Kong anti-graft agency, the Independent Commission Against Corruption, and the media about the political threats that forced him into drop out.

He said a “secret department” from Beijing had pressed him to quit. He told the press after meeting the police that he was lured to Shenzhen, a city in China on the border with Hong Kong, by a friend and was introduced to three people from mainland China who asked him to halt his election campaign. The trio threatened him by reading personal details of members of his family and close friends:

I don’t know how they knew, including people very close to my family circle, important friends who support me, their backgrounds, income sources, habits – they read them out one by one, I started to feel afraid.

You realise this information is beyond the reach of all private investigators. Then they said if you don’t follow our orders, they will take action immediately, that those who support me will pay a heavy price.

He was then instructed to stop attending all election debates, suspend all election campaigns and leave Hong Kong until the final vote count was completed.

Prior to the above mentioned threat, various authorities had urged him on several occasions not to run. Two of the meetings had taken place in the Liaison Office, in which two people from mainland China told him that he did not have their blessing — even though politically he is pro-China — and suggested that he quit the race in exchange for a position in the Hong Kong government.

On another occasion, a friend of his who has ties to Beijing and local rural leaders offered him 5 million, Hong Kong dollars (about 650,000 US dollars), an amount double his election expenses, in exchange for ending his campaign.

Chow believes he was made to leave in order to pave the way for another pro-Beijing candidate, Junius Ho Kwan Yiu, who is a supporter of Hong Kong's current top leader, Chief Executive Leung Chun Ying.

On the other hand, though Chow is also pro-Beijing, he is critical of Leung, and slammed Leung for destroying harmony in the New Territories, the largest region in Hong Kong:

Since he took office, the harmony between rural and urban areas in the New Territories in the past has gone; The values of fairness and justice, the principles that Hong Kong people treasure, have been replaced by special privileges; The business sector was about ability in the past – but now it is about relationships.

During election debates, Chow also accused Ho of lying to the indigenous communities regarding his indigenous person status as Ho's village only settled in Hong Kong after 1898.

Indigenous inhabitants of the New Territories is a legal term invented by the colonial British government in the 1970s. It refers to the people descended through the male line from a person who had already settled in Hong Kong since 1898. This group of people enjoy a special right to build a small house in the New Territories if they can find suitable land. As a special interest group, the indigenous communities will only vote for those with indigenous status.

Chow had refused all the bribes he was offered, but gave in after his friends and family were targeted for threats. Ho finally won the final seat in the Western New Territories constituency with about 35,657 votes, less than 6% of the total votes in the electoral district.

Chow believes local authorities won't be able to thoroughly investigate the threat as it came from outside Hong Kong, similar to the case of the missing booksellers.