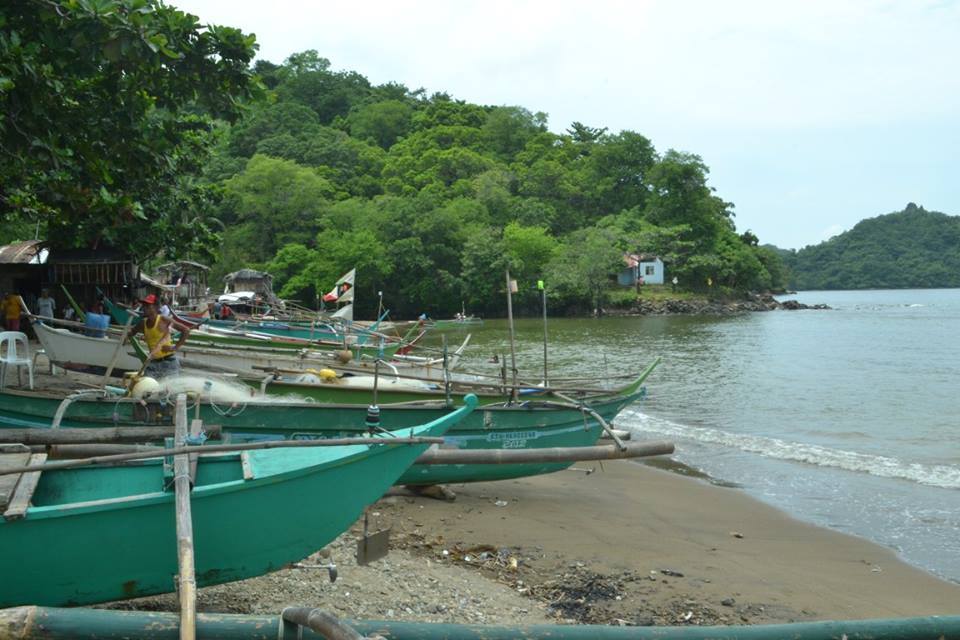 A fishing village in Patungan Cove. Photo from Pamalakaya

At least 353 families in the fishing and farming community in the scenic Patungan Cove in Maragondon, Cavite, just two hours south from the Philippines’ capital Manila, are facing demolition to pave way for an eco-tourism and real estate development project.

Local residents have banded together to defend the community in the face of the heavy military and police presence that has been dispatched to implement their eviction. Uniting through the Save Patungan Now Movement, residents have put up barricades to block the demolition. 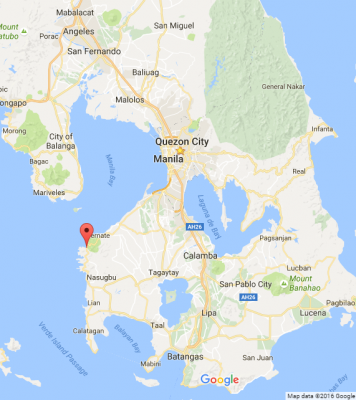 Patungan is located south of Manila, the capital of the Philippines.

A combined demolition crew of 1,000 police and military men began the demolition on August 22 and 23, which led to the destruction of at least 17 homes. A demolition order effective since July 12 has been signed by the courts to enforce the claim of the Maria Theresa Virata Properties and Holdings Corporation over the Patungan Cove.

Residents can’t go in and out of their community by land because the stationed security guards will block and harass them; they use boats for transportation either which is relatively expensive than taking a walk. We are investigating for a possible martial-law style of hamletting in Brgy. [village] Patungan.

Residents told delegates of the mission that tear gas and blank bullets were used by the demolition crew in their failed attempt to disperse the resisting crowds and dismantle the barricades. Policemen and private goons continue to besiege Patungan up to now. 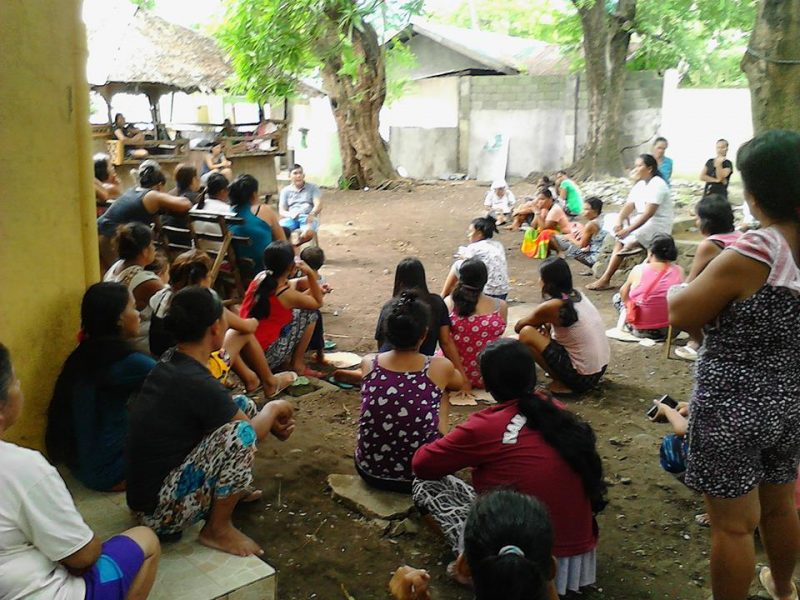 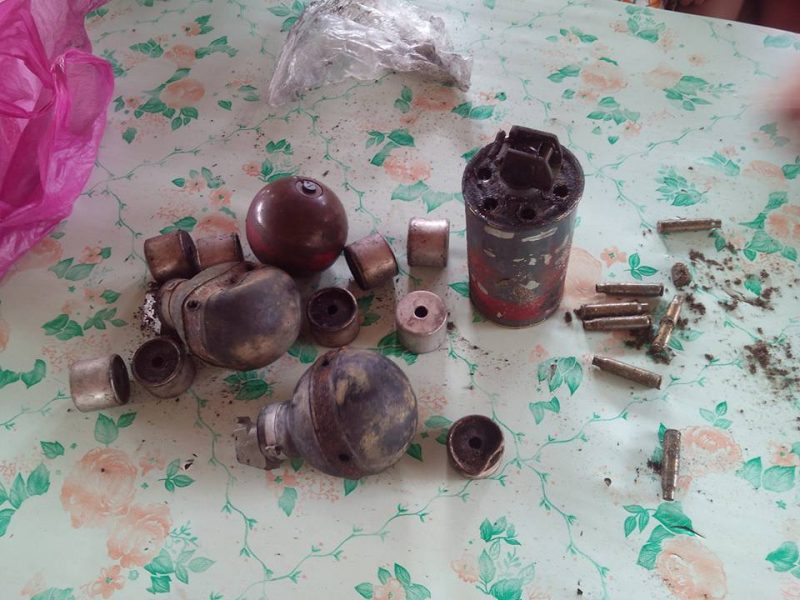 The move to take over Patungan, which has been the site of the fishing community for over a century, is alleged to be masterminded by the Manila Southcoast Development Corporation (MSDC), which is owned by the Philippines’ richest man, Henry Sy.

Susan Agner of the Save Patungan Now Movement recounted:

Our forefathers have long been here, 150 years ago. They were the ones who cleared the area to be suitable for residential purposes. Now a giant ‘developer’ and Henry Sy suddenly came and want us to leave the land where we grew up to pave way for their money-making ventures. 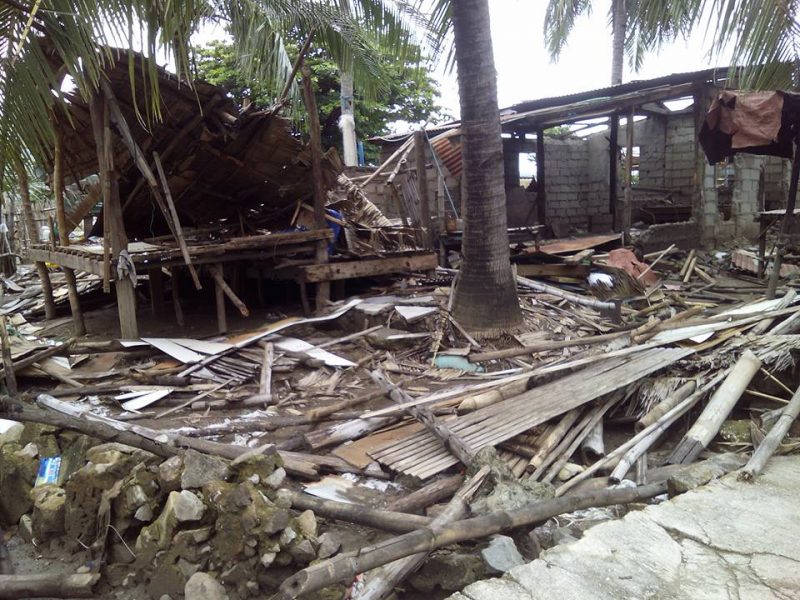 One of the demolished houses. Photo credits: Pamalakaya-Pilipinas. 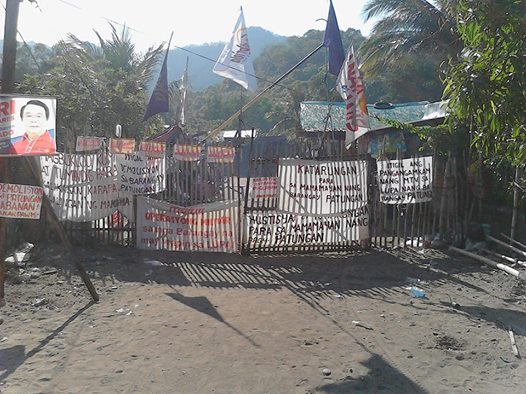 Residents put up barricades to guard against threats of demolition. Photo credits: Pamalakaya-Pilipinas. 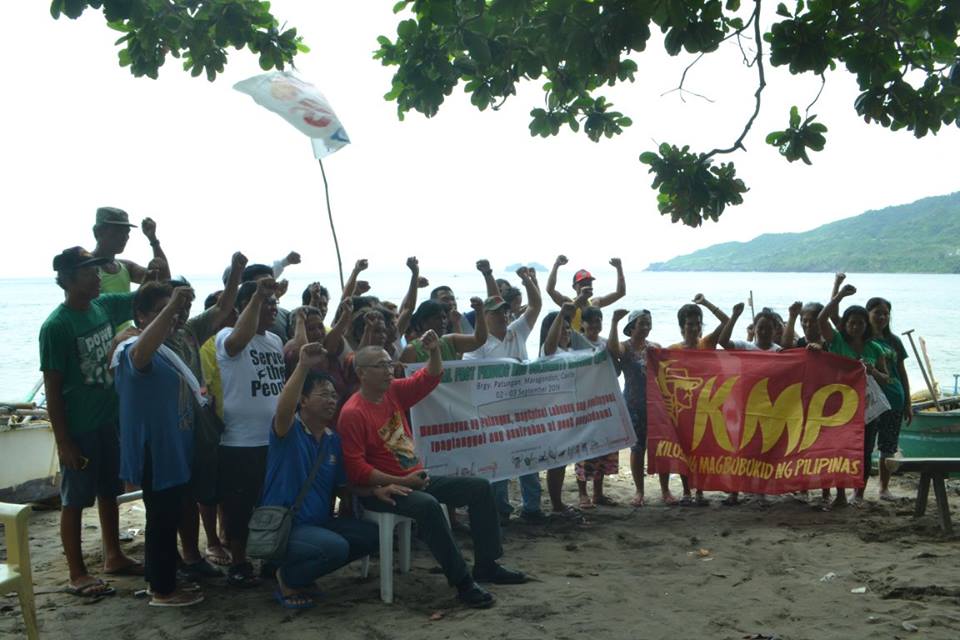 Residents and activists unite in resisting the demolition and land grabbing activities of big corporations. Photo from Pamalakaya Pilipinas 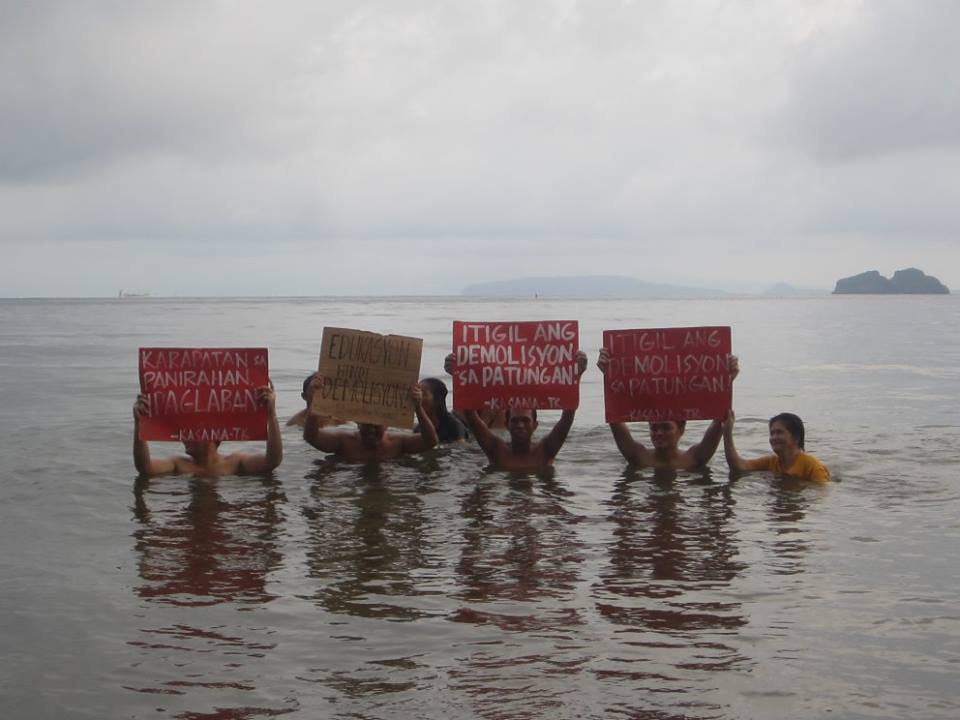 Activists swim and protest while holding placards calling the government to stop the demolition of fishing villages in Patungan Cove. Photo from Pamalakaya Pilipinas.

The MSDC owns the Pico de Loro Beach Resort in the adjoining Hamilo Coast. According to some residents, the company's expansion plan involves the conversion of Patungan’s 602-hectare fishing and agricultural community into an exclusive resort and tourism hub. The area around Patungan is also the location of various resorts, including those owned by foreign companies. The MSDC has denied involvement in the demolition of the community.

For the residents of Patungan, the land-grabbing incident in their community is a test whether the Philippines’ new government will uphold its vow to stop all demolition orders that do not provide relocation to the poor.