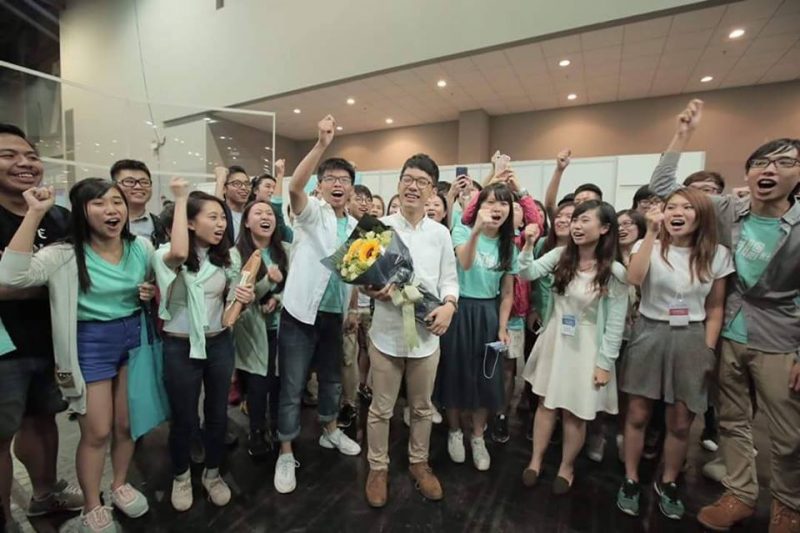 Hong Kong's political opposition won a majority 19 out of 35 seats in the city's legislative election on Sunday, September 4 — a significant victory that allows them to hold onto their veto power against the pro-China establishment.

Marginalised by Hong Kong's undemocratic political system, in which half of the 70 Legislative Council seats are elected by “functional constituencies” — business, professional, religious or specific social groups — the ability to veto proposed laws in the legislature is the last resort for the opposition to exercise their political influence.

This power has become especially important in recent years as Beijing has tried to tighten its grip on the city. Hong Kong is a special administrative region of China, and that status is supposed to mean a high degree of autonomy.

In 2014, thousands of people camped out in downtown Hong Kong for three months to demand genuine democratic elections in what became known as Occupy Central. In the wake of that movement, tensions between the political opposition and the government escalated, with some radical democrats filibustering the government-submitted legislation such as the budget with a large number of questions and amendments. Their non-cooperation strategy posed a serious challenge to the administration of Chief Executive Leung Chun Ying, and he urged the public to “vote them out” come the election.

The pro-China camp made many efforts to swing the election their way in the lead-up to the vote. The China Liaison Office, which represents the mainland in Hong Kong, stepped in to coordinate pro-China campaigns and was suspected of instructing employees of Chinese state businesses in Hong Kong on who to vote for. In an unprecedented move, the Hong Kong government barred six candidates from running over their views. And mainstream media outlets launched smear campaigns against pro-democracy candidates.

Despite the push, voters gave the opposition three more seats as compared to the last election in 2012, with a record-breaking 58 per cent turnout.

Moreover, voters have preferred young radicals over moderate democrats to represent them in the Legislature. Their choice is reflected in the two most eye-catching winners, Nathan Law Kwun-chung and Eddie Chu Hoidick, both of whom advocate the city’s autonomy.

Law, 23, won in the Hong Kong Island district with more than 42,000 votes, becoming the youngest legislator in Hong Kong history. He was a student leader of the 2014 Occupy Central sit-in. (See photo at top.) 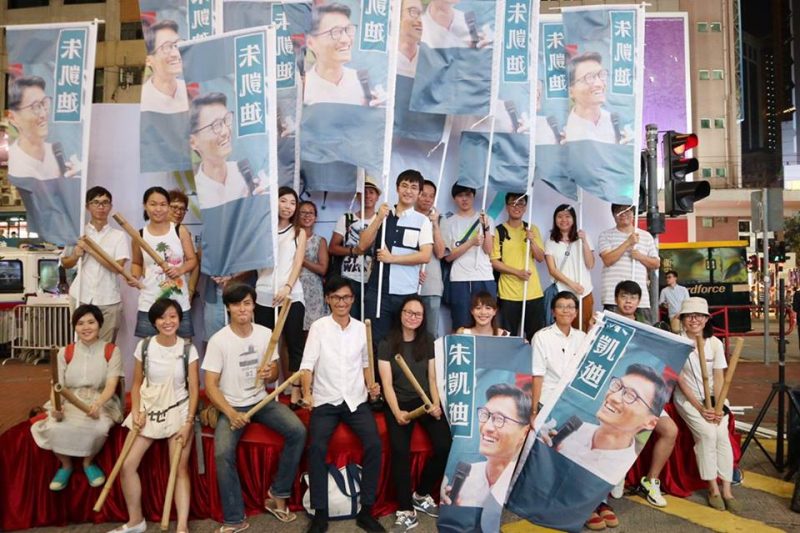 Chu, 38, gained more than 84,000 votes in the Western New Territories. He started his social activism as a citizen journalist at citizen media site inmediahk.net in 2005 and since then become an activist in city planning and land issues. (Full disclosure: I helped found inmediahk.net, and Chu is a personal friend.)

Both Law and Chu belong to the “localist” political camp. The term “localist” describes those who resist Beijing’s intervention in the city’s administration, development and way of life and demand the full realization of the principles of “one country, two systems” and “Hong Kong people ruling Hong Kong” as written in the city’s Basic Law constitution as well as in the Sino-British Joint Declaration (which handed control of former British colony Hong Kong to China).

A total of six of the 19 seats won by the political opposition went to localist candidates in the direct elections in Hong Kong's districts, who took nearly 20 per cent of the total vote share. Popular commentary says their rise is a continuation of the the 2014 Occupy Central protests. A supporter of Nathan Law posted a banner from that pro-democracy movement, which protesters had unveiled before being forced out of the protest sites, declaring, “We'll be back!” 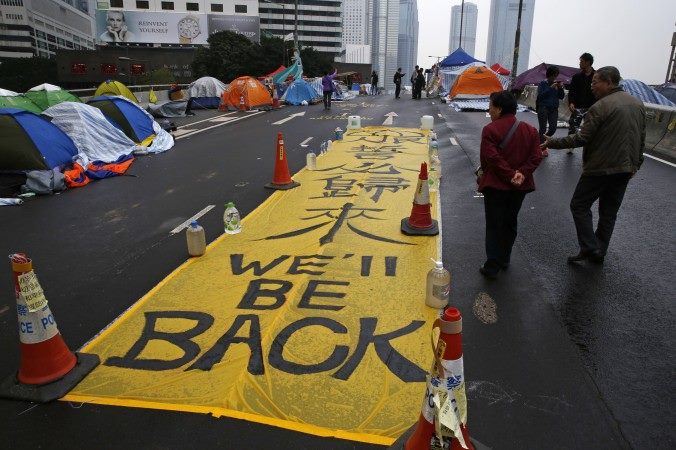 “We will be back.” Photo from Nathan Law's Facebook.

Indeed, the determination for Hong Kongers to vote is unprecedented. At one polling station, some voters who had lined up before 10:30 p.m., the official deadline for voting, had to wait for four hours to cast their ballot at 2:30 a.m. 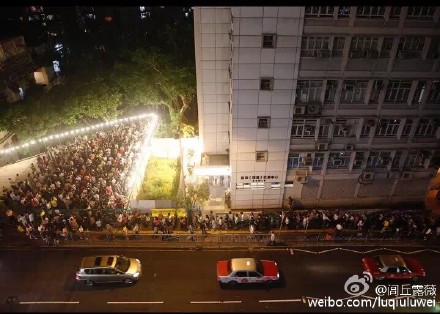 Some polling stations are crowded with voters. Photo via Hong Kong Free Press.

The total number of voters stood at about 2.2 million, and approximately 60 per cent of the votes in the direct election went to the opposition.

As critics have pointed out, the localists will be a headache for Beijing, and Chinese authorities’ immediate prescription, as anticipated, is censorship. In mainland China, social media posts have been deleted, TV screens have gone blank, and news outlets have stopped updating the election results.