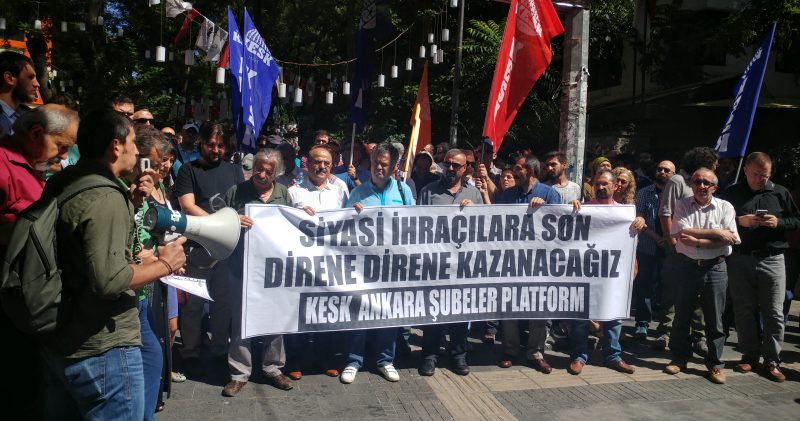 The failed July 15 coup attempt in Turkey has given way to a massive state investigation, thousands of arbitrary arrests and a slew of dismissals in the state sector, mainly from military and educational institutions.

The coup attempt was described by President Recep Tayyip Erdogan as “a gift from Allah” to help cleanse state institutions of supporters of Fethullah Gulen, the Turkish Islamic cleric and former Erdogan ally the government accuses of plotting the coup from his point of exile in the United States.

The legal basis for the government counter-reaction is a state of emergency lasting into October that gives Ankara extra-constitutional powers, with the cabinet allowed to establish legislative decrees without recourse to a parliamentary vote.

Erdogan's “cleansing” seems to have turned into a witch hunt, however, as recent developments attest.

On the night of September 1, a legislative decree was promulgated to announce the dismissal of some 50,000 workers from the civil service for “having membership of, coherence or communication with terrorist organisations.”

The list includes 2,346 academicians and more than 20,000 teachers, many of whom claim to have no connection to Gulen or his Hizmet (Duty) movement, but have ended up on the state's radar anyway for voicing criticisms of the government.

The mass discharge operation came without any prior judiciary process, visible evidence, or the right to defence.

The lists of academic staff to be dismissed were allegedly handed in by university rectors at the request of Higher Education Board.

Marxist academician Assoc. Prof. Dr. Candan Badem from Munzur University: “Good morning. I have been discharged from the civil service with today’s legislative decree. There is no evidence, but a verdict. Islamic fascism.”

The left-oriented Egitim-Sen (Education and Science Workers’ Union) that represents more than 100,000 science and education workers, declared that with the latest decree, more than 100 of its members in schools and universities have been dismissed.

It appears that the expulsions have been conducted based on political profiling, rather than concrete evidence.

Academics for peace, but not for Erdogan

Some 41 of the discharged academicians were signatories to a “peace petition” initiated by Academics for Peace in January, which criticised the government for killing Kurdish civilians during operations against PKK militants, and called on Ankara to return to the negotiating table with the PKK.

Almost 2,000 academicians, who signed the petition across the country, were slandered by government officials, including Erdogan.

Hundreds of academicians have been detained, investigated and dismissed since then.

The Academics for Peace declared in a September 3 press statement:

The Government of Turkey is taking advantage of the State of Emergency rule to crack down on all critical voices, including those who have no relation to the Gulen organization or the coup attempt.

Some had been subjects of investigations before.

My dismissal from civil service within state of emergency has nothing to do with FETO [Fethullah Gulen Terrorist Organisation, as Gulen's Hizmet movement is named by Turkey's government] or any other terrorist organisation, and this fact is well known to the academic community, the government, and anyone who knows me. I believe a denunciation mechanism is in action. Everyone is trying to take advantage of the current atmosphere to reinforce their power. 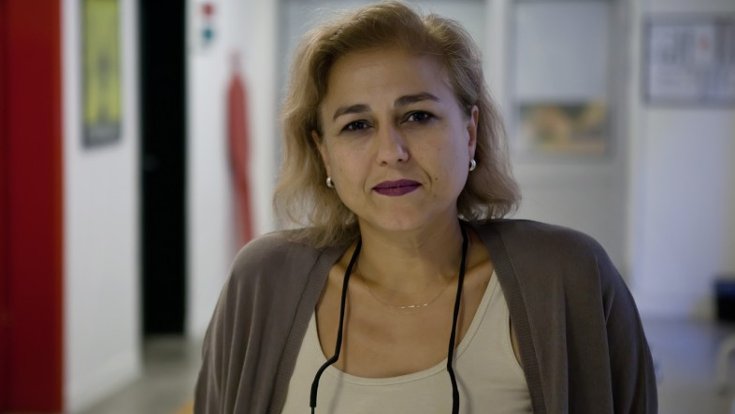 Aysun Gezen, research assistant from the Faculty of Political Science at Ankara University and another board member of Egitim-Sen, claimed the list of discharged faculty from her department is linked to a previous incident when police brutally detained faculty members two years ago, after they attempted to protect students from a raid on the campus. 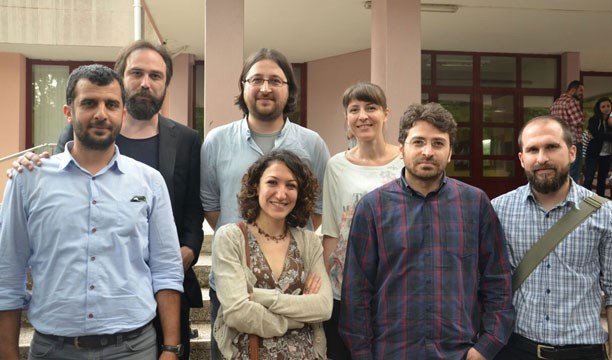 Research assistants Dr. Onur Can Tastan, Dr. Nail Dertli, Ahmet Ozan Deger, Celil Kaya and Aysun Gezen were dismissed from civil service. They were all detained at the campus in 2014 while they were protecting their students from police attack. Photo widely shared.

Taking advantage of the state of emergency, [the government] wants to oppress any opposition. They exile anyone who doesn’t support them by declaring them to be FETO members today, and something else tomorrow. It is a huge opportunity for [the government].

One recent investigation targeting research assistant Yasin Durak — another discharged academician from Nigde University — saw the rectorate recommend that a court sentence its staff member to between one and four years jail time.

Durak was accused of “insulting the president” based on an article published in the daily Birgun, where he compared Erdogan to a dragon. 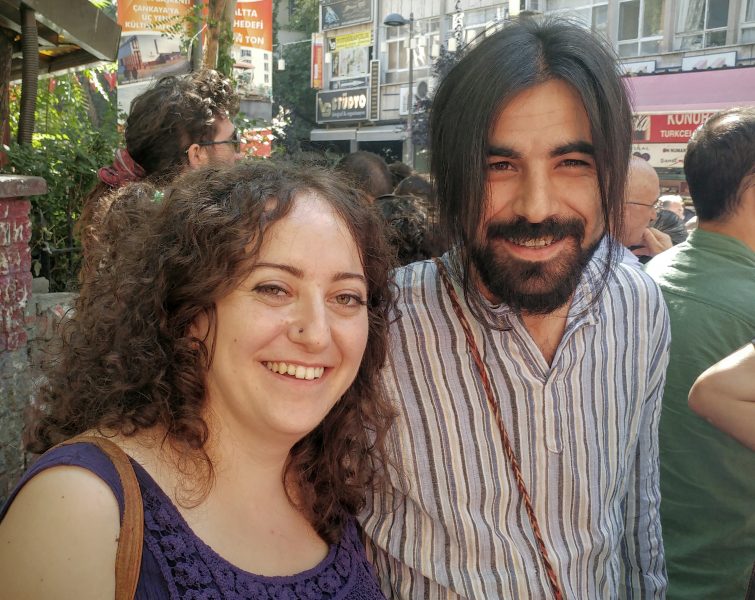 Several departments and academic institutions in Turkey have released press statements in support of the academics.

One petition has been signed by 69 professors of the political science faculty at Ankara University in solidarity with their discharged colleagues.

All members of the Department of Sociology in Ankara University meanwhile vouched that their discharged colleague Esra Dabagci, whom they knew in both professional and personal contexts, had no known ties to the network of sympathisers of Gulen.

The Turkish Medical Association, some of whose members were expelled, condemned the attacks against the peace petition signatories in a press statement.

Yet another press statement released by the Confederation of Progressive Trade Unions described some of the discharged academics as people “who have stood with scientific, secular and democratic education, spent their lives fighting for labour, nature and life, and called for peace […] Their dismissal on the [basis of allegations of involvement in] FETÖ and the coup attempt, is disgraceful.”

Two members of the party council of CHP (the main opposition Republican People's Party), and an advisor to CHP leader Kemal Kilicdaroglu, are among the dismissed academicians.

The discharged personnel will no longer be allowed to work in any Turkish university or any public institutions.

They may not litigate against their expulsion during the state of emergency, since domestic jurisdiction does not apply to legislative decrees. They can, however, apply directly to the European Court of Human Rights.

Although the AKP government moved to suspend the European Convention on Human Rights in lieu of the state of emergency, Kerem Altiparmak, an assistant professor at Ankara University, who specialises in human rights and international criminal law, says that even during such a state, the government is obligated to respect international law:

The limits to actions during state of emergency is described in Article 15 of the constitution. Based on this, legislative decrees cannot take precautions that contradicts with international law. […] According to international law, dismissal from civil service cannot be sanctioned against the principles of the state of law. One cannot be dismissed from civil service indefinitely without due process, given the right to defend themselves, and without looking into their role in anti-regime actions.