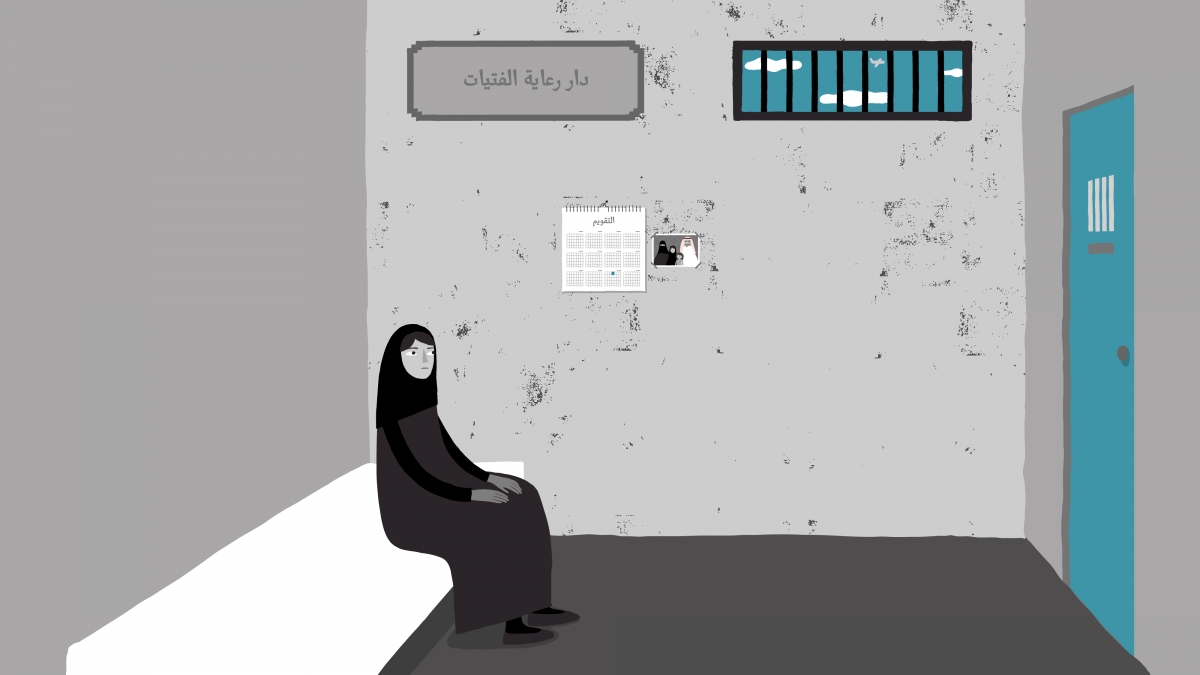 As part of the efforts to end the draconian laws against women in the Gulf state, Saudi women launched a campaign demanding an end to male guardianship for basic practices such as work, property ownership and travel.

Using the hashtag #TogetherToEndMaleGuardianship and its Arabic version #سعوديات_نطالب_باسقاط_الولاية (which translates to ‘Saudi women demand the end of guardianship’), hundreds of thousands of supporters worldwide took part in this campaign.

The campaign was sponsored by Human Rights Watch and follows the release of its lengthy report entitled “Boxed In: Women and Saudi Arabia’s Male Guardianship System”. In it, the international human rights organization explains that:

In Saudi Arabia, a woman’s life is controlled by a man from birth until death. Every Saudi woman must have a male guardian, normally a father or husband, but in some cases a brother or even a son, who has the power to make a range of critical decisions on her behalf. As dozens of Saudi women told Human Rights Watch, the male guardianship system is the most significant impediment to realizing women’s rights in the country, effectively rendering adult women legal minors who cannot make key decisions for themselves.

The report included three short videos illustrating the effects of the system on women’s lives, as well as statements from Saudi women’s rights activists and citizens who find the law to be socially and economically crippling.

The guardianship system also impacts women’s ability to seek work inside Saudi Arabia and to pursue opportunities abroad that might advance their careers. Specifically, women may not apply for a passport without male guardian approval and require permission to travel outside the country. Women also cannot study abroad on a government scholarship without guardian approval and, while not always enforced, officially require a male relative to accompany them throughout the course of their studies.

It can mess with your head and the way you look at yourself. How do you respect yourself or how [can] your family respect you, if he is your legal guardian?

Saudi Arabia’s imposition of the guardianship system is grounded in the most restrictive interpretation of an ambiguous Quranic verse—an interpretation challenged by dozens of Saudi women, including professors and Islamic feminists, who spoke to Human Rights Watch. Religious scholars also challenge the interpretation, including a former Saudi judge who told Human Rights Watch that the country’s imposition of guardianship is not required by Sharia and the former head of the religious police, also a respected religious scholar, who said Saudi Arabia’s ban on women driving is not mandated by Islamic law in 2013.

This is why, among many reasons, the guardianship system is being challenged — on Twitter and elsewhere — by Saudi women and their supporters. According to Vocativ, as of August 4, 2016, at least 170,000 tweets have been posted in both Arabic and English.

Saudi women suffer from the worst kind of slavery#TogetherToEndMaleGuardianship#سعوديات_نطالب_باسقاط_الولايه53

Saudi Twitter user Maram Mohammad Al Ajlan highlighted the fact that Saudi Arabia has promised to end male guardianship on two occasions, in 2009 and in 2013:

Ri, who tweets at @ipergh, shared a photo of graffiti she did on a wall in Riyadh, which reads “we demand the fall of male guardianship of Saudi women”:

I did it myself and sprayed on one of the walls of Riyadh. In my name and in the name of every Saudi fighter

Abdullah Moqhem Al Moqhem tweeted to his more than 20,000 followers:

Women’s demands to end the male guardianship doesn’t mean the separation of women from their husbands, fathers or brothers. All they’re asking for is a right to choose their own fate in life.

Mohammad Ali Mahmoud shared with his 35,000-plus followers his belief that:

Hajar, who tweets at @chanhxo, said that she will defend women's rights regardless of their nationality.

I will stand with women’s rights until my death. Whether Saudi or Afghani, I will not accept injustice against women

The campaign also attracted substantial international support. One blogger at “The Paludians” tweeted her solidarity from Italy:

Solidarty to Saudi Women from Italy, hope can rise in a new world that respect you, also here in Europe. #togetherToEndMaleGuardianship

Of course, not everyone was pleased with the campaign. The hashtag also received some criticism, mainly from ultra-conservative Saudi men who find the movement to liberate women from male guardianship a part of the “liberal agenda” to corrupt Saudi society:

What is being passed around in the media and social networking websites by manipulated teenage whores doesn’t represent Saudi Arabia or Saudi women.

Such positions are not surprising, considering that Saudi Arabia was ranked 134th out of 145 countries by the World Economic Forum's 2015 Global Gender Gap Report, but Saudi women continue to fight in the hope that the status quo will soon change.