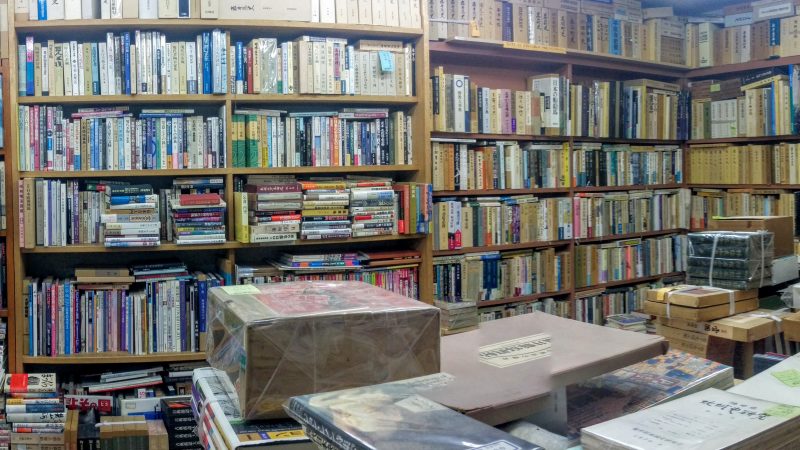 It is estimated that Japan publishes more than 50,000 books each year. While Japanese publishers may be producing more and more content — even as as readership declines — Japan is still home to more bookstores than the United States (which has more than double the population of Japan).

The country still likes to read, and there is an entire universe of Japanese books to explore. Even if you don't read Japanese, there are bloggers writing about Japanese literature. Here are four of them…

A Little Blog of Books

Devoted to literature from all over the world, A Little Blog of Books includes regular updates on the world of Japanese publishing.

Recent posts on Japanese books include a review of ‘The Nakano Thrift Shop’ by Kawakami Hiromi. About the book, Clare, who runs A Little Blog of Books, says:

Originally released in Japan in 2005, ‘The Nakano Thrift Shop’ tells the story of Hitomi Suganuma who starts working as a cashier selling second-hand goods in a thrift shop owned by the mysterious Haruo Nakano. He has several ex-wives and is having an affair with Sakiko while his older sister Masaya is an artist who regularly pops in and offers guidance. Meanwhile, Hitomi is largely preoccupied with another employee, the introverted Takeo, who helps Mr Nakano with house clearances.

Oe Kenzeburo, Haruki Murakami, Yoshida Shuichi and other Japanese writers are also reviewed on this site.

Based in the United Kingdom, Damian Flanagan blogs regularly about a lot of different subjects, including Japanese literature. Topics include Japan's strangest book and ill-fated Japanese literary superstar Mishima Yukio.

One of Flanagan's recent blog posts explores Shiba Ryotaro, one of the most popular writers of post-war Japan:

Shiba is a wildly popular Japanese author whose long historical sagas such as ‘Ryoma Sets Out’ (‘Ryoma ga Yuku’) and ‘Clouds Above the Hill’ (‘Oka no Ue no Kumo'; co-translated into English by Julie Carpenter) have sold 21 and 15 million copies respectively. I must confess that I have never read either of these best-selling books, but I am attracted to Shiba's voluminous travel writing – contained in a series called ‘On the Road’ (‘Gaido o Yuku’) – which describe both his journeys within Japan and to destinations across the world.

As part of his ‘On the Road’ series, Shiba Ryotaro wrote travelogues about many places around the world, including Ireland. Flanagan notes that Shiba had fresh insights that may not have occurred to a writer from a Western background:

When Shiba finally gets out to the West of Ireland and the Famine Road, he looks down at the sea and ponders why there was such a terrible famine when there were fish in the sea and such delicious seaweed to eat. Perhaps a fatuous observation, but one that highlights the profoundly different culinary heritages of two island nations.

Flanagan's blog transcends literature and is an all-round interesting read.

No-Sword is “a blog about Japanese language, literature, culture and art” by Japanese-to-English translator Matt Treyvaud. The blog frequently provides compelling insights about classical Japanese — and even Chinese — as well as the history and etymology of the English language.

While Treyvaud will blog about formal monkey linguistics or speech report constructions in Ainu, he has also translated, into contemporary English, ‘Botchan’ — one the most beloved books in Japanese literature.

About his translation, Treyvaud says:

This is my breakneck, two-fisted translation of Botchan, one of the funniest novels in modern Japanese literature. [It] has been given a comprehensive going-over — but one careful to preserve the profanity and urgency of the first edition!

‘Botchan’, written by Soseki Natsume and published in 1906, tells the comic story of a hapless teacher's short stint at teaching in rural Japan. It has long been required reading in Japanese schools. 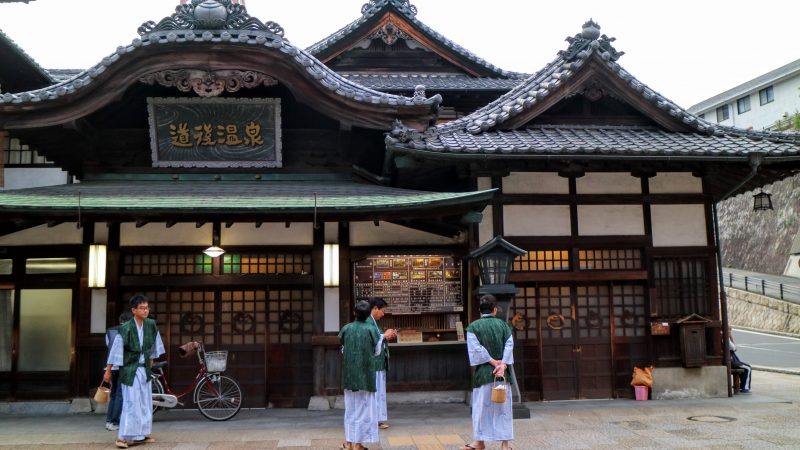 Treyvaud includes a short sample of his translation of this classic, which can be downloaded at a nominal price.

The Japanese Street View Blog explores, using Google Street View, scenes all over Japan. One blog post that should not be missed is devoted to Jimbo-cho, a district in central Tokyo famous for its used bookstores. 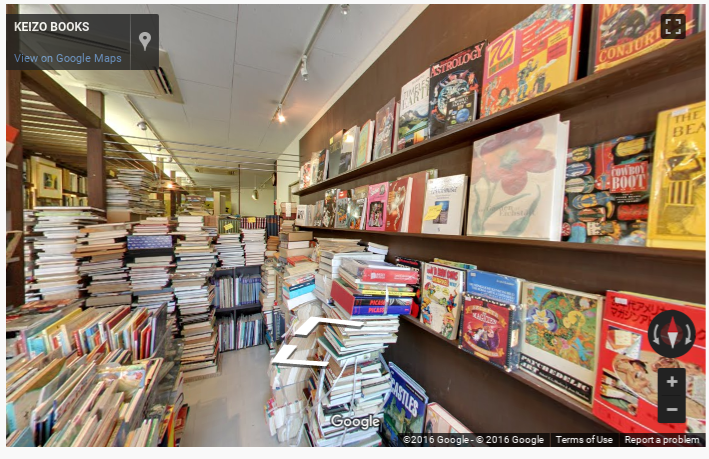 Kanda, Jimbocho has long been known as a book town. There are a lot of cafes that authors frequent when they want write, so it is also known as a town famous for its cafes. This time, I will take you on a small tour of Jimbocho with Street View.

The blog post is an in-depth guide to this “book town” in central Tokyo, and provides detailed directions to various bookstores in the neighborhood. And if you can't make it to Japan, the Google Street View scenes embedded in the blog post give a fascinating glimpse into this unique corner of Tokyo.