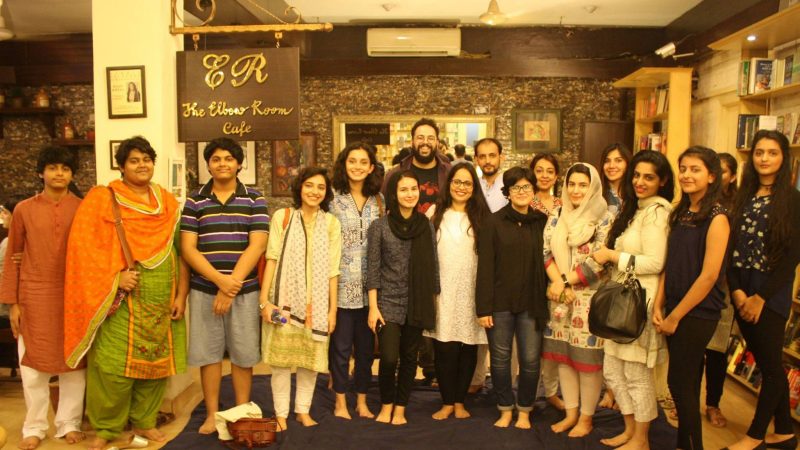 Lawyer and activist Zainab Chughtai, who is also the founder of BullyProof — a social awareness campaign that works to prevent bullying in Pakistani schools — is now taking on body shamers by holding sessions with students and sharing stories of young women who are fighting back.

A viral Facebook video features young women sharing everyday stories of being body shamed. “Have you looked at the way you lie down? You look so vulgar,” one woman reports she was told. “[As] a 14 year old [I] had to hear comments that I would never get a marriage proposal,” another adds.

At one point in the video, Chughtai herself shares a heartbreaking anecdote: “I was told that the grave that'll have to be dug for me would have to be pretty deep,” she says, fighting back tears. Another woman admitted to having an anxiety attack at the tender age of 15 because of all the body shaming she was put through: “I was taken to the hospital, where they found out that I had hyperthyroidism, a metabolic syndrome due to which I was gaining weight drastically.”

Zainab Chughtai: you have no idea how wonderful this is. I wish I could have been a part of it – because this body shaming was so bad for me as a kid. I try my best to make sure my daughter doesn't care about how she looks […] that she should respect her body as it is. I see her chubby thighs and know she will always have trouble buying pants but I want her to NOT care. What a long fight we have.

In June of this year, Pakistan's defence minister, Khawaja Asif, came under fire by both opposition lawmakers and citizens when he made misogynistic remarks against fellow parliamentarian Shireen Mazari. Asif, who was attempting to silence Mazari during a parliamentary discussion on power outages, said in an attempt to body shame her: “Someone make this tractor trolley keep quiet.” He added, “Make her voice more feminine.” Asif's remarks sparked an outcry and though he was forced to apologise, his attitude revealed how body shaming is often used to silence women.

Never in my life have I had a more fulfilling experience. Body-shaming is an issue so close to my heart yet such a sensitive subject to talk about that I was afraid it would make audiences uncomfortable(unlike actual fat-shaming-everyone's cool with that). Yet, as I stood there with the support of nine amazing women, I could not have felt happier as the crowd laughed and hooted at every line I said. And when they stood up from their seats to tell me that they understood, I found it difficult to hold back my tears. United, we stand UP! This one's for all my fatties, with love.

Chughtai's campaign counters attempts at humiliating women about their bodies by educating both young women and men about bullying, with a particular focus on body shaming. She explains:

This is us taking back our own bodies, and owning our own skins. We are enough. I am enough. This is the beginning of something beautiful, and the first of many more such confessionals to come.